My East Fjords: Iceland's Hidden Side

Eastern Iceland is something of an enigma. Here in this quiet region—home to only about 3% of Iceland's population—is the country's largest forest, a town with French street names, some odd attractions and herds of wild reindeer. It's got rugged fjords, great hiking trails, puffin watching spots, villages with loads of character, lighthouses, roads hugging steep cliffs, jaw-dropping mountain views and some of the best coastline scenery in Iceland.

But what it doesn't have is a lot of attention or crowds of visitors, even though everyone on a Ring Road journey drives through the region. Here to shine a light on the underrated East Fjords is Aníta, one of our travel consultants in Iceland, who below shares some of the area's best "secrets" with us.

This is a unique little museum located in Stöðvarfjörður. It's actually the former home of Petra, an area woman who collected many types of rocks from East Iceland over decades. Now her children and grandchildren take care of running the museum during summer, and it is always getting bigger and bigger! This summer they opened a little café outside, and on a nice sunny day it is wonderful to walk around Petra‘s garden and see all those beautiful stones. 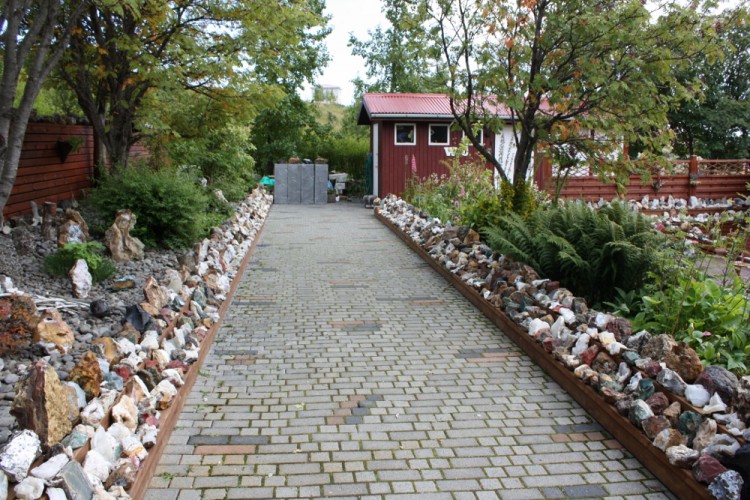 Petra's museum is reputed to have one of the largest private rock collections in the world!

Skrúður is an island known for its steep 160 meter-high basalt cliffs. There is rich bird life there, and some years ago it was popular among the locals for egg collecting and bird hunting but it has had a protected status since 1995. If you're driving through the Fáskrúðsfjörður area, make sure to pull off the road for a view of this this beautiful island. Perfect for photographers! 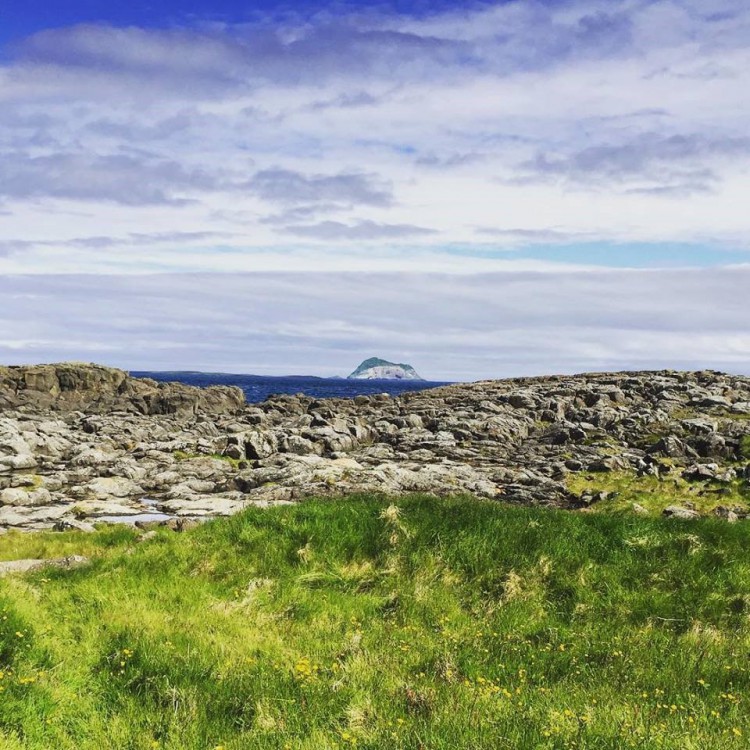 Skrúður Island is home to many bird species and (according to local folklore) a giant. Best keep your distance!

It is so relaxing to sit on this pier, looking at the big mountains and listening to the sea. This is in a town called Fáskrúðsfjörður, which is known as Iceland's "French town". Between 1900 and 1935 it was the main base for French fishermen operating in the area, so the street names are also listed in French. Every July the town has a French Days Festival and the old French hospital (built 1903, now renovated and part of the hotel) is said to be haunted. 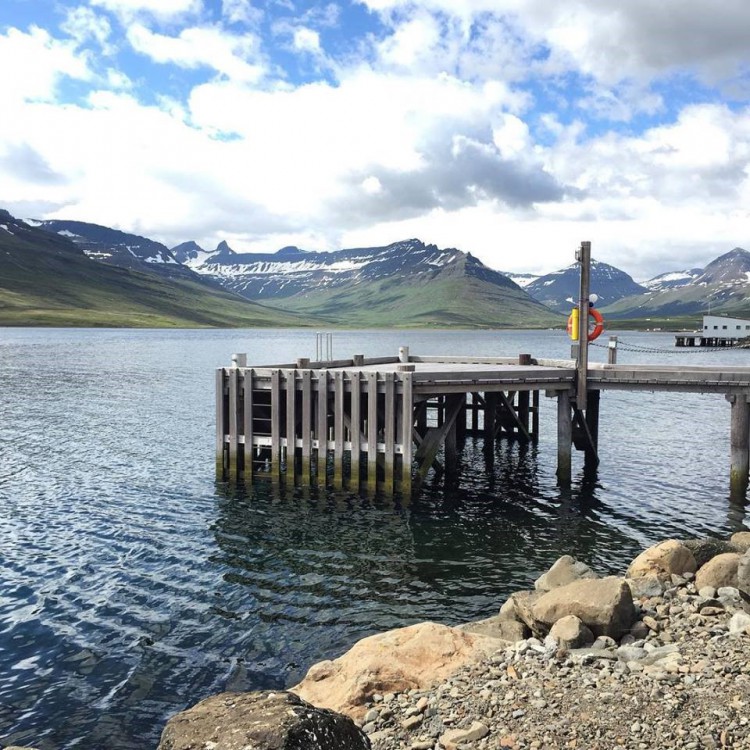 The pier at Fosshotel Austfirðir. Can you see why the French fell in love with this town?

This is a campsite by the Lagarfljót river, which according to local folklore is inhabited by a big monster worm, like the Loch Ness Monster. This area is so beautiful and quiet because it is surrounded by the trees of Iceland's largest forest, Hallormsstaðaskógur. On a nice summer day I recommend renting a paddle boat for a ride out on the river. 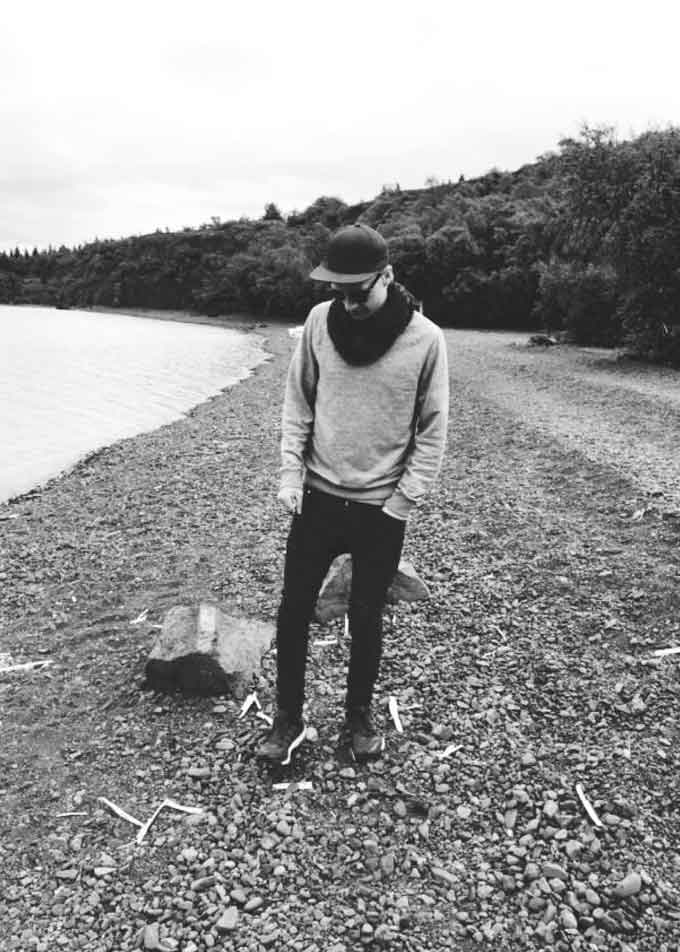 Aníta's travel companion was disappointed about not seeing Lagarflótsormurinn (the worm of Lagarfljót).

I can definitely recommend Salt Restaurant, a very nice café and restaurant in Egilsstaðir, the biggest town in the East Fjords. Try the chicken nachos and the cakes! I also have to mention Hotel Hildibrand in Neskaupsstaður...the food there is amazing, especially the lobster and the chicken salad. If you want something fancier than a hot dog or burger from the convenience stores, these are excellent places to go. 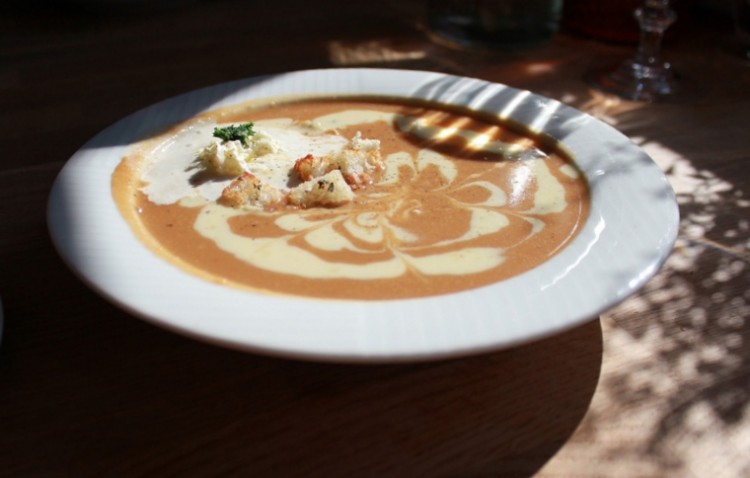 You're in a place dominated by old fishing villages...you might as well have seafood! Try some lobster soup in Iceland!

My favorite in the east fjords! Few people know about this one, because it is hidden away behind the town of Reyðarfjörður. To find this, you will need to find a place off the road to park and hike up to the waterfall along the Búðará River. It takes about an hour there and back. 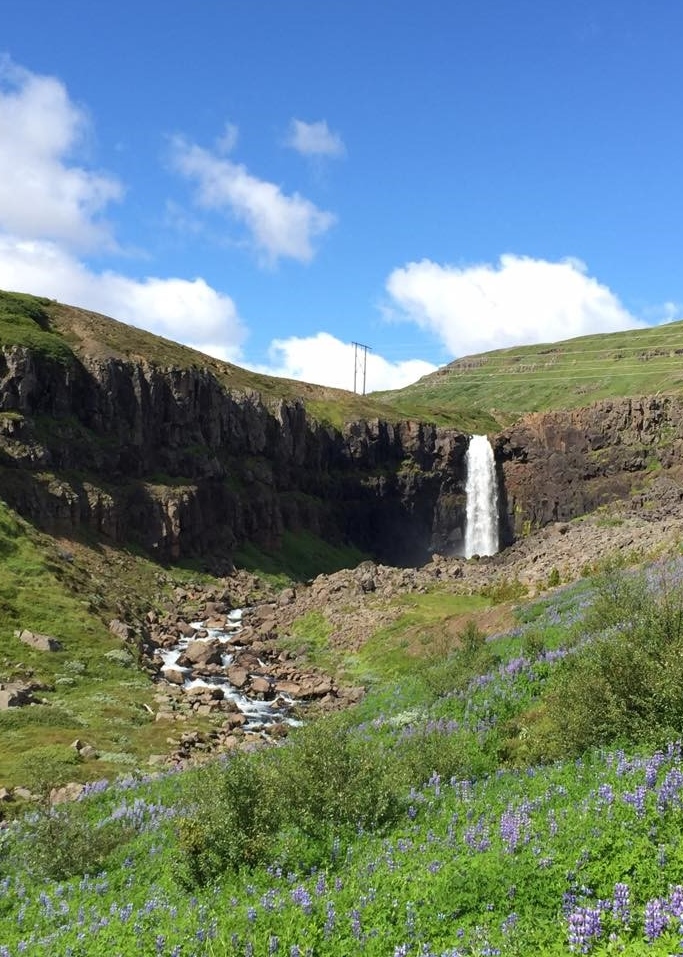 Reaching Búðaráfoss waterfall requires walking on uneven terrain, so good hiking boots are a must.

The church in Seyðisfjörður

This is one of my favorite churches in Iceland. It is  small, cute and blue! If you like churches or old-fashioned architecture it is definitely worth the drive to Seyðisfjörður, which is a lovely little town with lots of character. Some scenes from The Secret Life of Walter Mitty were filmed here, and the town is becoming better known as the East's creative hub as it hosts the annual LungA arts festival. 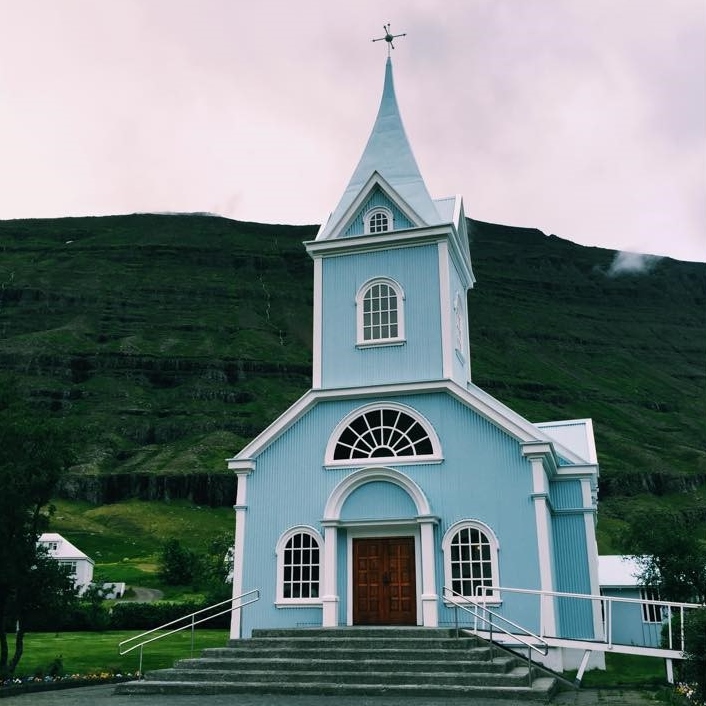 The beloved blue church of Seyðisfjörður. The whole town is full of colourful little wooden houses. 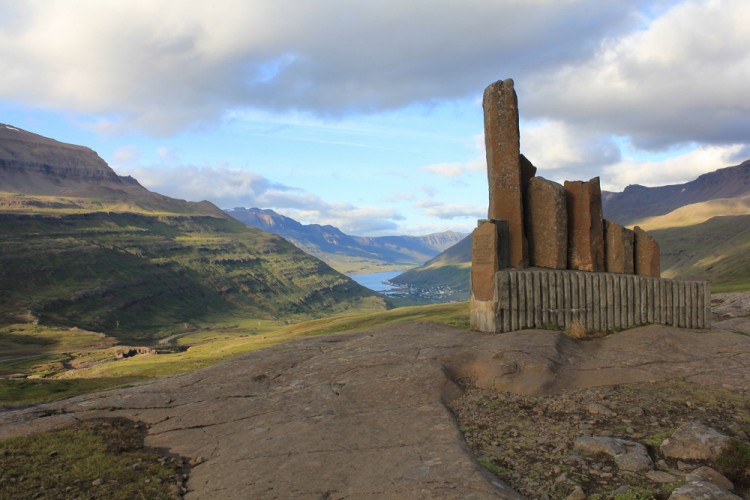 The trip to Seyðisfjörður is worth it just for the drive and the mountainous surroundings!

If you want to spend some quality time discovering the secrets of the East Fjords, we highly recommend Nordic Visitor's Iceland Full Circle at Leisure self drive tour, which gives you more days between Southeast and Northeast Iceland than other circle tours.

This post is part of our “My Destination” series, in which we ask our staff to tell us about their favourite highlights from our Nordic destinations. Would you like to ask your own questions about planning a trip up north? Drop us a line!

11 Weird and Unusual Things to do in Iceland