Tromsø: One of Lonely Planet's Best in Europe 2015

When Lonely Planet released their list of the best places in Europe to visit in 2015, we gave a little cheer for not one, but two gorgeous Nordic destinations receiving a nod.

Akureyri was named the top European destination of the year and the gorgeous Tromsø, Norway snagged the 9th spot on the list.

While Lonely Planet's blurb about this oasis in Norway's far north focused on the undeniably cool Krystall Hotel that is slated to be opened by Christmas 2016 -- it's a floating glass hotel in the middle of a picturesque fjord! -- we can think of a few more things to love about Tromsø that you can experience right now...

A ship navigating the Sandnessundet straight between the islands of Tromsøya and Kvaløya. 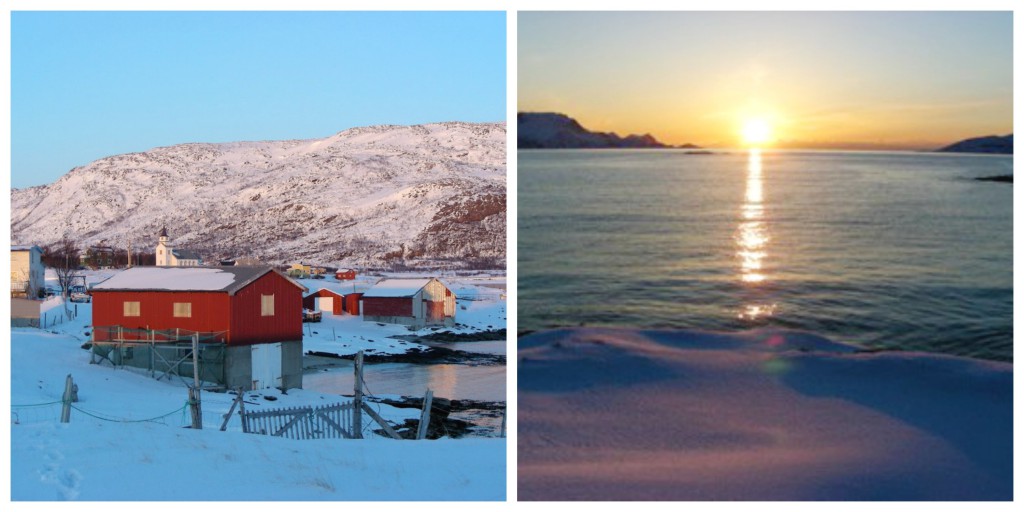 A short journey outside of central Tromsø brings you to the Barents Sea and some more stunning scenery.

There's no denying it: Tromsø and the surrounding are is absolutely stunning. The city, itself, with roughly 70,000 inhabitants, is easy and enjoyable to navigate by foot and boasts a lovely pedestrian street in its centre. Outside the city centre, the area is a never ending expanse of incredible scenery.

Embark on a short (but scenic) trip up Mount Storsteinen aboard the Tromsø  Cable Car and you'll be hard-pressed to leave your eyes resting in one place for too long. The colourful and picturesque city creeps up a hillside in one direction, the sun glistens off Sandnessundet straight in another, and all around are mountains, mountains, and more mountains. From this vantage point it is hard not to feel like you are on top of the world. 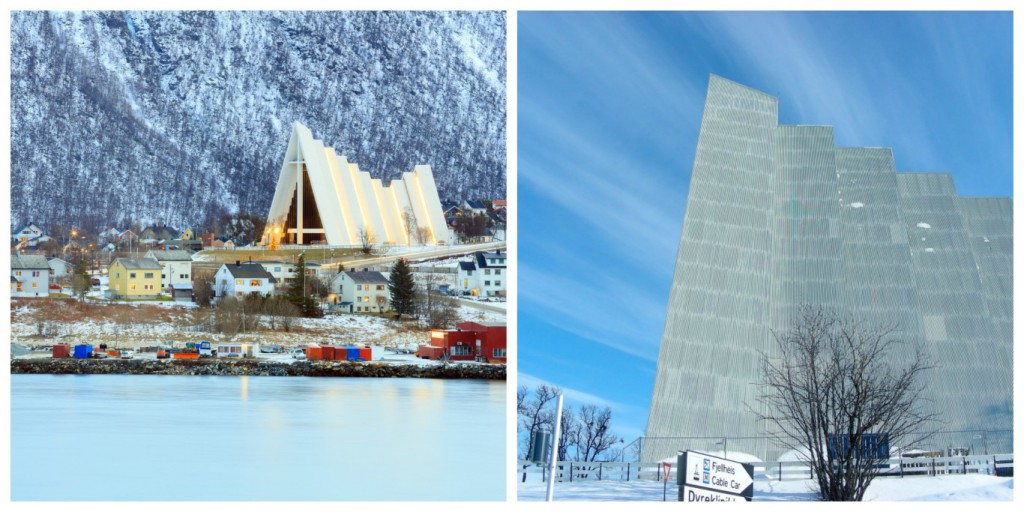 Tromsø's Arctic Cathedral is an impressive jewel in the city's landscape.

The modern-day landmark of Tromsø is the Arctic Cathedral, a parish church built in 1965 that is sometimes called the "opera house of Norway" due to its similarities to Australia's famed Sydney Opera House. The church is situated on the island of Kvaløya, across the straight from central Tromsø, making it visible from many points in the city.

And if striking modern architecture isn't your thing, then perhaps the charming wood structures that have been meticulously maintained throughout the town will be. Tromsø Cathedral is the only wooden cathedral in all of Norway and the northernmost protestant church in the world. 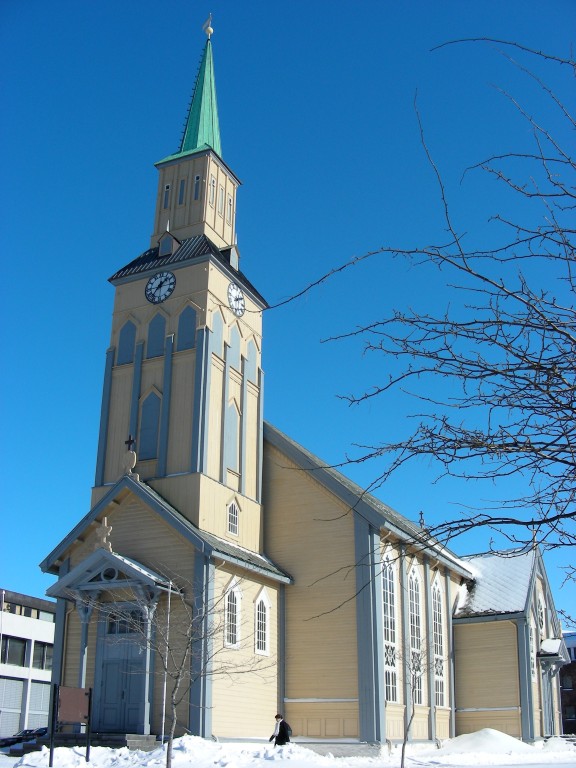 Tromsø Cathedral is the only Norwegian cathedral made of wood and is the northernmost protestant church in the world.

Though the existing cathedral was built in 1861, it sits on a site in the centre of Tromsø where a church has likely stood since the 13th century.

Though Tromsø is the largest Norwegian town North of the arctic circle, it is still very isolated and surrounded by large expanses of wilderness. What this means, in addition to providing lots of nature to gawk at and minimal light pollution in the winter months -- Tromsø enjoys the most sightings of the northern lights annually -- is ample wildlife. 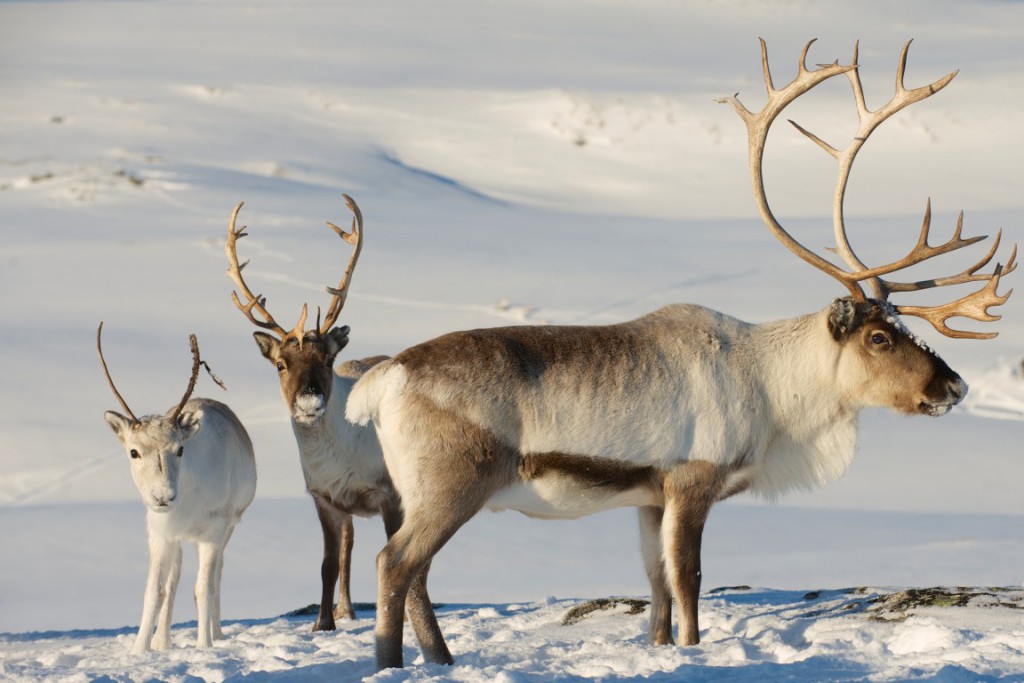 Reindeer are plentiful in Troms. You're all but guaranteed to come across one -- or more than one -- walking long the roadside or grazing nearby.

You're likely to spy a reindeer or two or three grazing in the woods alongside the roadways, or crossing the road ahead of you... so do try and resist the urge to stare up at the mountains or out to sea when you're behind the wheel. The area also hosts a wealth of birdlife and an island inhabited solely by musk ox!

Interested in checking out this vibrant northern hub? Here are some vacation packages including Tromsø:

All tours can be tailor-made according to your preferences. Simply get in touch with one of our travel experts to make your dreams a reality.