A little something about Icelandic holidays

Icelanders love to celebrate. In fact, nary a week goes by over the summer months when there isn't some festival or party going on to bring people out of their homes and into the streets for some fun.

Arguably the most important day to celebrate is June17th, Iceland's republic day. So here is a little something about that special day and a few other uniquely Icelandic holidays...

Every country has a big day to celebrate itself. Canada has July 1st and England has April 23rd, while Americans go all out for July 4th and the French do it up on July 14th. 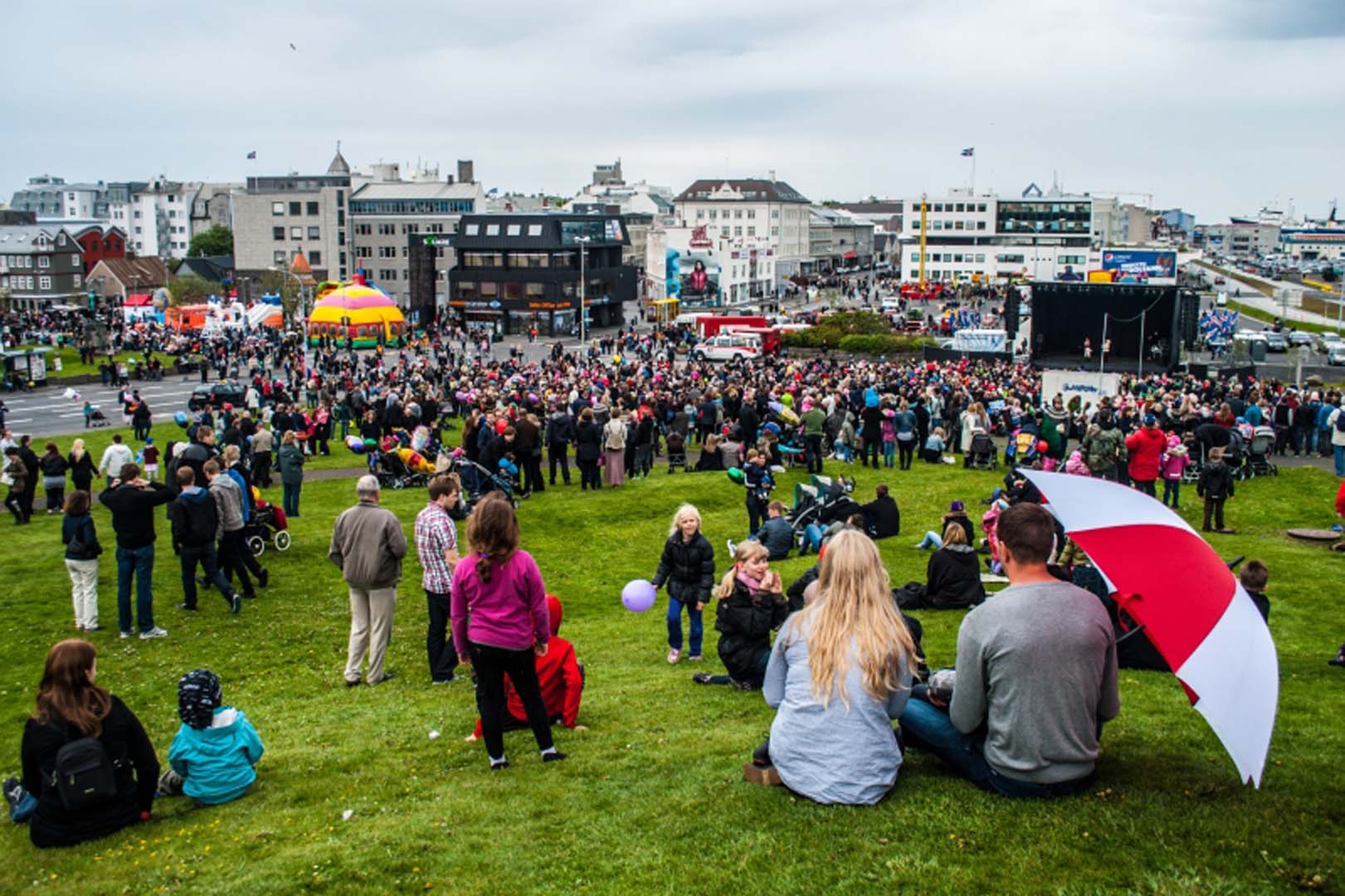 Iceland is no exception, and on June 17th every year Icelanders mark the 1944 foundation of their republic and independence from Danish rule. The day also happens to be the birthdate of Jón Sigurðsson, the leader of the Icelandic independence movement and the face that adorns the 500 ISK note. 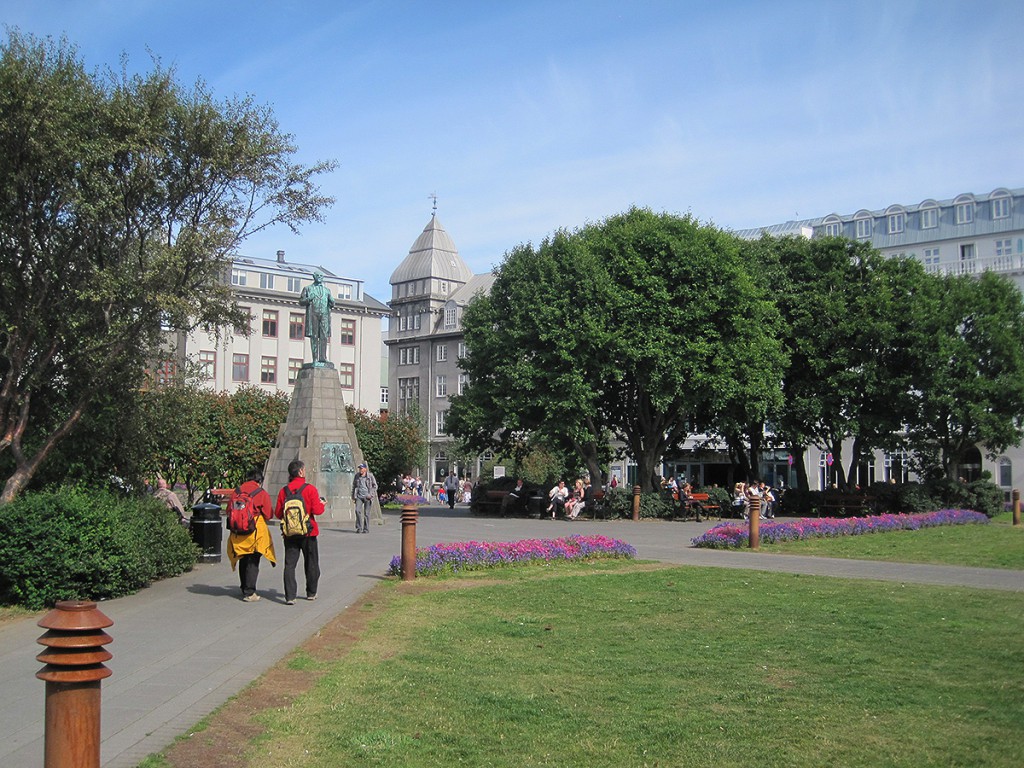 A statue of Jón Sigurðsson stands in Austurvöllur square in Reykjavík, where he can keep constant watch on parliament.

June 17th is celebrated throughout Iceland with great fanfare. In the capital, Reykjavík, the day begins with pealing of the bells at Dómkirkja, the church beside Alþingi (parliament building) in Austurvöllur. The official schedule then sees the Prime Minister make a remark, and the president lay a wreath at the statue of Jón Sigurðsson that stands in the center of Austurvöllur, overlooking Alþingi.

In addition to a number of parades throughout the day, the city will be swarming with merry-makers  ohh-ing and ahh-ing over vintage cars displayed by Harpa concert hall, or dancing along with the music being performed on stages throughout the city. 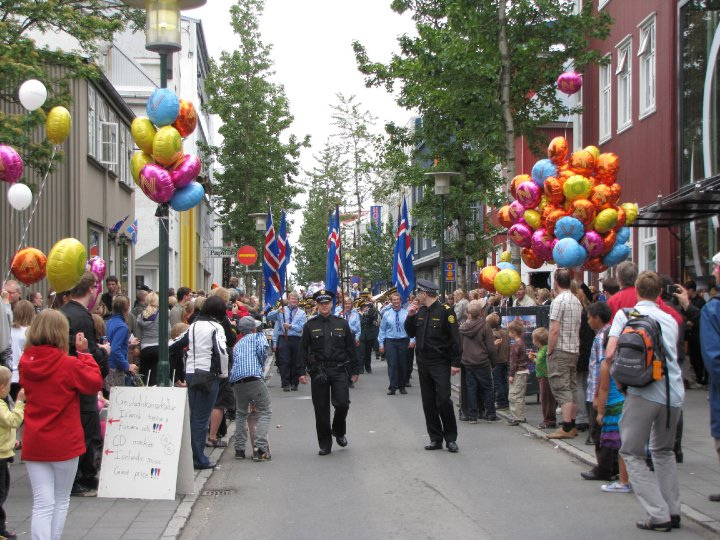 Fun times in the streets of Reykjavík to celebrats June 17. (Source)

A distinct feature of June 17th is the abundance of helium balloons bobbing around through the throngs of people. Balloons in all shapes and sizes and bearing the likeness of all sorts of popular children's characters will be. The capital city is transformed into a massive carnival for the day and everybody has a good time with it... even though it's expected to rain on the 17th every year.

What's that? Iceland has a day celebrating beer? One of the many fun tidbits of trivia you may learn about Iceland is that it was a dry country for many years. From 1915 through 1935 all alcohol was prohibited in the country, and beer remained outlawed until 1989. 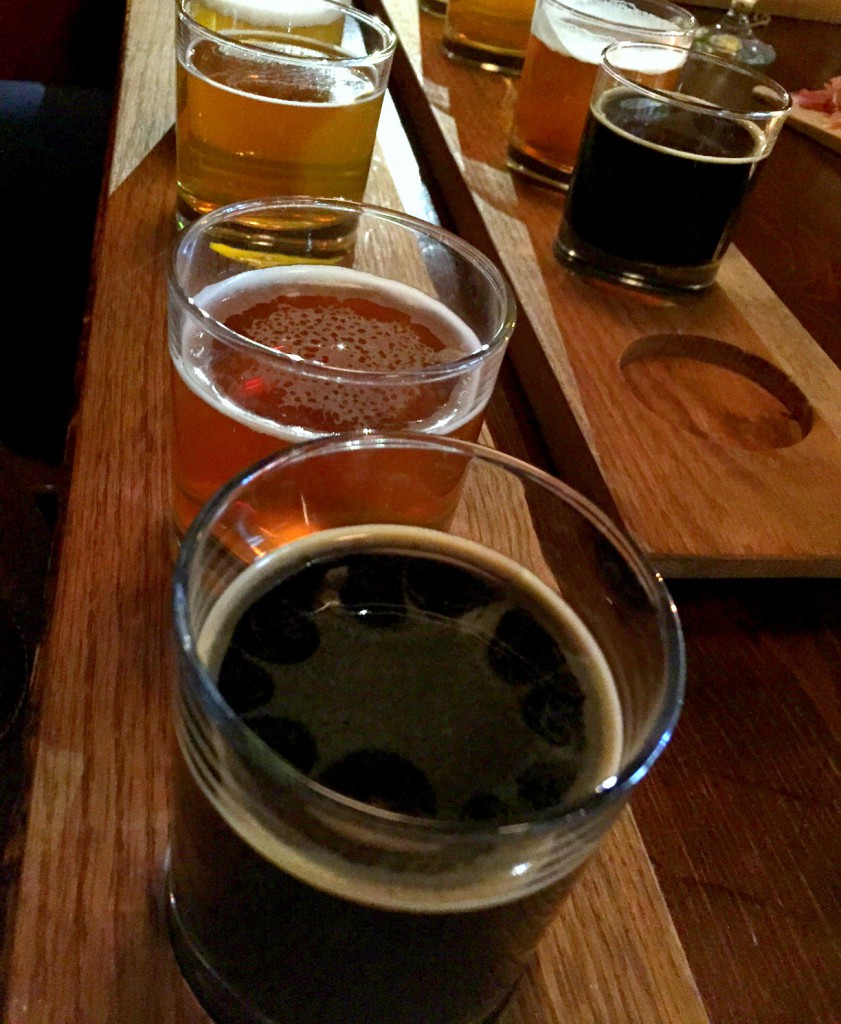 Grab a cold one to celebrate beer being permitted in Iceland since 1989.

Now, every year on March 1st, Icelanders mark the legalization of beer in the country by raising a frosty glass or two. Skál!

Could these seals in Jökulsárlón come to life on Jónsmessa? (photo by Bob Quinn)

The midnight sun is important to Icelanders. It is awfully beautiful. And on June 24th every year Icelanders celebrate the summer and sun with Jónsmessa, or Midsummer. Though the day is named for John the Baptist, Jónsmessa traditions in Iceland are more superstitious than religious. 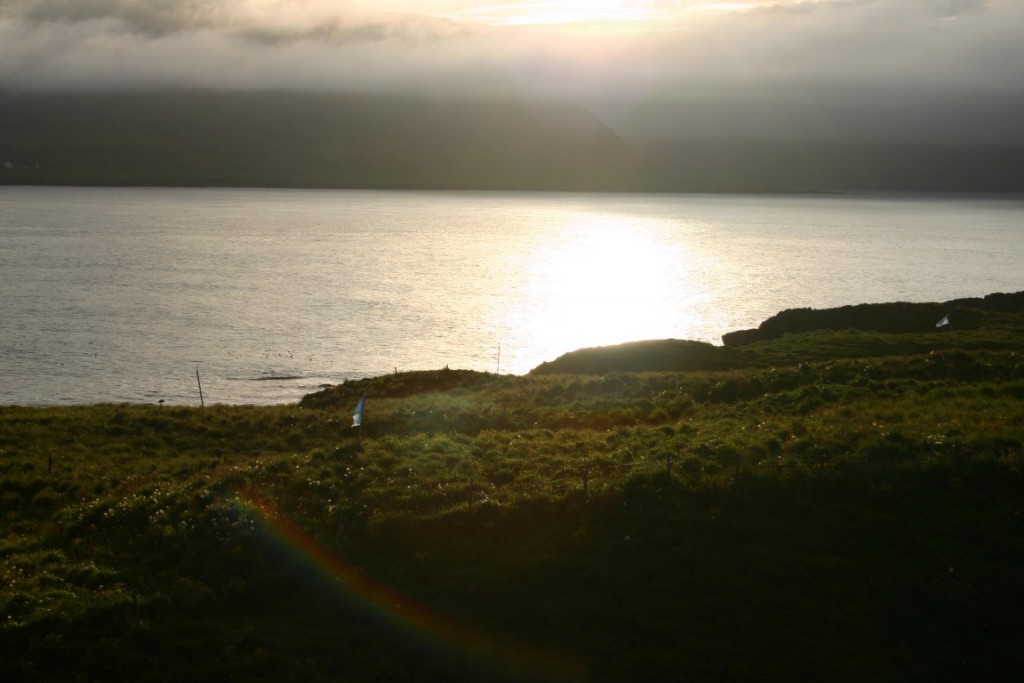 This seaside meadow in Bjorgarfjörður looks like a good place to roll around in the morning dew...

It is said that cows are able to speak on Jónsmessa and seals become human. Moreover, it is good fortune to roll around naked in the morning dew on the 24th, a custom still practiced today by those particularly dedicated to the holiday.

Less quirky and more quaint is Þorláksmessa, or the feast of Saint Þórlak, the patron saint of Iceland. This saint day takes place every year on December 23rd and, for Icelanders, it marks the beginning of Christmas. 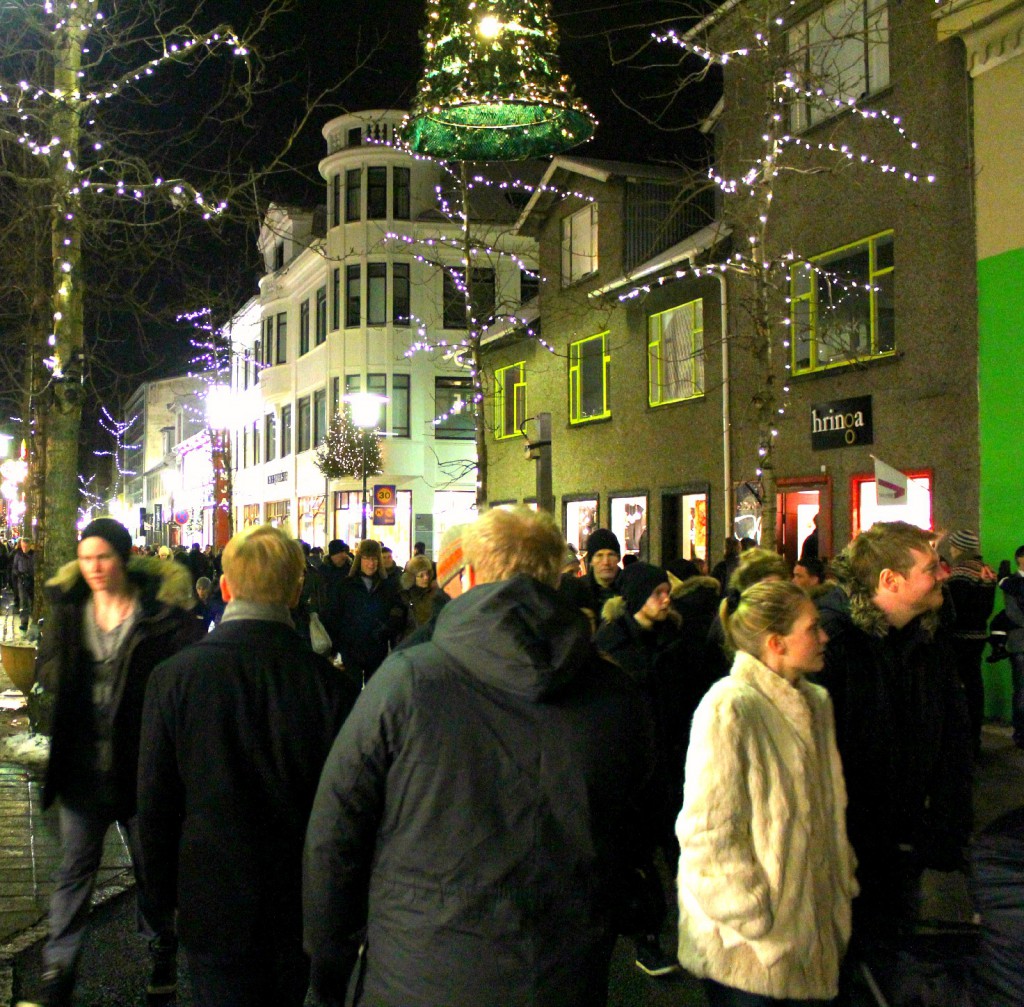 In Reykjavík, hoards of people take to the streets on the evening of the 23rd to finish (... or start) their Christmas shopping and to greet their friends and family along the way. Stores stay open late for the occasion, and there are often performers singing Christmas carols and vendors selling goodies along Laugavegur.

Oh, and the whole country stinks of rotten skate...

Icelanders celebrate Þorláksmessa by feasting on skate that has been burried and fermented and then boiled. The aroma is often so strong that it wafts out of homes and fills the streets. Yum!

Bolludagur translates, roughly, to 'cream puff day' and falls on the Monday before Lent each year. While many who celebrate Lent feast beforehand, one tradition of Bolludagur is something uniquely Icelandic. 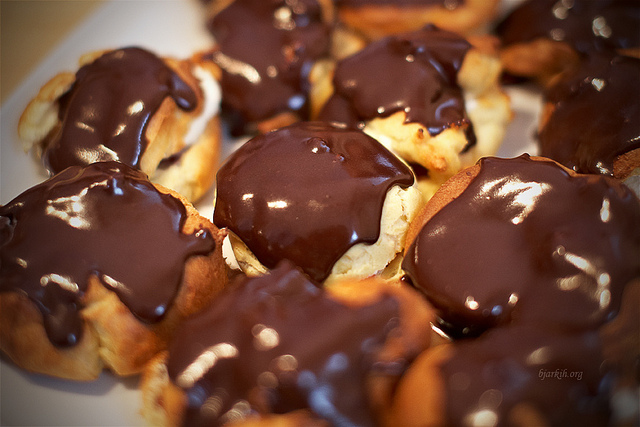 Most people eat more than one bolla to celebrate bolludagur (Source).

The general point of the day is to eat delicious cream puffs -- airy pastries stuffed with whipped cream and often drizzled with chocolate -- but the tradition for children is to decorate special wands for the occasion. They then use these wands to spank their parents while shouting "BOLLA, BOLLA, BOLLA!" The number of spanks the child can get in (presumably before the parent loses their mind!) is the number of cream puffs the child will get from their parents.

Did you experience any unique or crazy festivities while in Iceland? If you're interested in coming over to Iceland to partake in some merriment just drop us a line!

Tags:
Iceland, A little something about

10 things to love about the Midnight Sun