What words come to mind when thinking of Norway? Fjords, definitely. Maybe trolls, Frozen or hiking? Well, here’s another word to remember when thinking of the westernmost nation of the Scandinavian peninsula: heritage.

Norway is home to a whopping 8 UNESCO World Heritage Sites! So, whether you’re a history buff or just go gaga for a good view, Norway’s UNESCO sites are worth the visit. 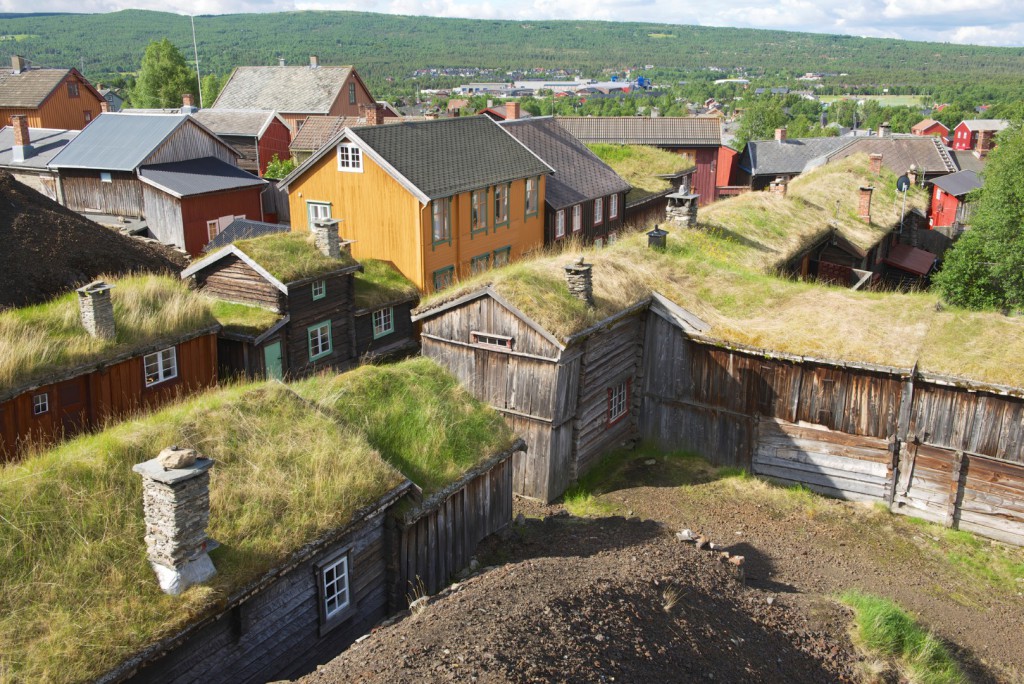 View to the traditional houses of the copper mines town of Roros, Norway. Roros town is declared a UNESCO World Heritage site.

Røros is something special, even by UNESCO standards. This historic copper mining town in south-central Norway was founded in 1646 and its remaining structures, all constructed of wood and many with turf-covered roofs, provide a detailed example of how a significant mining town – from mining operations and transportation to local way of life – was conducted.

What is particularly special about Røros is that it is still a functioning town thriving in the middle of a UNESCO World Heritage Site. The town has a population of roughly 3,720 that had continued copper mining until 1977 and now focus on such areas as tourism. 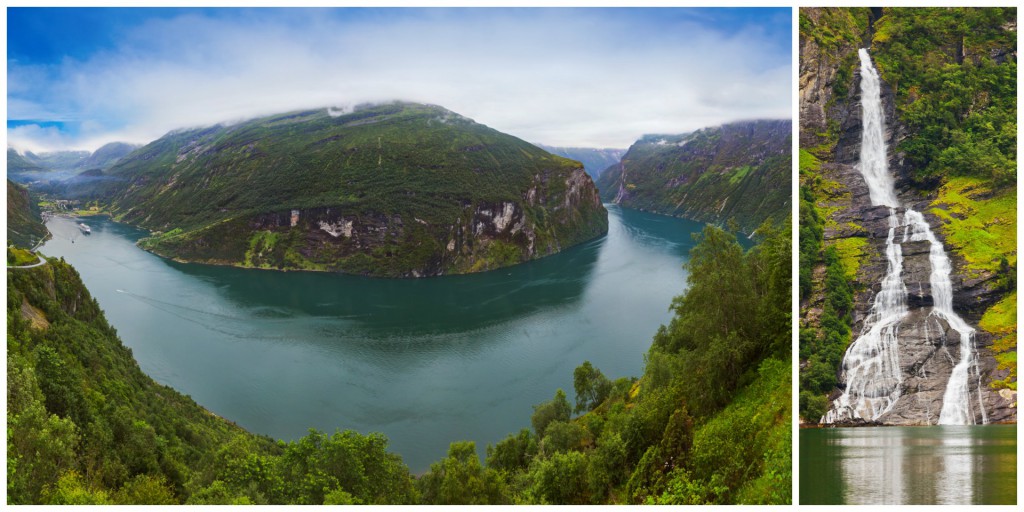 The exquisite Geirangerfjord and its waterfalls are Norway's most visited sites.


Nærøyfjord and Geirangerfjord were jointly named to the UNESCO World Heritage Site list in 2005 for representing archetypal fjord landscapes. They’re also two of the longest and deepest fjords in the world, with towering cliffs measuring up to 1,400 metres from their banks and extending 500 metres below the water’s surface in some places. 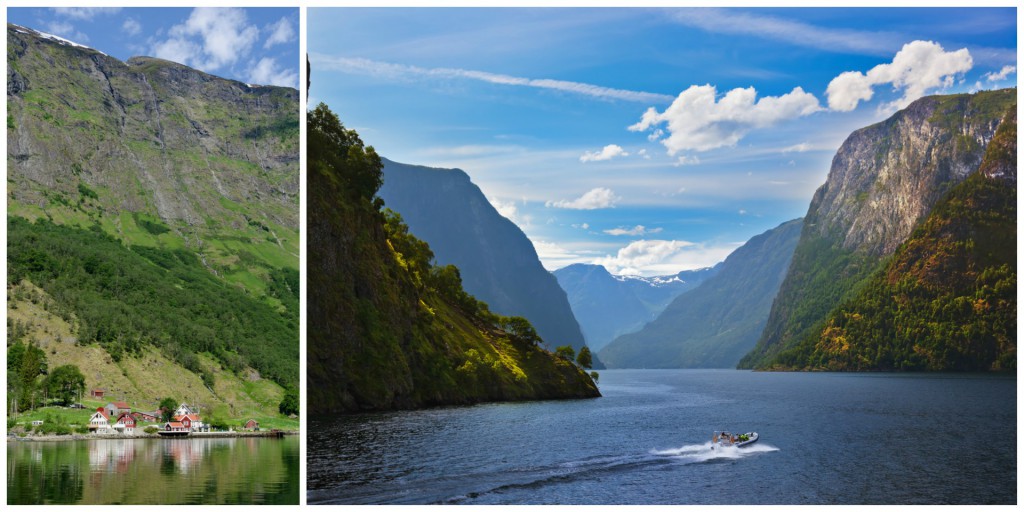 Nærøyfjord has been included among Norway’s UNESCO sites since 2005.


Perhaps of interest to younger travellers... Nærøyfjord was used as inspiration for Disney’s animated feature Frozen. So you may want to brush up on your rendition of “Let It Go” before you visit.

Meaning “The Wharf” in Norwegian, the seaside Bryggen area in Bergen is a reminder of the town’s roots as the centre of the Hanseatic League’s commercial activities in Norway.

Bergen itself was established before the year 1070 and the oldest piers have been dated to around 1100 – for history buffs, that makes it worth a visit right there! – and by the middle ages, round about the 14th century, Bryggen was taken over by Hanseatic merchants. 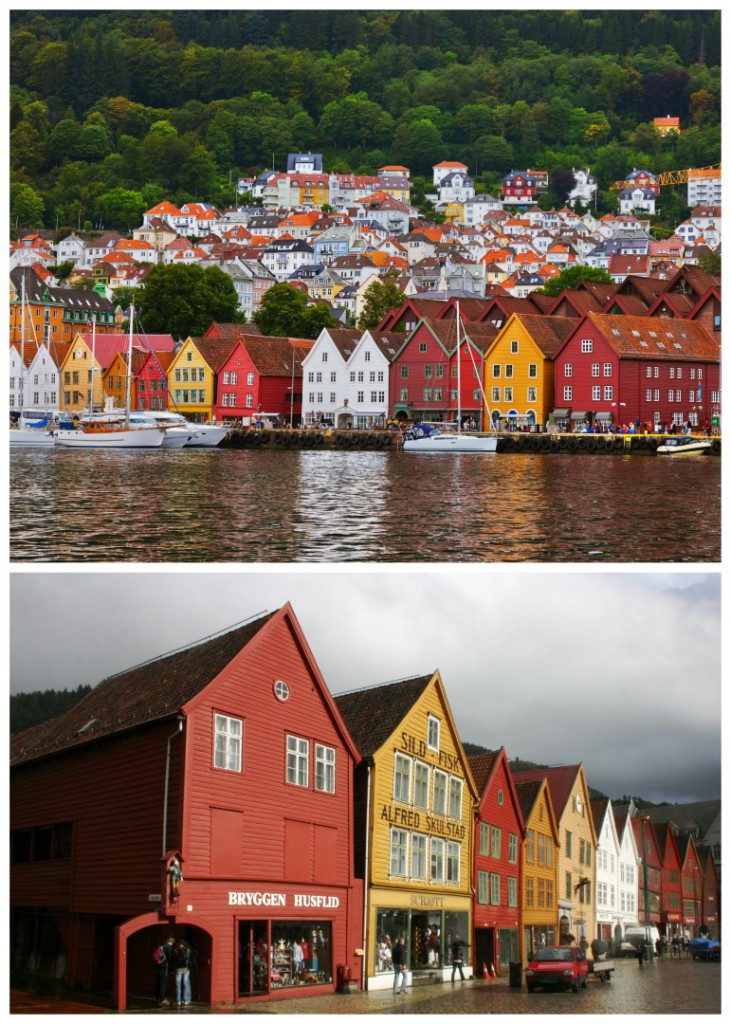 The area remained a hub for the Hansa until the mid-1700s, when all the buildings along the wharf were transferred back into Norwegian ownership. Today you can walk along the piers of Bryggen and pop into the colourful row houses thereon, which have been converted largely into shops, cafés and museums.

It’s almost inevitable that being a tourist in any European country will take you inside a house of worship at some point. Notre-Dame in Paris, Duomo in Milan, Reykjavík’s Hallgrímskirkja. The architecture of grand churches around the globe is fascinating to behold.

But nowhere else is there anything quite like Norway’s stave churches. Of particular importance is the Urnes Stave Church. Built in the year 1132, the wooden structure represents a link between Christian architecture and the architecture and art forms of the Viking Age. It is no longer a functioning parish church, but is used sporadically for special occasions like weddings and baptisms... now that would be a unique destination wedding! 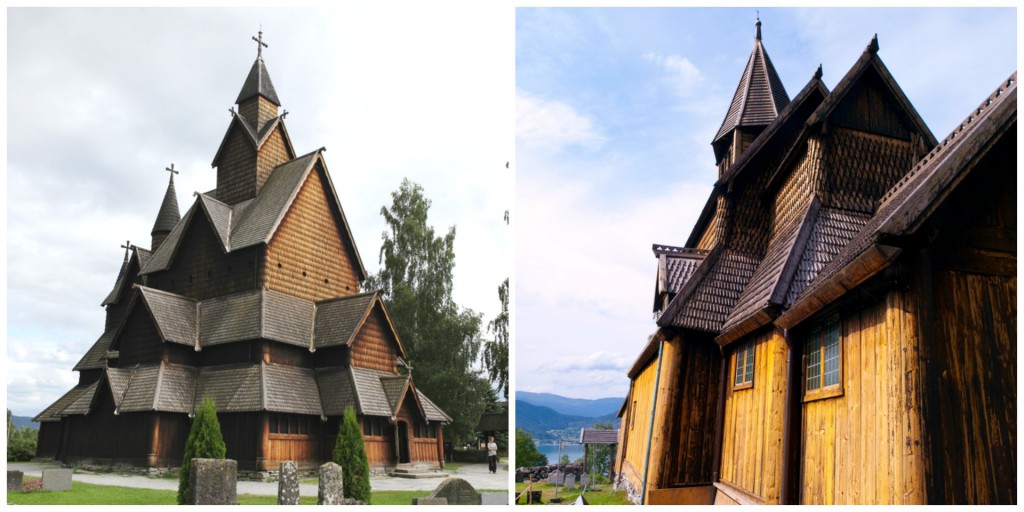 Norway’s stave churches are impressive feats of architecture. Pictured are the largest of its kind, in Heddal (left) and the Urnes Stave Church (right).


Aside from the Urnes Stave Church, other Stave churches exist throughout the world, with the largest in Norway being the Heddal stave church in Notodden, dating to the 13th century.

While the other sites on this list will appeal to history and travel buffs, the Struve Arc is one for geography nerds... it is a chain of survey triangulations that were established by a Russian scientist (Friedrich Georg Wilhelm von Struve) to measure the exact shape and size of the Earth. Talk about a massive undertaking! 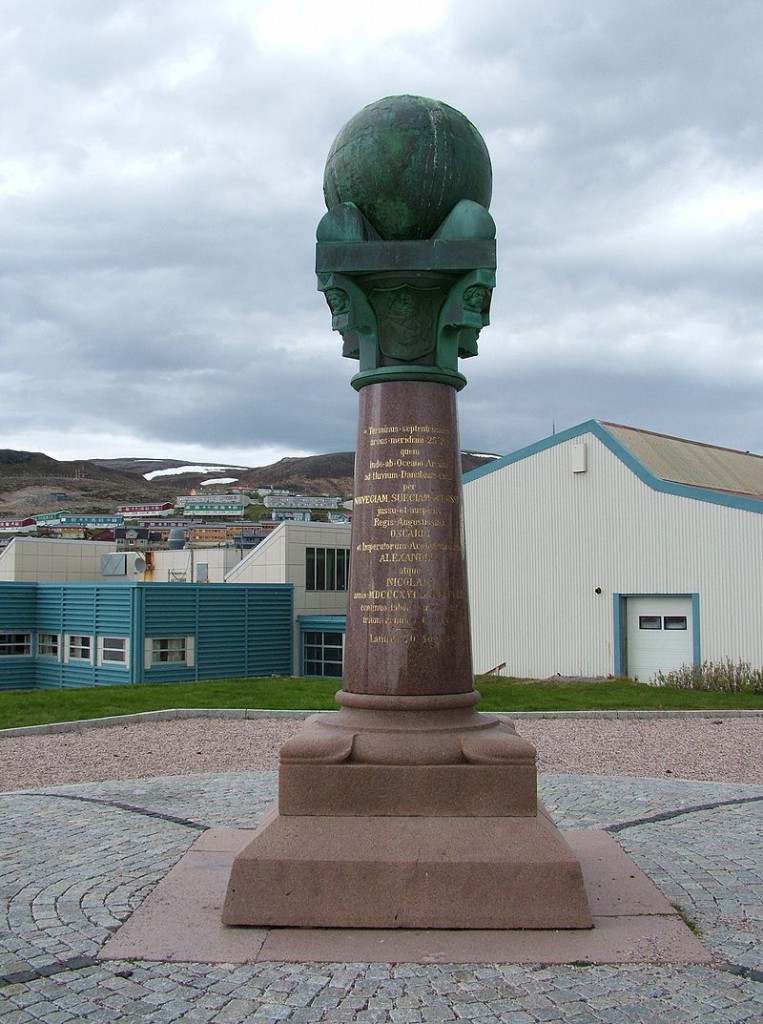 A plaque marking the coordinates of the Struve Arc in Hammerfest, Horway.


The chain of survey points stretches 2,820 km from Hammerfest, Norway in the north to the Ukrainian Black Sea in the south. The entire Arc was added to the UNESCO World Heritage list in 2005 and statues were erected at key points along the arc in 10 countries. Four such statues are located in northern Norway; one in Hammerfest, another in Alta and two in Kautokeino.

Vegaøyan, or the Vega Archipelago, is recognised by UNESCO on account of its evidence of how fishermen and farmers survived despite seemingly inhospitable surroundings. The archipelago, made up of dozens of small islands just below the Arctic Circle, feature quays, fishing villages and warehouses, remnants of farms and eider houses. 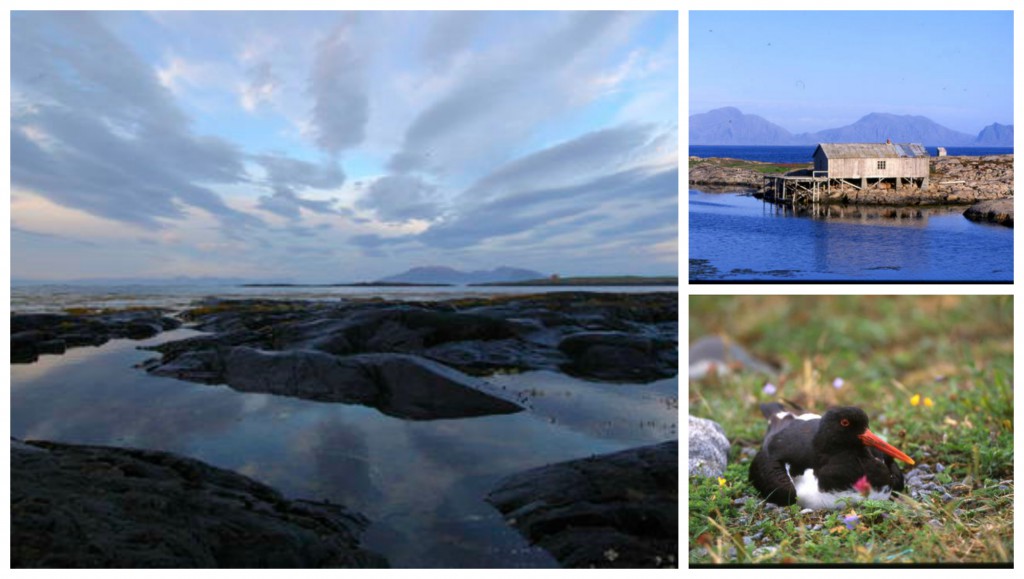 At one point, residents of the archipelago counted on the down of eider ducks to produce roughly a third of their income, and much of this industry was dependent on the work of women. Today Vegaøyan is yet another incredibly beautiful coastal area in Norway, still replete with birdlife and with hints of a once thriving industry. 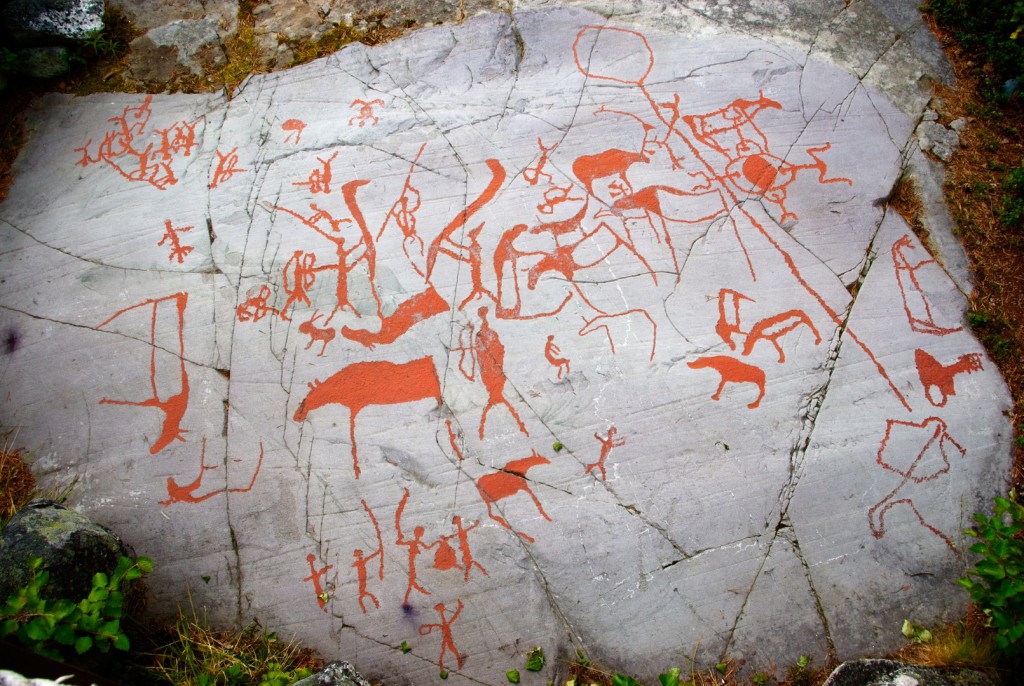 The rock art in Alta was inscribed on the UNESCO World Heritage List, the earliest carvings in the area date to around 4200 BC. The carvings are filled with a special red-ochre paint, which is similar to original painting


These rock carvings in Finnmark date back to 4200 BCE and depict life in Norway’s far north during the time of hunters and gatherers. A special red-ochre paint has been used in some of the carvings to make them more visible, similar to how they would have appeared when first made thousands of years ago.

Another Norwegian site that is on UNESCO’s tentative list of world heritage sites? Svalbard! We think that place is pretty special, too.

Visit some of Norway’s stunning UNESCO World Heritage Sites with one of our Norway tour packages, or contact Nordic Visitor to design your dream trip.

In Focus: 10 Must-Sees in Norway

In Brief: What to do in Bergen?

Norway in Focus: Get Over Your Fear of Heights