Wondering What to See in West Iceland?

Hot springs, rivers, quiet fishing towns, and a glacier accessible by foot await you in west Iceland. Reykjavík’s urban sprawl gives way to sheep grazing at the edge of huge craters, with Snæfellsjökull looming in the distance. Below are 8 highlights to consider on your trip out west.

Hraunfossar (the lava waterfalls) are a series of waterfalls streaming over 900 meters out of a lava field. The lava flowed from an eruption from a volcano lying under the Langjökull glacier. The falls are beautiful to visit in any season, and rainbows are frequently seen near the falls on rainy-yet-sunny days.

Its name being "Children’s Falls" in Icelandic, Barnafoss is a stunning waterfall named for children that disappeared from a nearby farm and drowned in the river. Lore has it that the mother of the lost children put a curse on the falls that people should not cross the river. 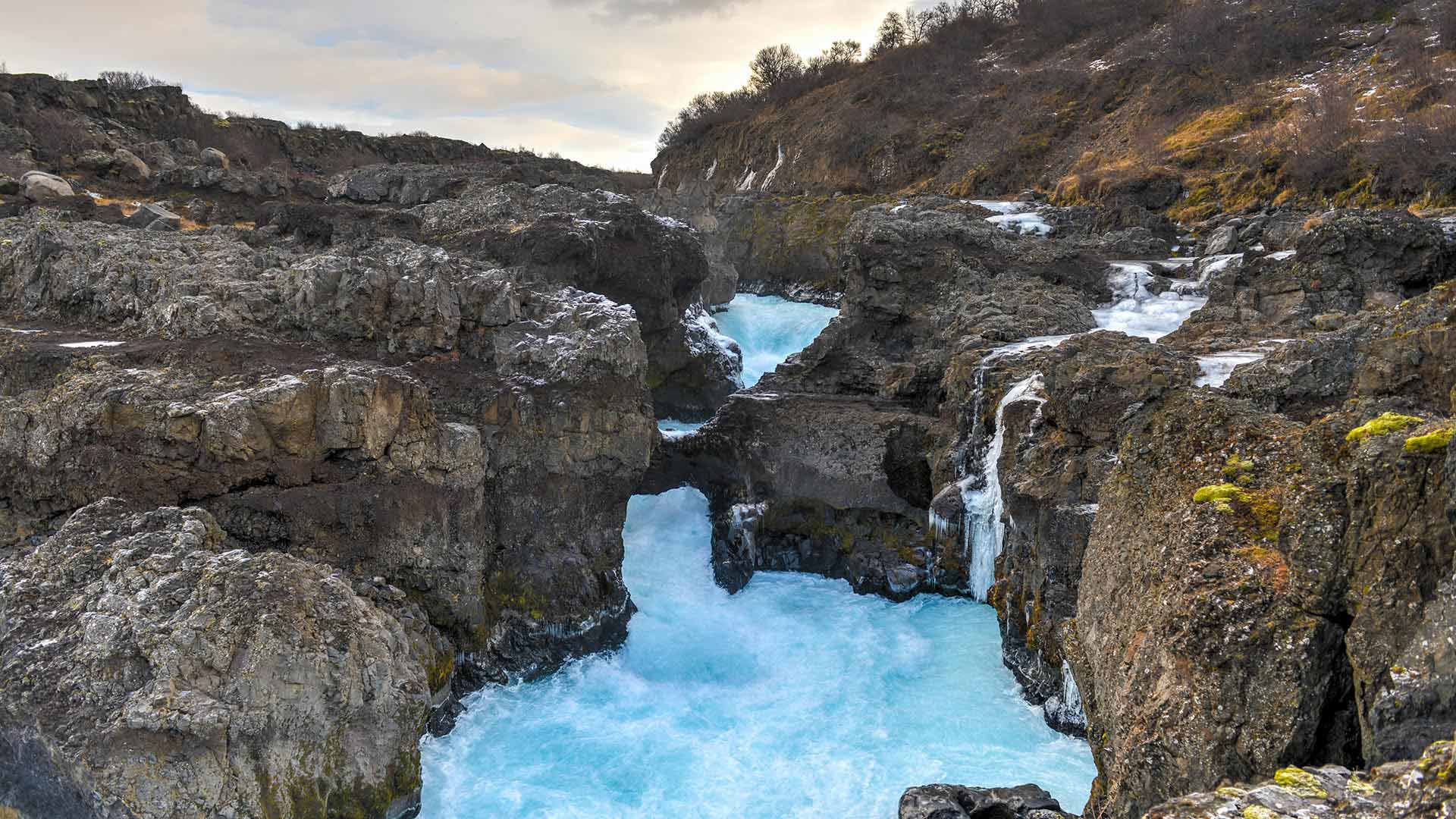 For those looking for a little ice in Iceland, Into The Glacier offers day tours to the world’s largest man-made ice cave. A super truck picks up visitors close to Hotel Husafell for the journey that will leave many breathless, as they traverse the glacier to the base camp, which takes 25 minutes. The cave itself is an engineering feat where visitors are treated to views of crevices and the smooth ice walls. LED lighting embedded in the walls lights the ice nicely and benches are scattered throughout the tunnel. 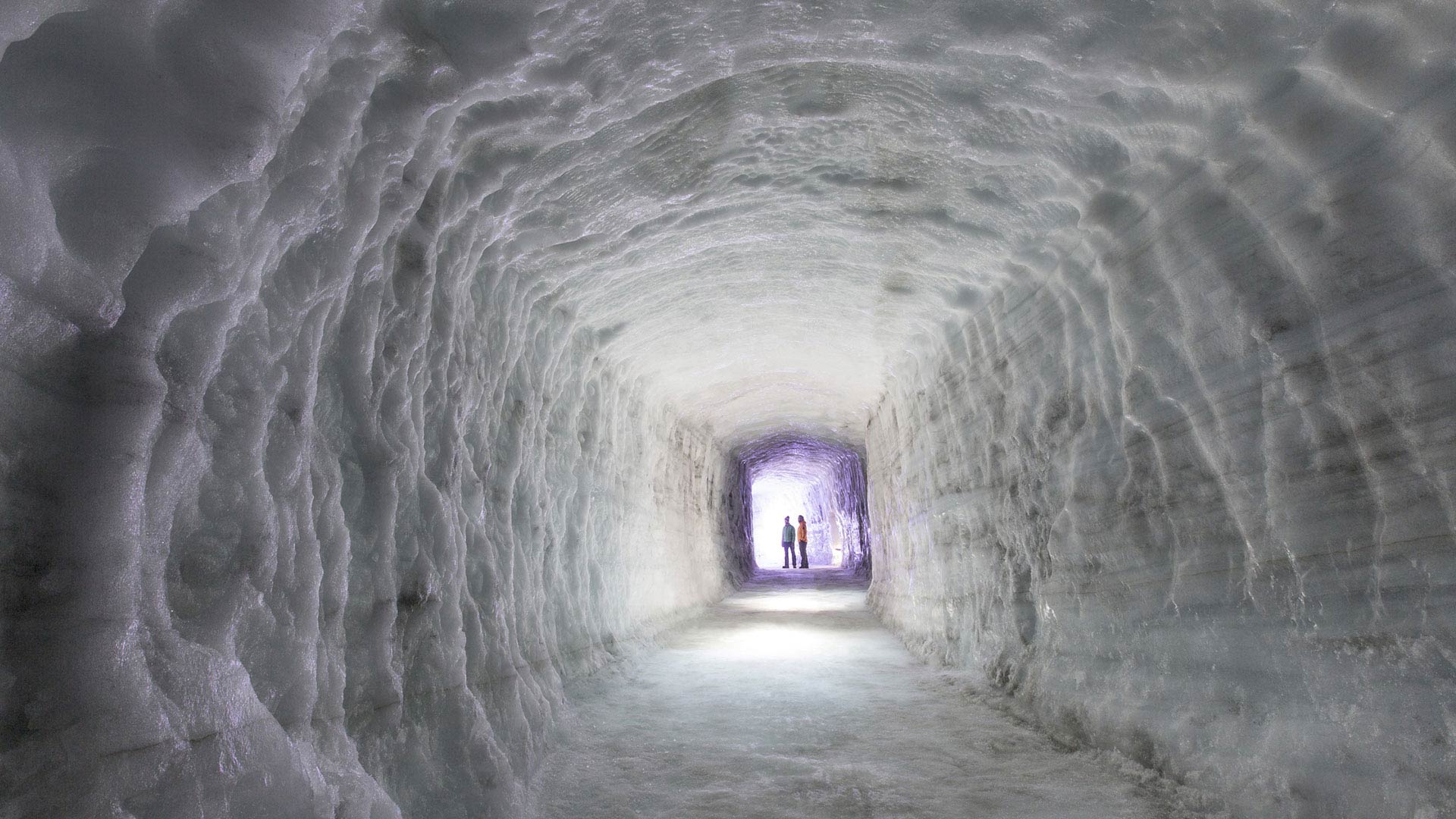 Snæfellsjökull glacier is an active volcano, having been built up through numerous eruptions during the last 800,000 years. The glacier, which played a big role in the Jules Verne novel Journey to the Center of the Earth, looms large in the west. 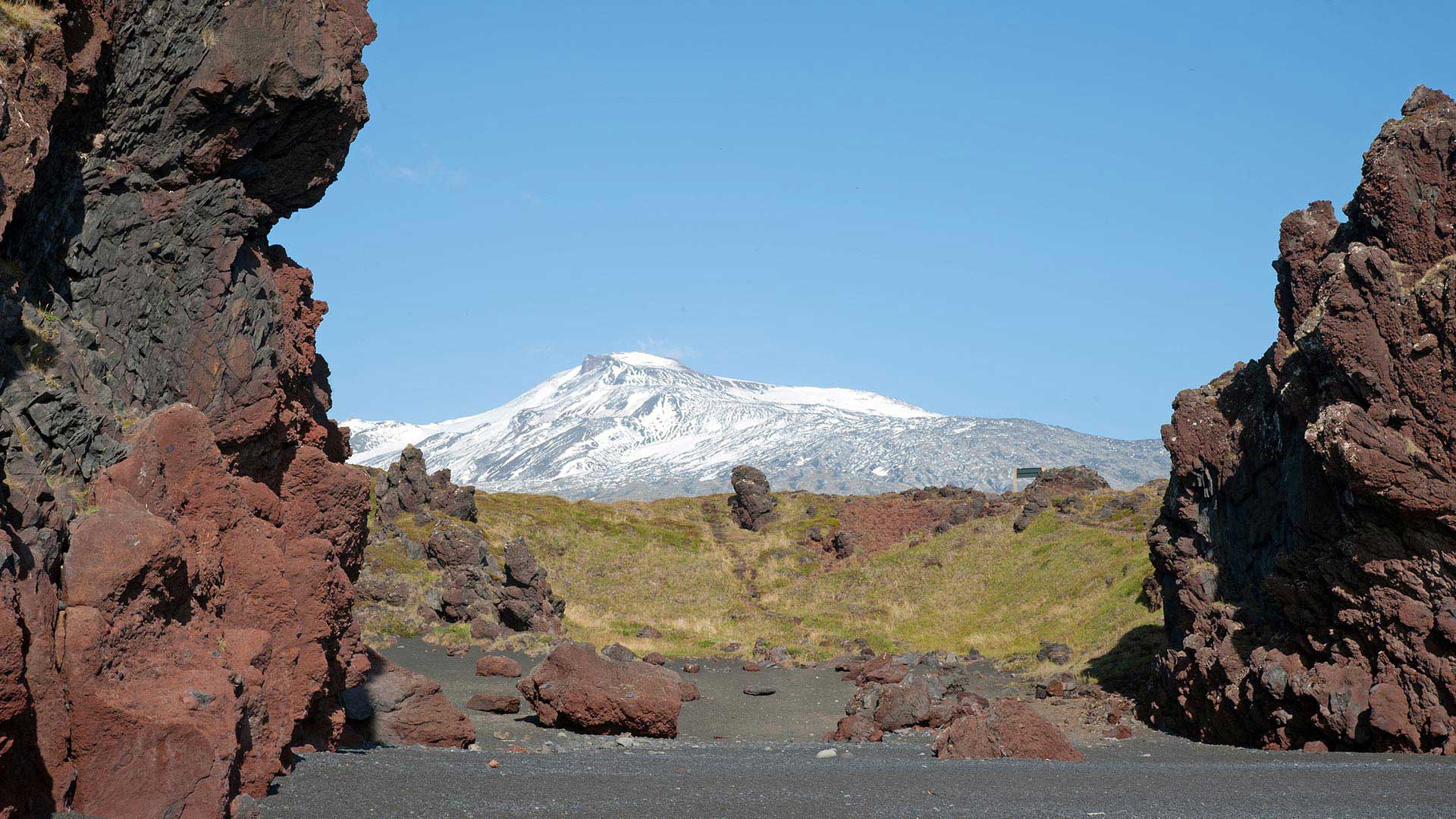 Just a 40-minute drive from Reykjavík, Akranes is a popular detour for those looking to explore the west coast. A town of 7,000 people, Akranes is a classic west coast fishing village that also has deep industrial roots. It’s peaceful, friendly and home to a lighthouse that is regularly open to tourists. Those that scale the top of the lighthouse can get spectacular views of Snæfellsnes on clear days. 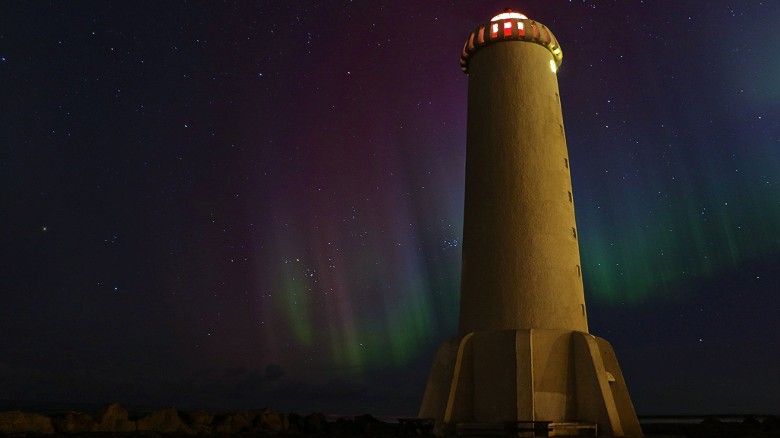 Meanwhile, Borgarnes is a picturesque town that is home to about 2,000 people.  Fans of the Sagas will want to visit the town, as much of Egils Saga takes place in the region.The Settlement Center is the place to get a crash-course in the sagas and the earliest days of Icelanders during the settlement—including what everything on the newly discovered island was like, ranging from food to fashion. There are interactive displays and recreated dwellings on exhibit.

Animal lover? The Icelandic Goat Centre was established to protect and maintain the goat stock in Iceland. Believe it or not, the Icelandic goat is an endangered species. Tourists are welcome to visit the grounds and meet the goats as well as other animals on the farm including sheep, horses, and chickens. Workers at the center show an enormous amount of care for the animals. 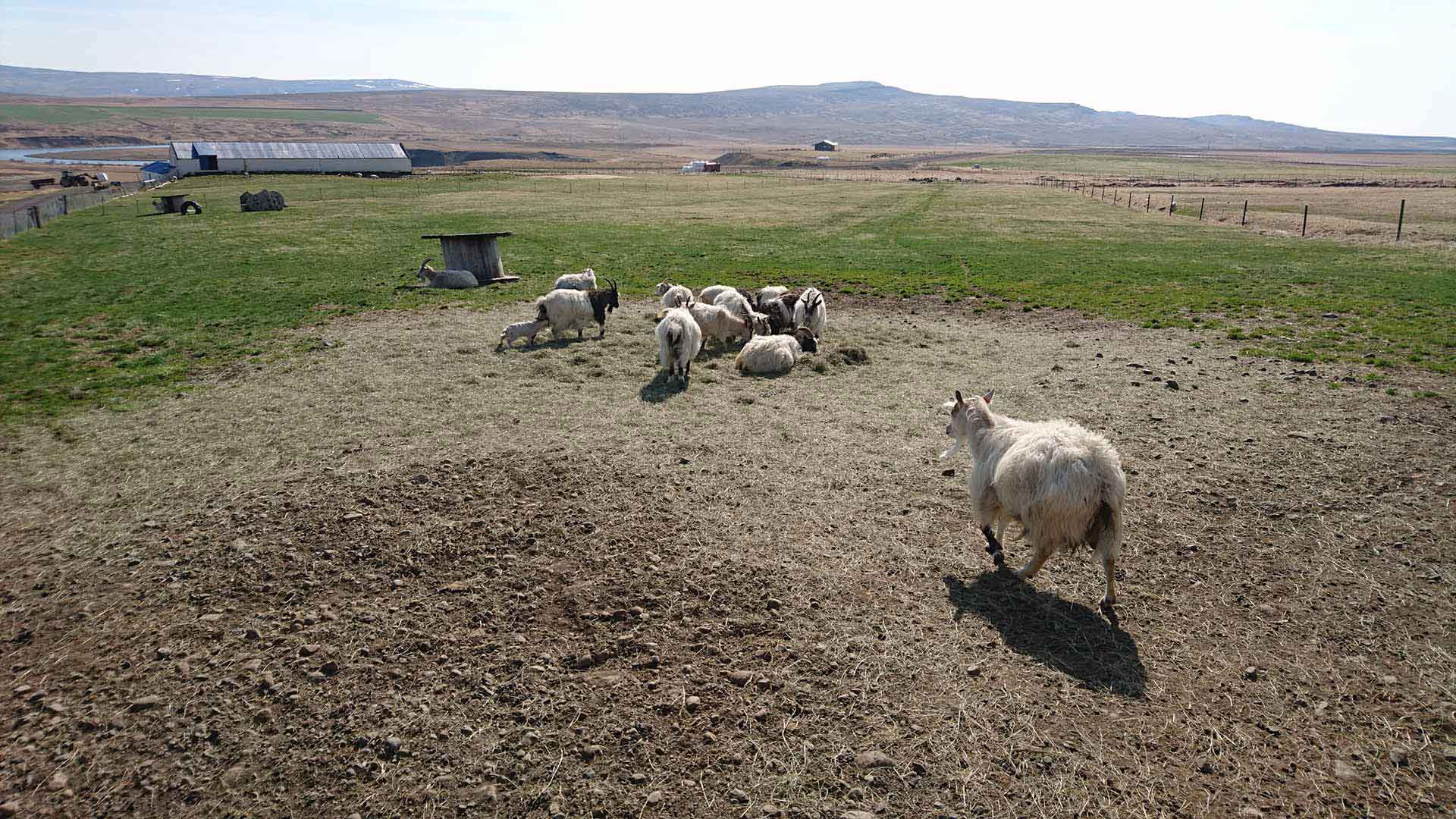 Geology buffs will want to take a look at Deildartunguhver which is considered Europe's most powerful hot spring. Be sure to keep your distance as there is a chance of getting splashed if you get too close. Visitors will see water bubbling up and splashing against moss and rock. 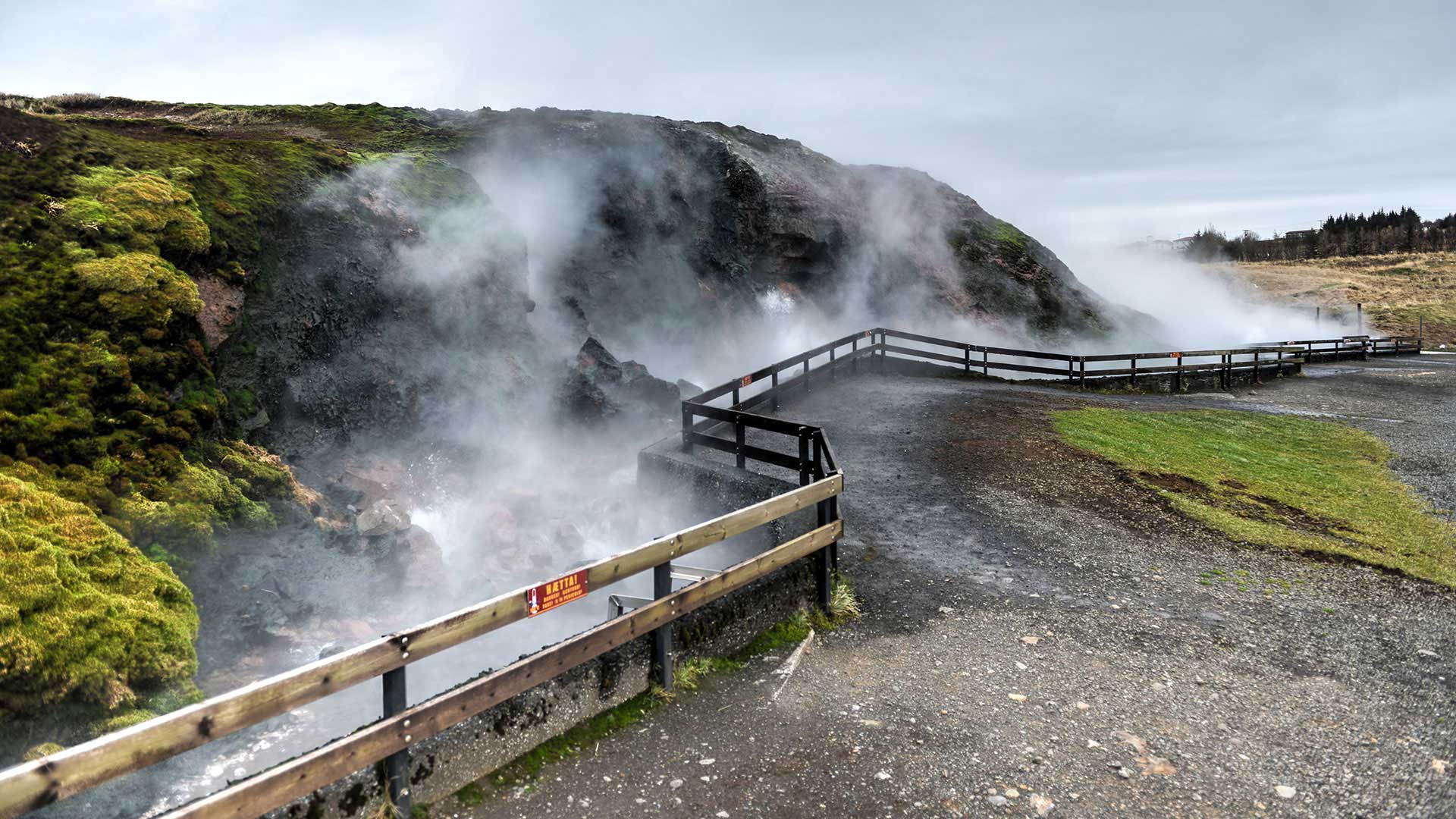 There's so much to explore in the west and this is just a taste. Check out some of our self-drive tour packages that cover this scenic and culturally rich region.

Tags:
Iceland, A little something about, In Focus, Road Trips, Things to Do

My Iceland: Into the Glacier