Have you ever celebrated the summer solstice? It’s a time to dance, be merry, and maybe even fall in love!

Each year around 21 June, cultures throughout the Northern Hemisphere honour the summer solstice. This is Midsummer, the longest day and the shortest night of the year, when the sun reaches the highest point in the sky. Afterwards the hours of daylight grow shorter until the winter solstice in mid-December.

The Nordic nations – Sweden, Finland, Norway, Denmark and Iceland – have long marked the summer solstice with traditions dating back to Pagan times. Today you can join in on the festivities when you visit the Nordics in summer. Imagine soaking up the sun in the pretty countryside and dancing into the night.

In summer, regions that lie within or near the Arctic Circle – such as Iceland and northern Scandinavia – experience a phenomenon called the midnight sun. With endless daylight and events, it’s a great time for you to visit the Nordics.

Read on to learn all about the traditions, rituals and summer solstice greetings in Northern Europe.

A brief history of Midsummer in the Nordics

In Pagan times, certain cultures viewed the summer solstice as an important date in the calendar. For the Vikings it was the time to pray for an abundant harvest from the Norse gods of fertility, Freyia and Freyr.

To increase their chances of success, Pagans would carry out certain rituals during Midsummer. They believed that the presence of evil spirits was strong during the longest day of the year, so they would light huge bonfires to ward off dark forces. They may have also visited stone circles, such as Stonehenge.

Additionally, plants were thought to have magical powers during the solstice. This is probably why some women still place wildflowers and herbs under their pillow on Midsummer’s Eve. It is said that they will dream about their future husbands.

Could William Shakespeare have got his inspiration for his comedic tale, A Midsummer Night’s Dream, from this tradition?

You may be familiar with St. John’s Day or the Feast of St. John. This Christian holiday eventually superseded the Pagan event a few centuries ago. This is why many countries in the Northern Hemisphere name Midsummer’s Day after St. John the Baptist.

Some of the Christian and Pagan rituals merged over time, so today the summer solstice can be a fascinating blend of the two. 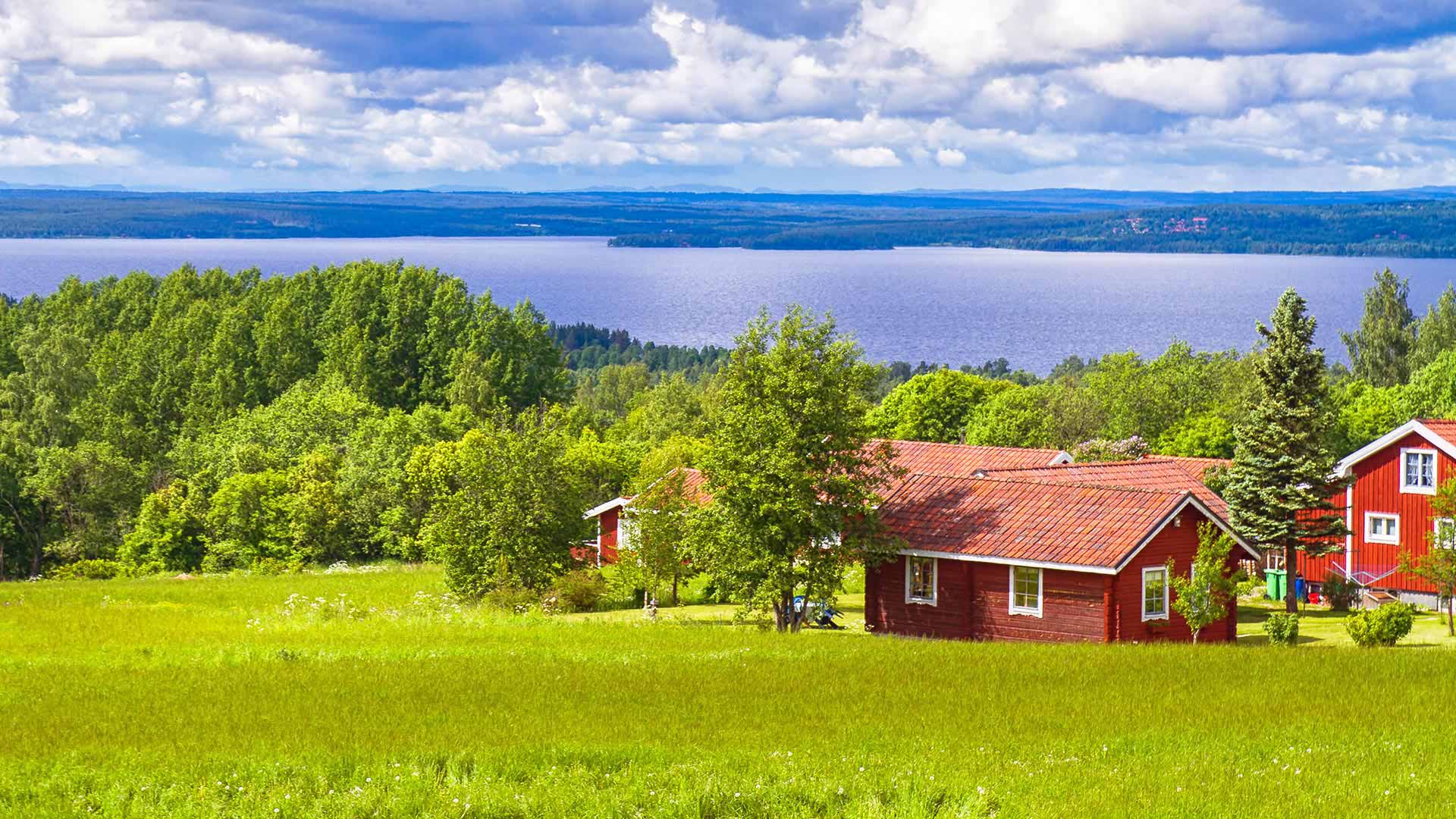 Go on holiday to Sweden during the summer solstice and you can join the locals as they revel in one of their favourite events of the year. Midsommar is an official holiday here, taking place every year on the closest Friday to 23 June.

Many Swedes flock to the countryside for Midsommar. They wear garlands of wildflowers in their hair and raise maypoles – midsommarstång – decorated with flowers and leaves. During your visit you might join in the party, enjoying a typical Swedish picnic laden with pickled herring and other local specialities.

The summer solstice festivities continue all day long. You might find yourself singing along to the Swedish drinking song, Helan går, enjoying some shots of vodka or aquavit – as is the tradition!

Get ready to dance around the maypole too, holding hands and spinning in circles. One traditional dance is the Små grodarna – “the little frogs”. Yes, you have to jump around like a frog, but everyone is doing it so you won’t be on your own!

How to say “Happy Midsummer” in Swedish 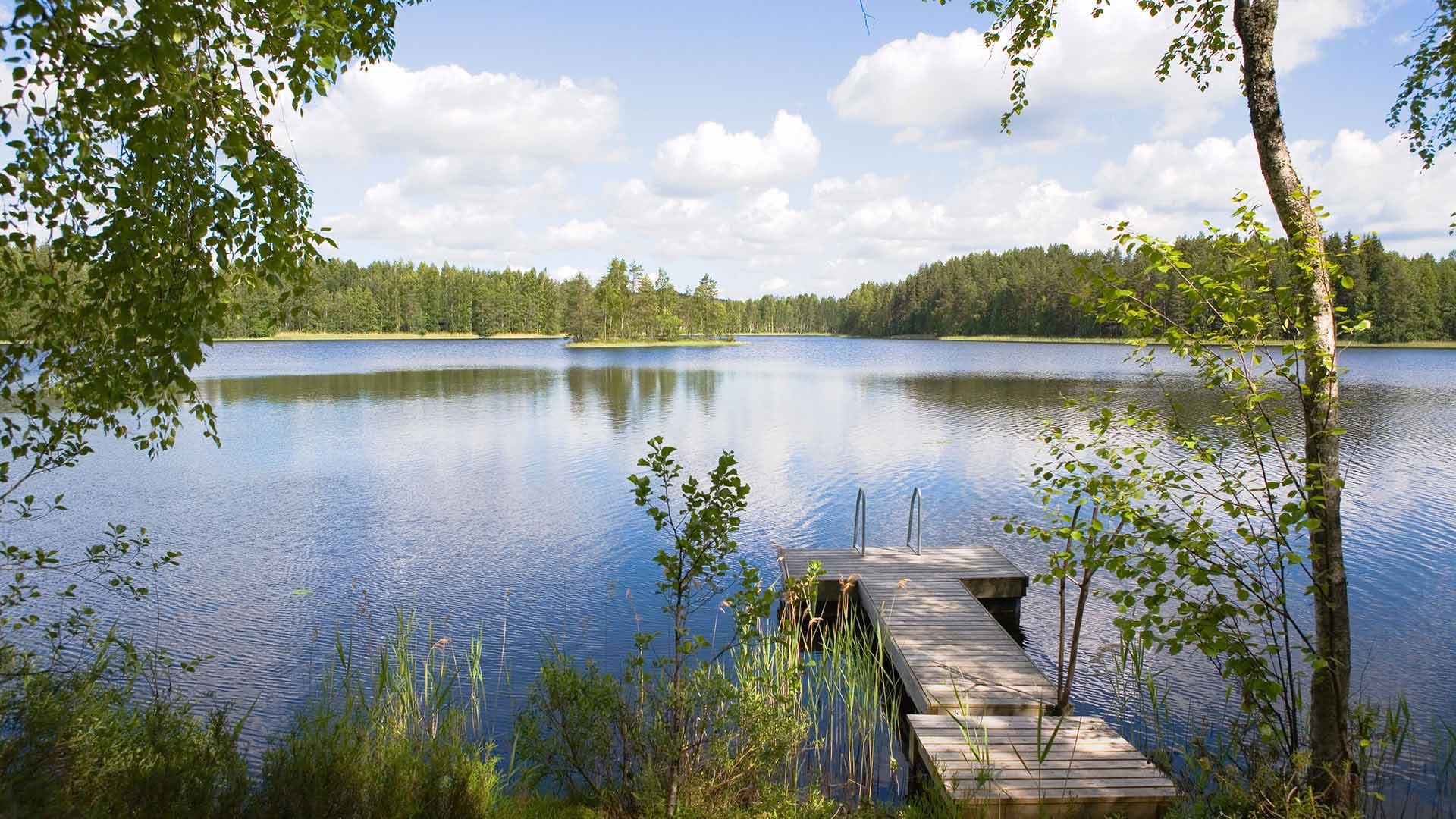 Head to Finland to experience the summer solstice rituals of this national holiday, named Juhannus after St John. The long weekend involves the lighting of large bonfires – kokko. Traditionally this was done to ward off evil spirits and encourage an abundant harvest throughout summer.

During this three-day weekend, many Finns like to retreat to a summer home and relax in the sauna with some cool beverages. Since the holiday is so connected with a retreat to nature, those remaining in the cities are also likely to get some peace and quiet over Midsummer.

How to say “Happy Midsummer” in Finnish 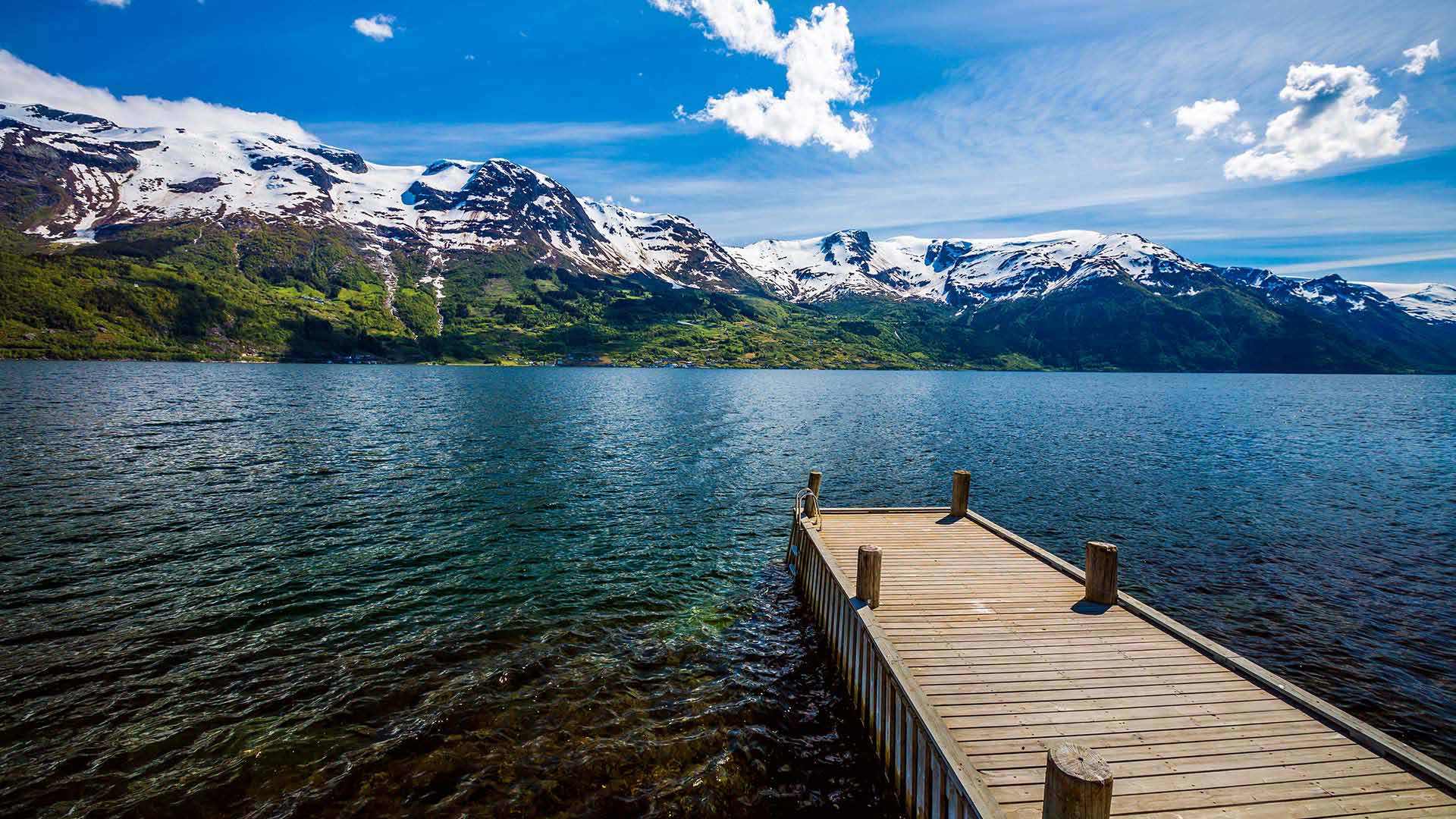 If you want to celebrate Midsummer in Norway, time your visit for the 23 June, as the date is always the same. Like the Finns, Norwegians make sure that no nasty spirits can linger by lighting huge bonfires. You could see a bonfire as high as 47 metres (155 feet)!

Although Midsummer’s day – Jonsok or Sankthansaften – isn’t a national holiday in Norway, some locals still like to mark the occasion. You might like to do the same by enjoying a barbecue, playing games and watching the bonfire burn.

Or you could explore Northern Norway in summer to experience the midnight sun. From mid-May to mid-July, the sun doesn’t set at all. This means you get more time for activities and sight-seeing, so you maximise every single day of your trip.

How to say “Happy Midsummer” in Norwegian 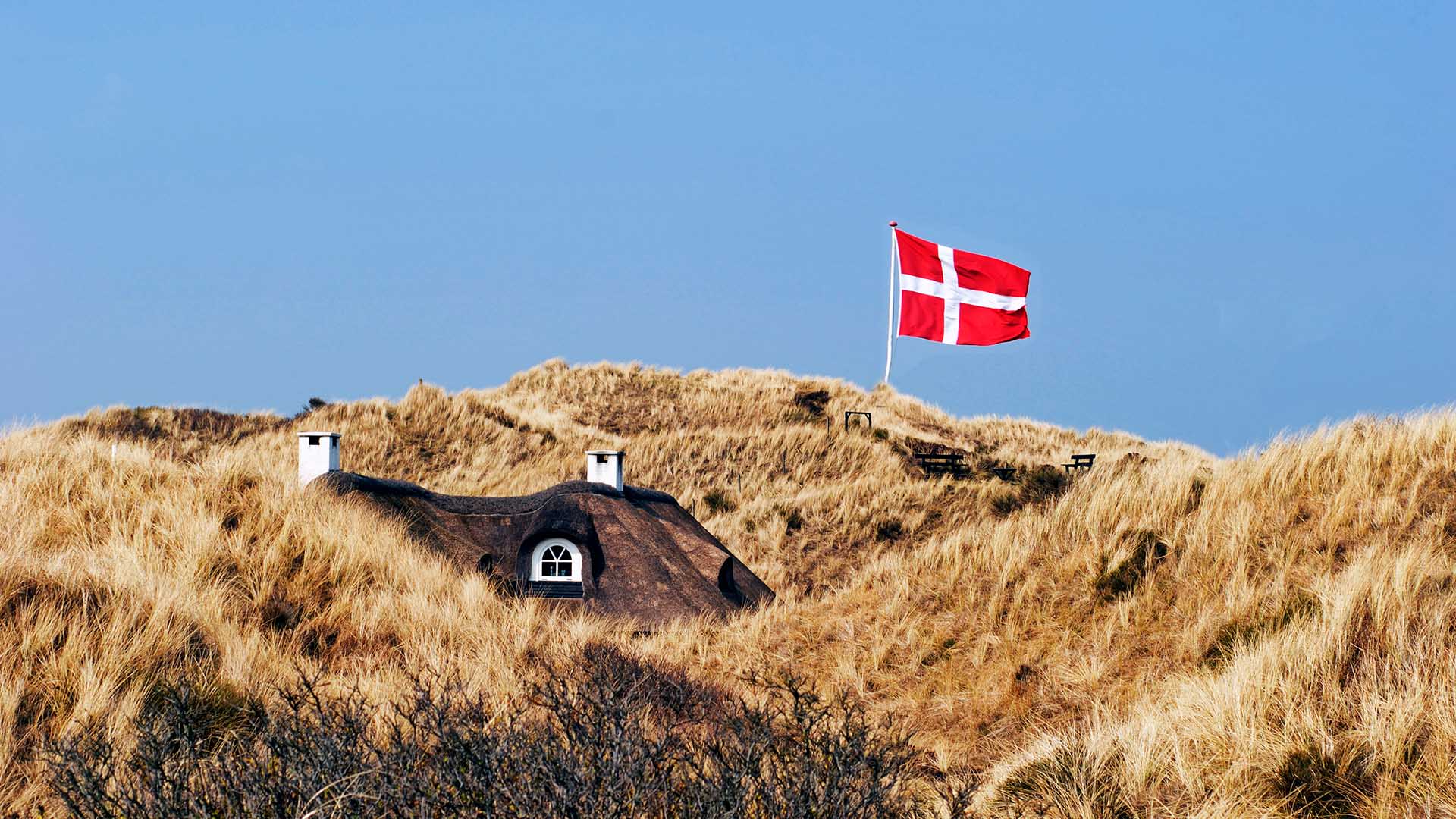 Like in Norway, Denmark also enjoy their summer solstice festivities on 23 June every year. You’ll see bonfires during Sankthansaften and many Danes will toss twig and cloth effigies of a witch into the fire. Like in Finland and Norway, this is to make sure that evil spirits are kept away.

The rest of the day is filled with merriment, so join the locals and feast on local food and drink to celebrate the solstice.

How to say “Midsummer” in Danish 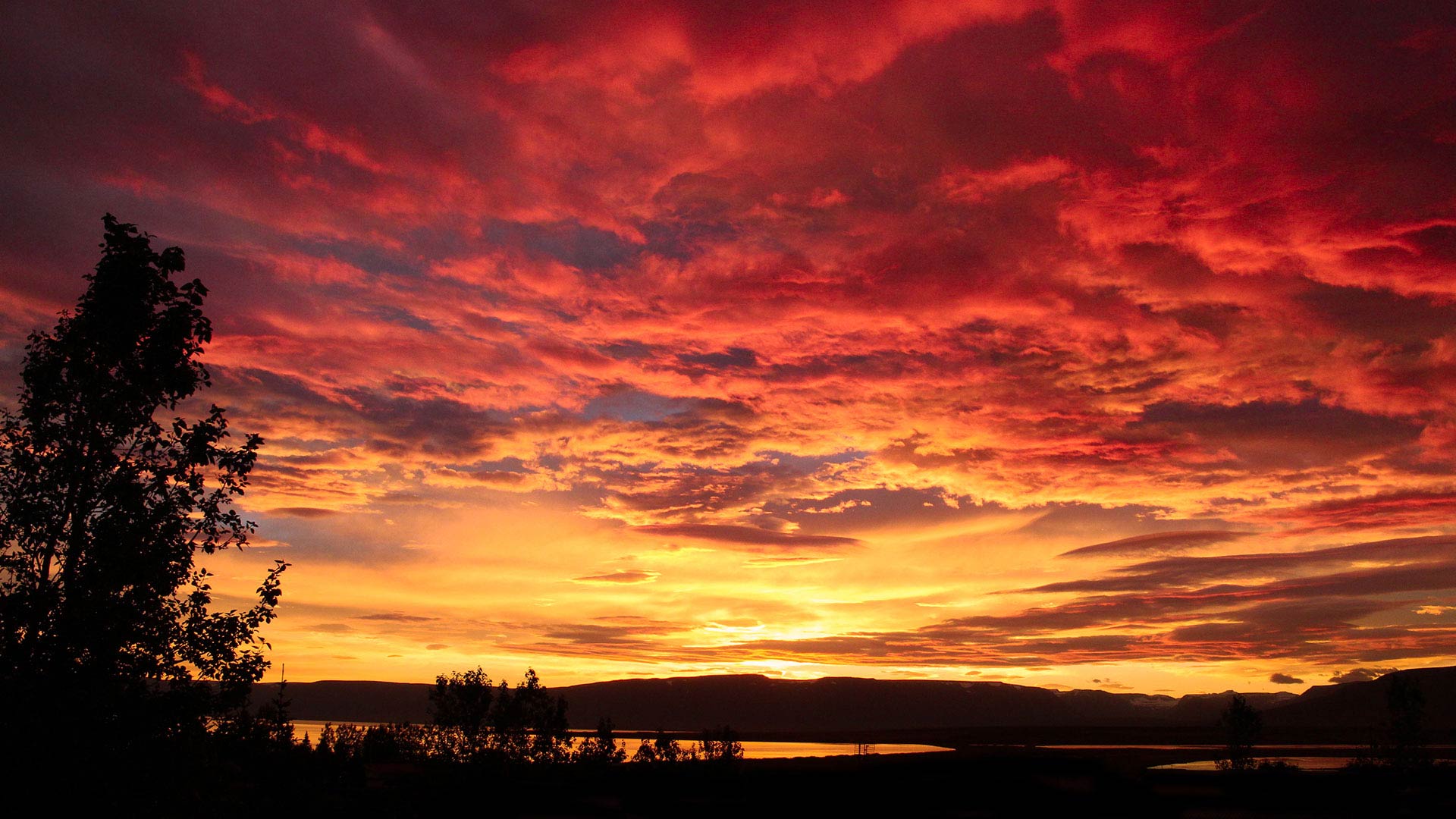 In Iceland you can expect something a little different to the other Nordic countries when it comes to Midsummer. Though this event on 24 June is named Jónsmessa, “Mass of John the Baptist”, summer solstice traditions in Iceland are more superstitious than religious.

For example, it is said that cows are able to speak, seals become human, and elves may interact with you on Jónsmessa. Additionally, rolling around naked in the morning dew will bring you good fortune – a custom still practised today by those particularly dedicated to the holiday.

These days you’ll find that most locals spend Midsummer with family and friends. Many go along to events like the Secret Solstice music festival. Plus, as the sun rises early and sets late, you’ll have plenty of daylight hours to explore. These are just some reasons why June is a great time to visit Iceland.

How to say “Midsummer” in Icelandic

Which of these solstice traditions appeal to you? Whether you want to go along to a community party or soak up the gorgeous summer scenery, Nordic Visitor can help make it happen. Our travel experts are regionally based and will use their insider knowledge to craft your itinerary.

Contact us to make your Nordic summer trip a reality.