You may be wondering what is Sweden known for? There are countless amazing cultural highlights as well as hidden gems to mention. But how can we possibly fit all of the coolness of Sweden in only a 10-point list? We’ve tried!

This includes Swedish food as well as some of the country’s biggest exports. From pop music to design (not only IKEA!) and their cosy coffee culture, there is much to discover.

Read on for our list of the 10 best things about Sweden. It has been compiled full of fun facts about Sweden to give you a taste. It’s perfect for inspiration or to prepare yourself before you depart on your upcoming Swedish journey.

It’s possible that you can’t name a current Swedish musician or band off the top of your head. But there is no doubt that you’ve heard music that was created in Sweden. Swedish-produced or Swedish-written songs (including top British and American hits) have been dominating the charts for years.

You’ve heard of ABBA, right? Ever since their win at the 1974 Eurovision Song Contest, this band has paved the way for more Swedish acts. This includes artists such as Roxette, Robyn, Lykke Li, Avicii and more, who have gained international fame over the years.

If you’re a fan, check out the ABBA Museum in Stockholm. 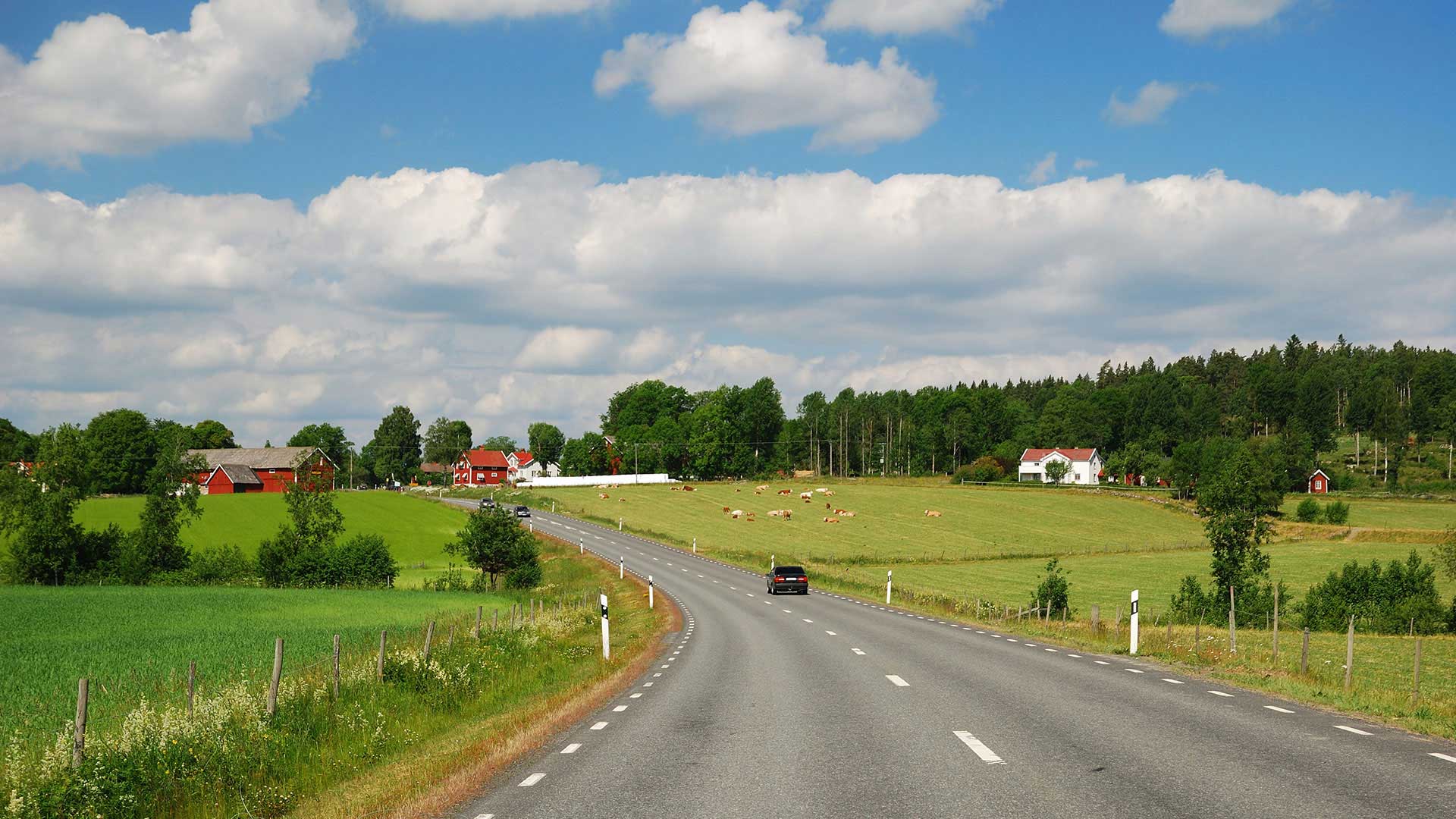 This Scandinavian country has so much green space! That’s thanks to Sweden being one of the largest countries in the European Union, with a small population of 10 million residents.

Sweden offers sparse population density, extensive forest coverage, over 90,000 lakes and over 3,000 kilometres of sea coastline. It all adds up to a nature-lover’s dream. You don’t have far to go outside the cities to relish in the lush countryside.

Within the buzzing Swedish cities, it’s also easy to find green havens to relax in peace. Even in Stockholm you can easily escape to the shoreline or a nice park. You could even hop on a ferry out to a resort island in the Stockholm Archipelago.

Green is also the mindset of the people, too. Environmental consciousness runs deep in Swedish culture and within the Nordic countries in general.

Scandinavia is comprised of some of the cleanest countries in the world. It includes a high participation in public transportation and recycling as well as good availability of organic (ecological) foods.

Of all the countries in the world, the Swedish capital has got to have one of the coolest public transport systems. Walk into a Stockholm metro station and it is said you're entering the "world's longest art exhibition". It is over 110 kilometres (68 miles) long.

About 90 of the 100 stations have been decorated by over 150 artists in different themes and various forms. This includes mosaics, paintings, installations, sculptures and more.

What is Sweden famous for? Your first answer may be IKEA or even H&M. Swedish design has permeated the world consciousness in the last century.

For Swedes, design is woven into the fabric of everyday life. Swedish design is known for its emphasis on sustainability and functionality, in everything from architecture to textiles design. Swedes like things to look good, but they also like to keep it simple.

Whether you’re visiting or even studying in Sweden, you’ll want to bring back a little local design with you. Look out for more unique finds from local artists, interior designers and smaller fashion labels. In Stockholm, you can visit the Design District located in the trendy Södermalm neighbourhood.

In the countryside, some notable souvenirs include Sami handicrafts from Swedish Lapland and blown-glass pieces from the Kingdom of Crystal in Småland. You could also take home an iconic Dalecarlian horse, a traditional carved, wooden statue of a Dala horse, from the province of Dalarna.

If you'd rather browse than buy, visit one of these museums in Stockholm: 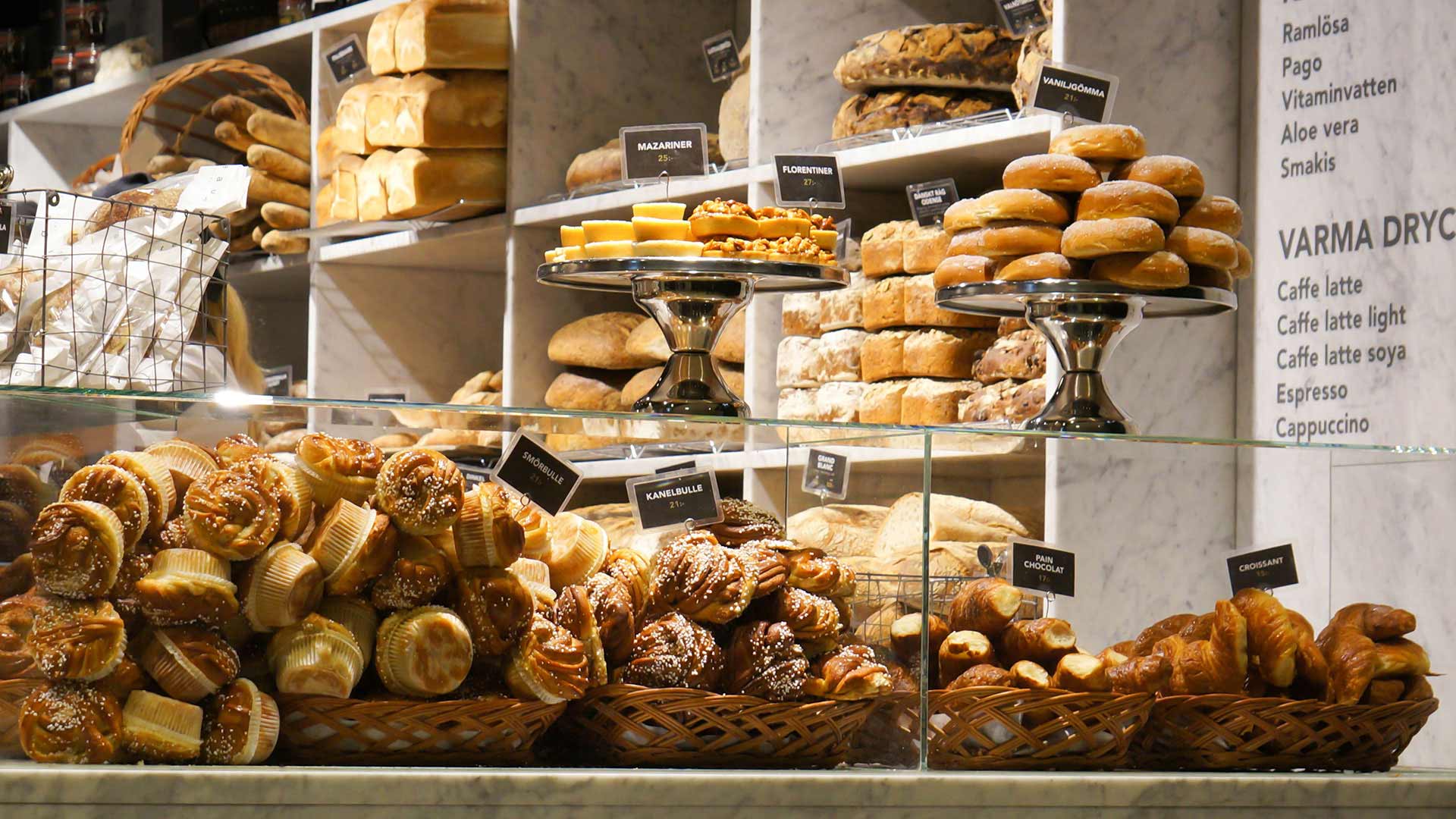 Coffee is king in the north. In fact, the Nordics top the list of biggest coffee drinkers in the world.

In Sweden specifically, the coffee break is so ingrained in the culture that there's a special word for it: fika. When you’re visiting, don’t miss the peaceful moment of sitting in a café with a hot beverage and a warm cinnamon roll.

During your visit, you’ll also want to taste the local cuisine. No, it’s not all Swedish meatballs! Although, you should definitely try this local delicacy, accompanied by potatoes and lingonberry.

You also shouldn’t miss out on the local seafood and game meat, including reindeer. On special occasions, you may even get to feast on a Smörgåsbord.

This might literally be one of the coolest Swedish things on this list. Located up in Sweden's Arctic Lapland region, the ICEHOTEL is kept at a steady -4°C inside to preserve all the hand-sculpted ice artworks and ice furnishings.

As an overnight guest, you could stay cosy with a thermal sleeping bag, reindeer skins as bed linens, and layers upon layers of warm clothing. Think you're up for a night in an ice room? 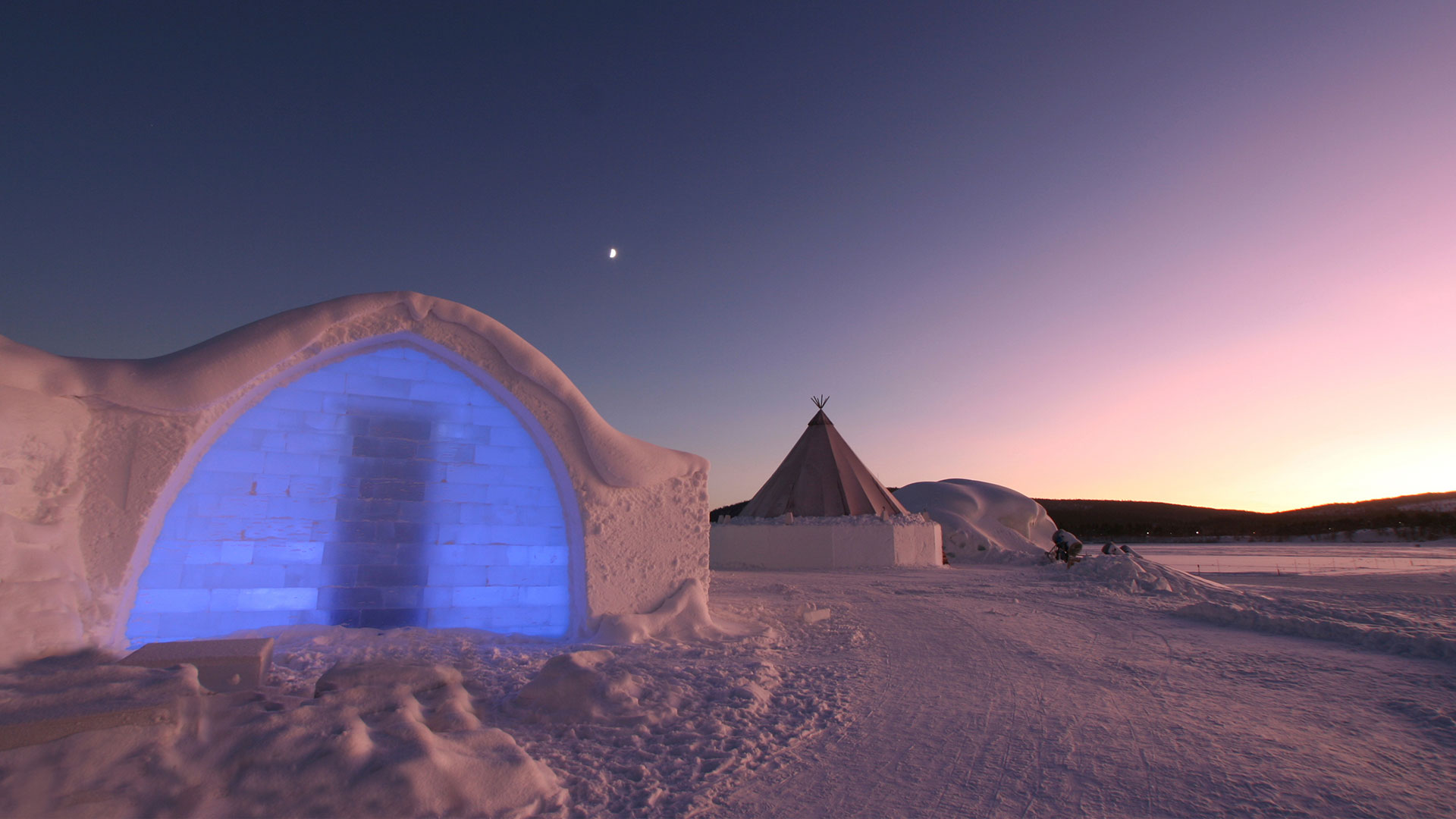 7. The hip district of Södermalm

Södermalm is one of the hip neighbourhoods of the Swedish capital, Stockholm. Indeed, this Swedish hipster haven was listed in Vogue as one of “The 15 Coolest Neighborhoods in the World”.

Once a working-class neighbourhood, it’s now a bustling hub of trendy restaurants and bars and small, independent shops and galleries. Come here for the chilled out vibes, the funky vintage shops, the innovative cuisine, and the world-class people watching.

For the best shopping, head to “SoFo”, the area south of Folkungagatan. The Swedish Museum of Photography, Fotografiska, is also located in this neighbourhood along the waterfront.

Sweden has one of the oldest monarchies in the world, and they’re keeping up with the times.

Before Harry and Meghan, or even Will and Kate, there was Victoria and Daniel. Their 2010 wedding was, according to some media sources, one of the biggest royal events. Or, at least, since the 1981 wedding of HRH Prince Charles and Diana Spencer.

The city of Stockholm celebrated with music, art, and food for many thousands of visitors and locals for nearly two weeks.

What makes this couple cool, besides their trend-setting fashion, is their break with tradition – a royal marrying a commoner (Daniel was a gym owner and personal trainer). After all, Sweden is known for being socially progressive.

While you may not get a glimpse of King Carl XVI Gustaf or Princess Victoria in person when you're here, you could visit their homes. Sweden has more than enough castles to explore, including the expansive Royal Palace in Stockholm.

Thanks to Sweden's northerly latitude, the country swings from one end of the daylight spectrum to the other in a year's time.

At the peak of summer, the northernmost region of Sweden experiences a phenomenon known as the midnight sun. This is when the sun doesn't completely dip below the horizon, creating 24 hours of daylight.

Further south, for example around Stockholm or Gothenburg, this creates "white nights". This is when the sun goes under the horizon but only enough so that it's not completely dark at night or not dark for very long.

Pro travel tip: bring an eye mask to sleep for your summer tour of Sweden.

But comes wintertime, the days grow darker. And how many hours of darkness you experience depends on how far north you go.

Of course, it's not all bad: the long nighttime darkness creates ideal conditions for hunting the northern lights. 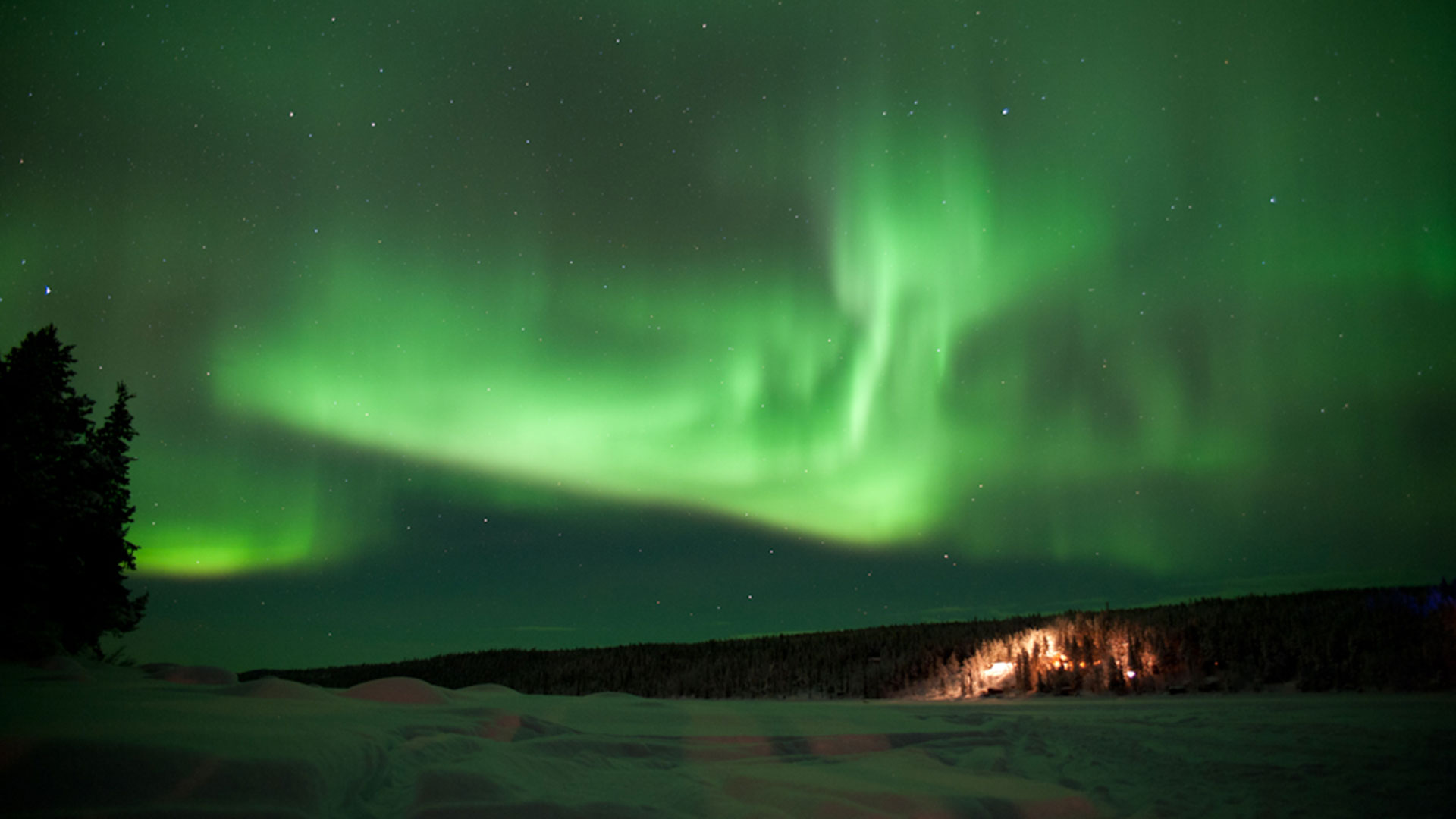 Of all the things Sweden is known for, this is one for those who are living or studying in Sweden. You’re free to be you!

The Church of Sweden is Evangelical Lutheran but it has been separated from the state since the turn of the millennium. You’ll find many other religions represented here, from other Christian denominations to Buddhism.

Islam is a growing religion and there is a large Jewish community. Yiddish is, in fact, one of the five recognised minority languages in Sweden.

Have we convinced you that Sweden is a must on a travel bucket list? This Scandinavian gem is an amazing, diverse and culturally rich country. Come see for yourself!

If you want to start planning your dream trip to Sweden, don’t hesitate to get in touch with one of our local travel experts. They are based right here in Stockholm and will put their insider knowledge to good use for you.

Your itinerary can be tailored to your personal preferences so you can make the best of your time in Sweden.

Sweden in Winter: What to Do & Where to Go

Stockholm Archipelago: Your Guide to the Best Parts