Iceland has been an extremely popular destination in the last few years, so much so that you may think you already know a lot about this Nordic gem. But today we reveal some more fun Iceland facts that you may not have heard before.

But did you know that Iceland is home to the largest glacier in all of Europe? That's Vatnajökull, which covers 8% of Iceland’s landmass. And had you heard that beer was banned for 74 years and that now 1 March marks Beer Day in Iceland?

We asked our colleagues in the Reykjavík office to share some of the weird and wonderful facts about Iceland, and they delivered. Read below and you'll be truly ready for your upcoming trip to Iceland.

1. Many Icelanders believe in elves

Between 30 and 40% of Icelanders will not deny the existence of elves. Icelandic folklore is still rich with stories about the Huldufólk, meaning "hidden people", who are said to live in the lava fields.

When constructions take place in certain lava fields of the country, there is even a special spokesperson for the elves.

You may have heard, or seen photos like the one below, of the Reynisdrangar sea stacks near Vík? They dramatically rise from the Atlantic, off the coast of Reynisfjara.

These bizarre-looking rock pillars are said to be petrified trolls, turned to stone when they were exposed to the dawn sunrise, and frozen forever in time. 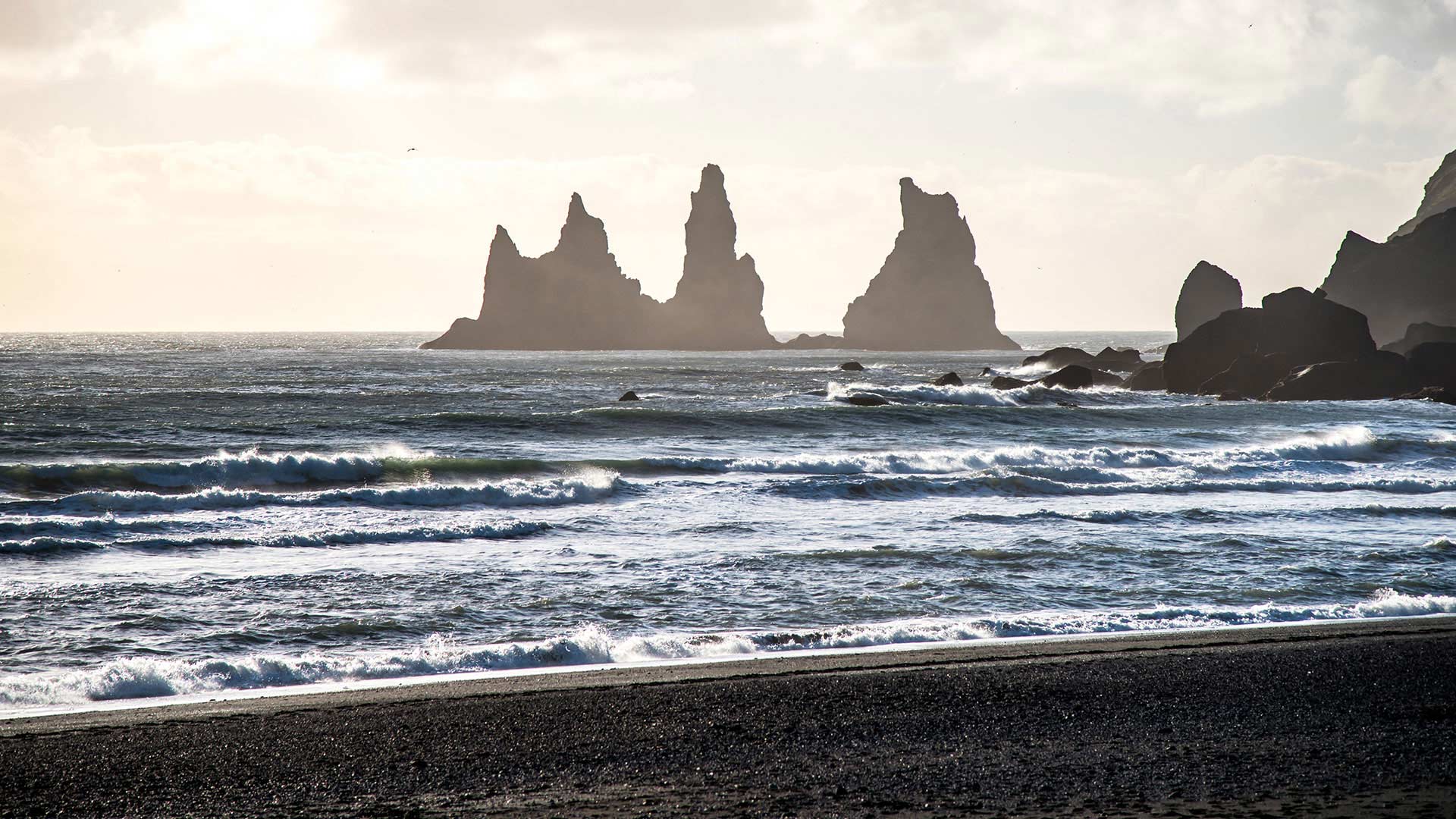 2. It is one of the oldest democracies in the world

Great democracies from long ago include the Greek, the Roman... and the Icelandic. Not everyone knows this fact, but Iceland has the oldest parliament in the world that is still in existence.

If you travel around the Golden Circle, you will eventually visit Þingvellir (Thingvellir) National Park. Its impressive landscape is actually a UNESCO World Heritage site. And it's not because the North American and Eurasian tectonic plates meet here, but because of its outstanding historical significance.

Why? Þingvellir is where Icelandic chieftains met in the year 930 CE to create the first parliament, the Alþingi (or 'Althing' to English-speakers). These chiefs and their successors then met at Þingvellir every year until 1798 to discuss issues and create laws.

After a period of change, including a 43-year abolition by royal decree in 1800, the Althing was re-established in Reykjavík and assembled again in 1845. It still runs to this day.

3. The unique Icelandic language includes over 100 words for wind

Have you ever tried to pronounce the name of that famous volcano that erupted a few years back? Yes, that one!

Eyjafjallajökull is a fine example of the many Icelandic words that are real tongue twisters. While Iceland's language is famously difficult to grasp, you should know that most locals learn English as a second language, so it is easy for travellers to communicate and get by.

If you're eagle-eyed or know a bit about languages, you may notice Icelandic looks like Old Norse, the Viking's tongue. In fact, it's so similar to Old Norse that many Icelanders would be able to read this legendary language and the ancient texts written in it. How extraordinary!

Another fun fact about Icelandic is that there are many, many ways to describe the weather. It’s no secret that Iceland's weather is something to prepare yourself for – it can change (for better or worse) in a matter of minutes.

And it is incredibly windy! Well Icelandic actually has over 100 words to talk about wind. We won’t list them all here, but try learning a few if you want to impress the locals...

Icelanders love ice cream. Our friends in Reykjavík even suggested that it’s the perfect first date. Why not have a romantic outing with your significant other when you’re in town?

Even in stormy weather, you can see people queuing up for ice cream, especially at the best shops in Reykjavík. You may even see longer lines continue outside the store, as people love ice cream so much they will brave the rain and the wind for this delicious treat. 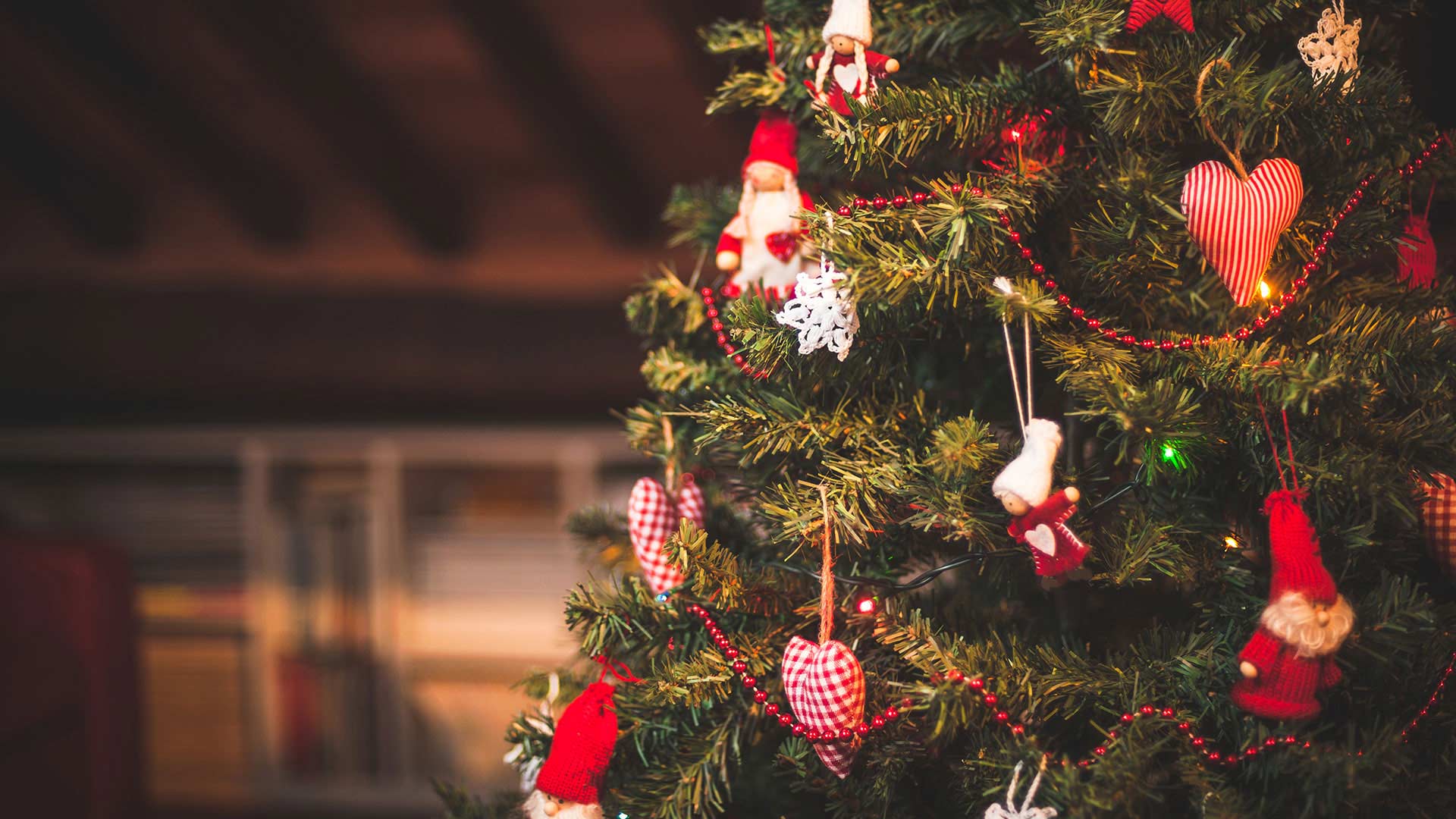 In most of the western world children can’t wait for Christmas Day to see if Santa brought them a lovely gift. In Iceland, children get visited by the 13 Yule Lads.

Icelandic children place their shoe in their bedroom window each evening for 13 days before Christmas. Every night, one of the Yule Lads will visit and leave a small gift for them, depending how each child has been behaving.

From Pottasleikir ('pot-licker'), who likes to steal leftovers, to Hurðaskellir, who likes to slams doors during the night, each Yule Lad has their own personality and idiosyncrasies, which is reflected in their gifts and pranks.

For many years Iceland was publishing a book at the highest rate per capita in the world, showing how much they enjoy a good read. While they have recently been surpassed by the UK, they are still a book-loving nation.

They even have a book-giving holiday – Jolabokaflod – on Christmas Eve.

If you want to learn about Iceland, or simply read about Iceland once you return home from your life-changing trip, make sure to pick a copy of Independent People by Halldór Laxness, Iceland’s only Nobel Prize winner... for literature of course. 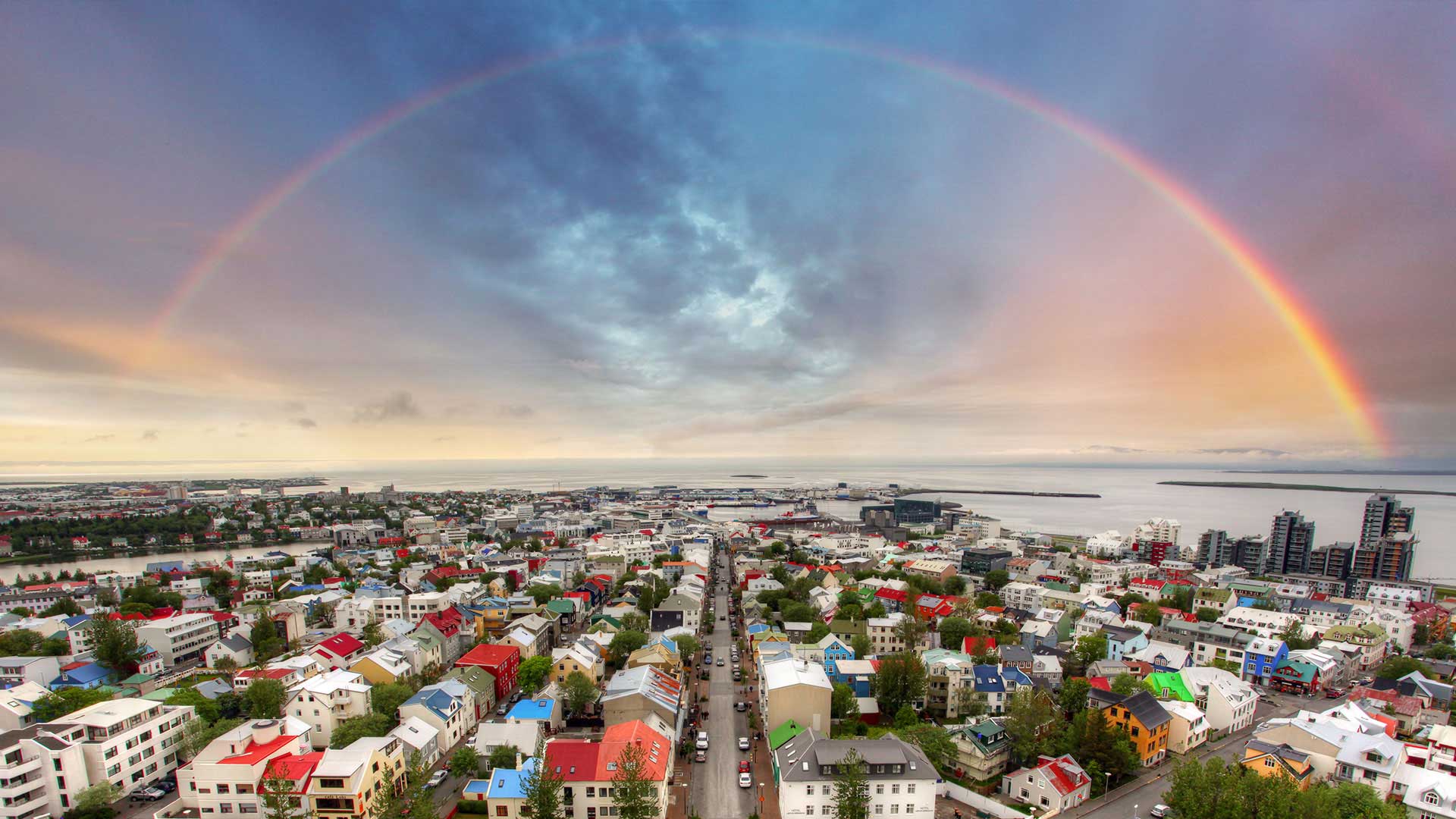 7. It’s the safest country in the world

You may already know this one, but it’s worth highlighting time and time again.

In Iceland you don’t have to worry about violent crimes. That’s because the country boasts one of the lowest crime rate in the world. For over a decade now, it has always topped the safest countries list. And did you know that Iceland is the only member of NATO that maintains no standing army?

This is thanks to many factors, including a greater sense of equality within the population, which is in turn helped by the small population of just over 333,000. There is a sense that everyone knows each other, which must surely raise the level of trust in one another.

If you want to chat like a local, this is our best tip.

If you would like to get a little bit more coffee, or a top up for any other lovely Icelandic drink, just ask for 10 more drops – "tíu dropar, takk". Not 12 or 15, but ten drops. 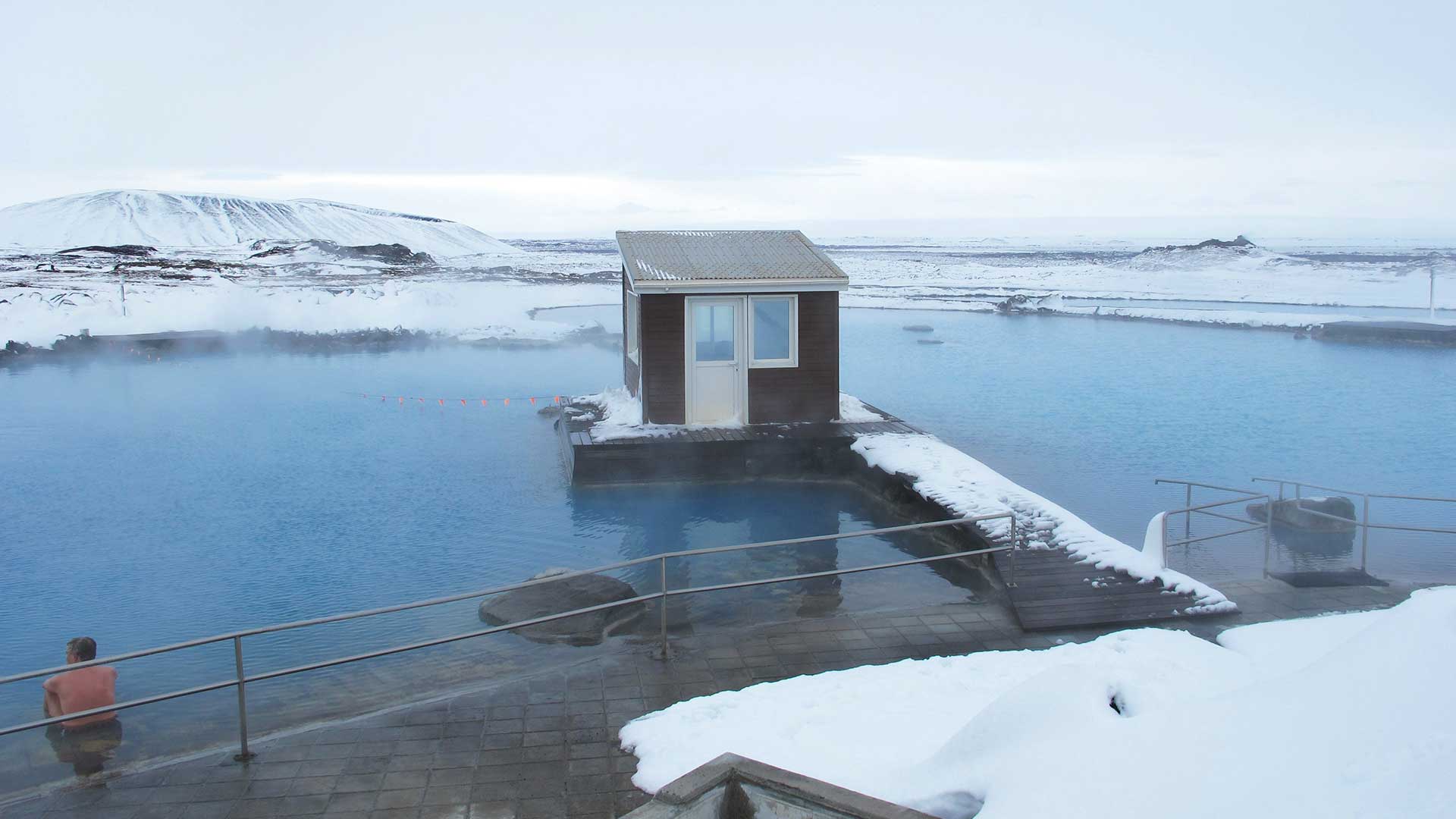 You may have already planned your visit to the Blue Lagoon. It is a must-see after all! But did you know that there are a multitude of outdoor pools and hot springs around the country?

You’ll find 17 locations in the capital region alone. Some are small and intimate. Others are big complexes with slides, hot tubs and steam rooms.

All the pools are heated with geothermal energy. This means Icelanders (and visitors alike) can go for a swim at any time of the year, rain, snow or sunshine. Not only are pools used for fitness, but also as a gathering place, as a weekly family activity, or even for dates.

10. Famous Icelanders are no big deal

With one of the smallest populations in Europe, famous people do stand out easily around Iceland. But what is interesting is that because most people know each other, it’s not a big deal.

Maybe you’ll come across Björk at a Reykjavík restaurant, or perhaps you'll see the president jogging at a city park nearby. Again, because it is such a safe country, it is unlikely they'll have security with them.

Intrigued yet? Come and see Iceland for yourself. Ride an Icelandic horse, admire the magnificent waterfalls, or witness the northern lights. The possibilities are endless!

Book a trip to the Land of Fire and Ice with Nordic Visitor and you’ll be in good hands.

As a local company based in Reykjavík, our travel consultants know the country like the back of their hand. This means we deal with all the local arrangements for you, from booking your car rental or private guide, to your accommodation, activities and even recommending our favourite restaurants.

By visiting Iceland with one of our travel packages, you can expect our expert advice and support along the way, including a 24/7 helpline. And enjoy extras such as a personalised itinerary and our very own Iceland travel guide. Leave the planning to us and come enjoy a fantastic holiday.

To make your dream trip a reality, browse our Iceland tours or get in touch with us.

10 Best Places to Visit in Iceland

4 Best Ways to Spend a Week in Iceland