If you're on the hunt for treasured memories, X marks the spot in Norway.

Jay Cole, otherwise known as @WhiskyPirate on Instagram, certainly left with some rich experiences of his winter adventures in Norway's arctic north.

Jay fit in a solo trip to Norway between his stays in Iceland and Ireland, travelling on Nordic Visitor's tour 71° North - North Cape & The Snow Hotel. He enjoyed an action-packed 7 days including a northern lights tour and snowmobile safari in Tromsø, a Hurtigruten 2-day Coastal Voyage, a dogsledding excursion in Kirkenes and an overnight in the Snow Hotel, among other highlights.

Intrigued by both his Instagram photos and 'WhiskyPirate' handle, we couldn't help but ask Jay a few questions. Read our fun interview below, complete with great tips on where to sample the local spirits in Norway!

NV: You’ve done a fair bit of travelling, judging by your Instagram feed. What was your inspiration for visiting Norway?

Jay: Norway has intrigued me for a while now and after really getting bit by the travel bug a couple years ago the urge just grew and grew. After seeing a tiny bit of Iceland and the landscapes there I wanted more like it. The northern lights have been a HUGE bucket list item for me. Since this trip was all north I'd love to get the opportunity at some point to come back during the warmer months and see more of the country and hike in the west and south. 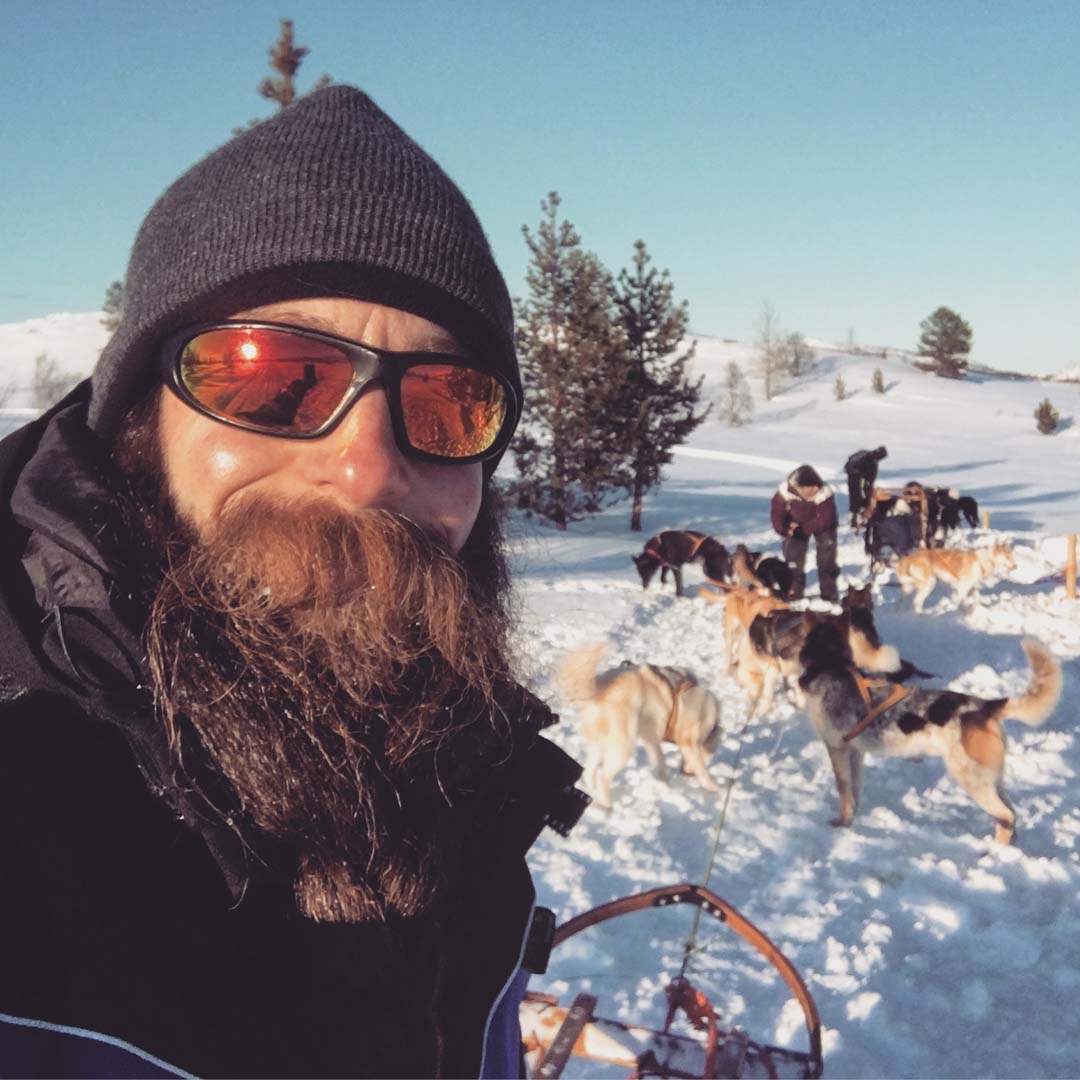 It had been a little time since my last big trip, so after deciding to meet my aunt and cousin who were going to be traveling to Ireland for a couple weeks this March I decided it was time for a big one again and started thinking about where else I may want go while across the pond. Norway was an immediate thought, so I started looking around and searching what kind of things I could get myself into during the winter season.

Normally I'd be more inclined to put my own plan together but once I saw the Nordic Visitor package offered for the Snow Hotel, the dog sledding, snowmobiling and chance to see the lights, it was practically a no brainer for me. I knew if I didn't pull the trigger I'd regret not doing it later. Everything else offered was just a good bonus.

NV: How was the experience of seeing the northern lights?

Jay: The Northern Lights that I saw [in the winning photo] was in Kirkenes. Because of the specific dates I was working with, the tour itinerary had to be slightly adjusted and you guys worked it out nicely.

I was able to see them (my first time) in between some snowstorms while on the Hurtigruten cruise to Kirkenes but wasn't able to get anywhere near close to the pictures I wanted -- the tripod didn't serve much of a purpose with the rocking from the waves. Nonetheless, just seeing them two nights back to back while on that cruise let me make a check on the bucket list. 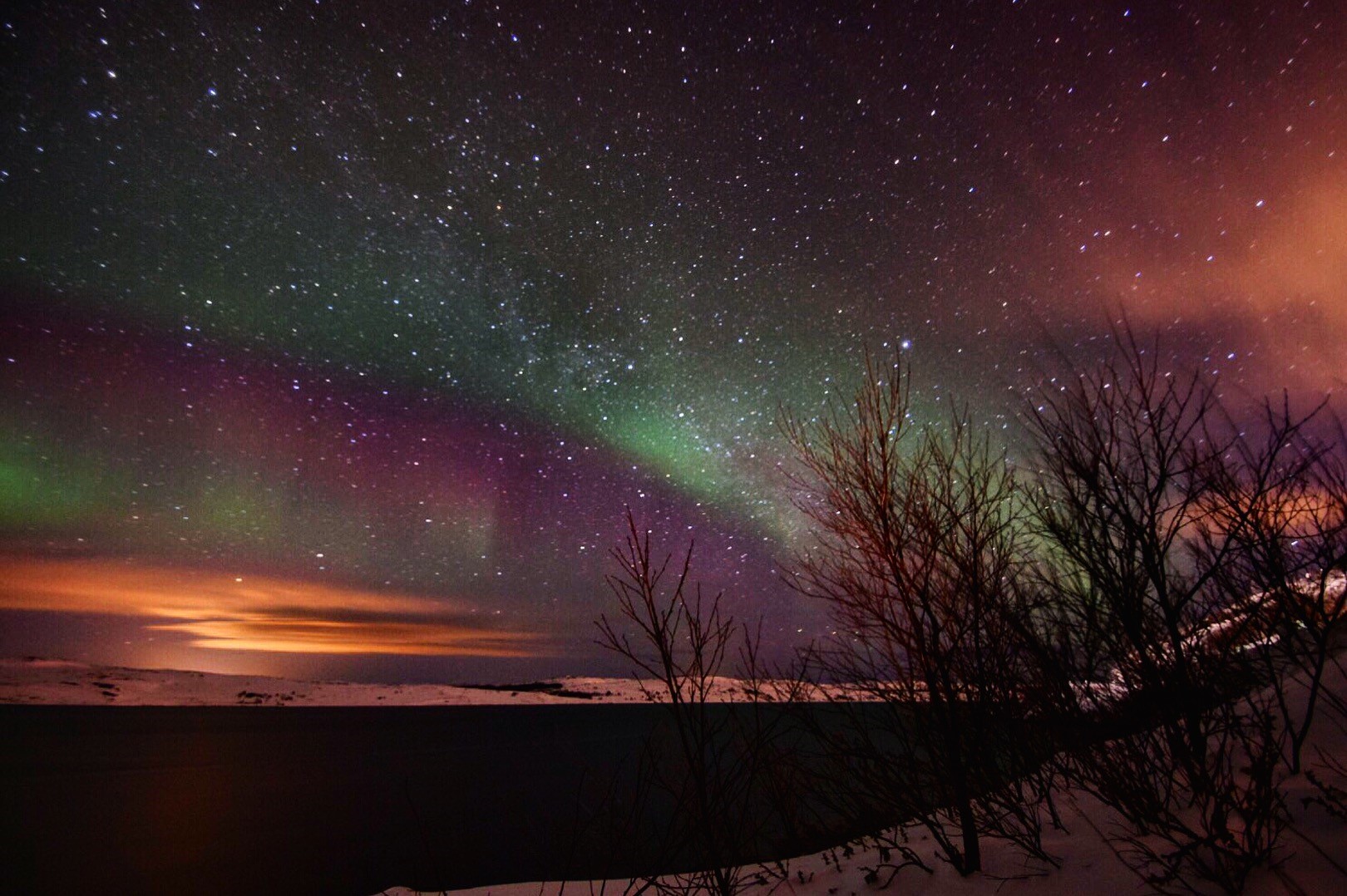 But after landing in Kirkenes the weather took an amazing turn for perfectly clear skies so I kept my fingers crossed the whole day leading up to the tour (the same night I was staying over in the Snow Hotel and after having the sled dog ride earlier that same afternoon). So it was an awesome day to say the least, but I don't think a better ending to it could have ever been written. The skies stayed on our side and I got the pictures I was after.

...I don't think a better ending to it could have ever been written.

This was one of the biggest reasons I was making the trip so to be lucky enough to see these lights finally with my own eyes was something very very special for me.

NV: Which other activities were highlights of your trip?

Jay: Hands down the dog sledding and snowmobiling were both a huge highlight. I've always loved huskies so having a chance to be pulled around by a bunch and spend an afternoon with them was great. And getting to mush and be the one at the helm was awesome. 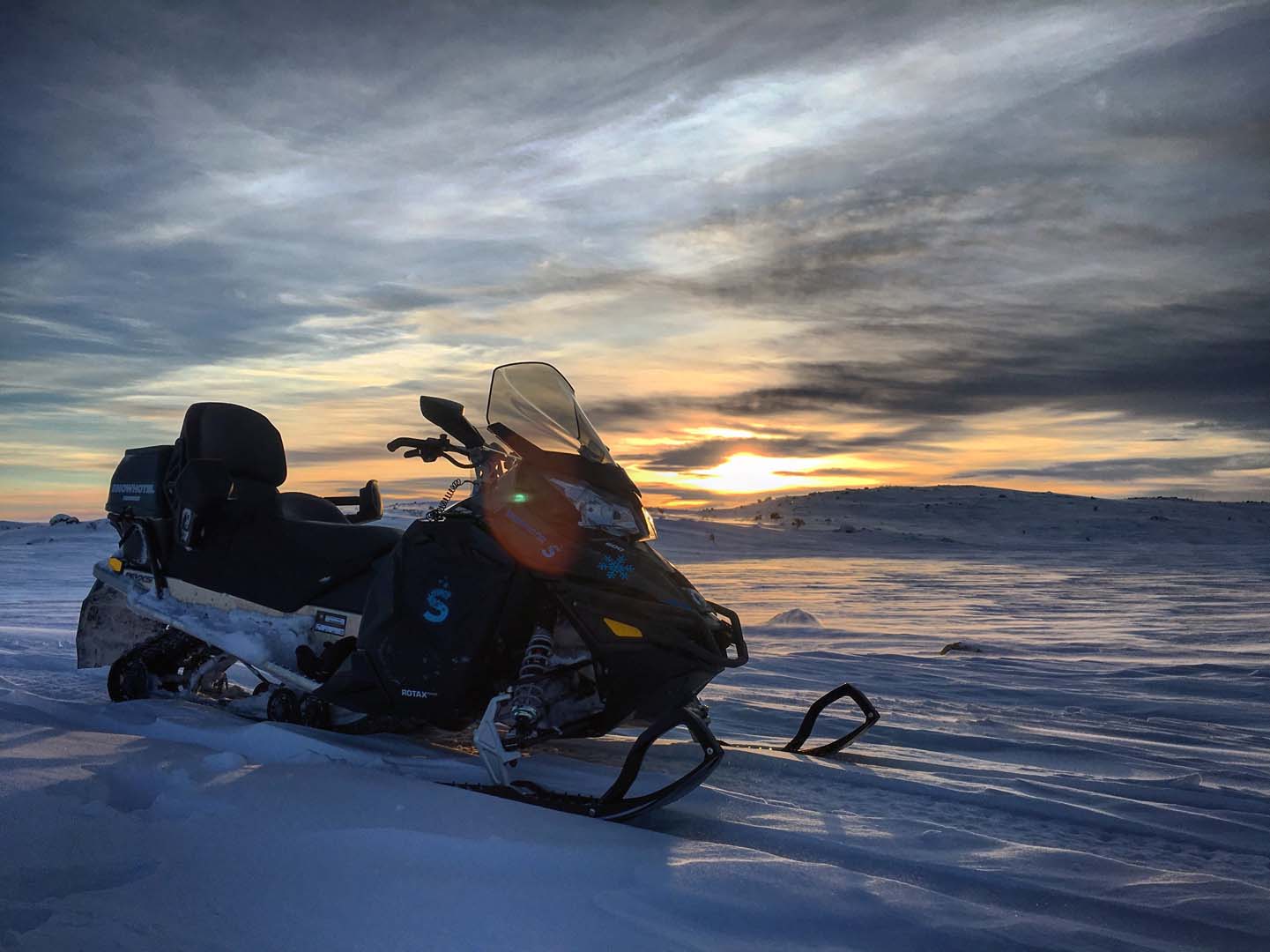 My snowmobiling trip by chance ended up being one on one with my guide, Ørjan, and he made sure I had an unforgettable ride. Once he found out I could handle myself on a sled just fine he took me on a very cool run out a decent way and let me open up the throttle a little.

NV: Tell us a little about your Hurtigruten cruise.

Jay: Hurtigruten was actually my first real cruise. I've been on boats plenty since I was young but nothing overnight or close to an official cruise. Because of my specific dates I ended up on the MS Lofoten and learned a bit of its history and how regarded the boat is for people sailing on it.

Jay's shore excursion to Nordkapp (above) was part of the Hurtigruten voyage.

I sat and ate one of the nights with two people from Germany, a younger man and his grandfather who had wished for years to take a cruise on this boat, and now the two of them were taking it together. I thought it all very cool to hear about this and see them both enjoying the trip. Everyone else I chatted with on the cruise was incredibly nice and the food was excellent!

NV: How was it to spend a night in the Snow Hotel?

Regarding the Snow Hotel, once I saw that the package included a stay here it was a huge reason for booking. I had heard about it, read a few small articles and saw the pictures. Really never thought I'd ever have the opportunity to stay and it would just be a "that'd be cool" kind of idea. But since these are the kind of things I live for I knew I had to do it once I saw I'd have that chance.

It's not the Hilton, and no Doubletree with a warm cookie, but you have an ice bar to get a glass of Aquavit and a very warm sleeping bag to roll up in on top of a real bed surrounded by ice blocks. Really, I slept just fine. 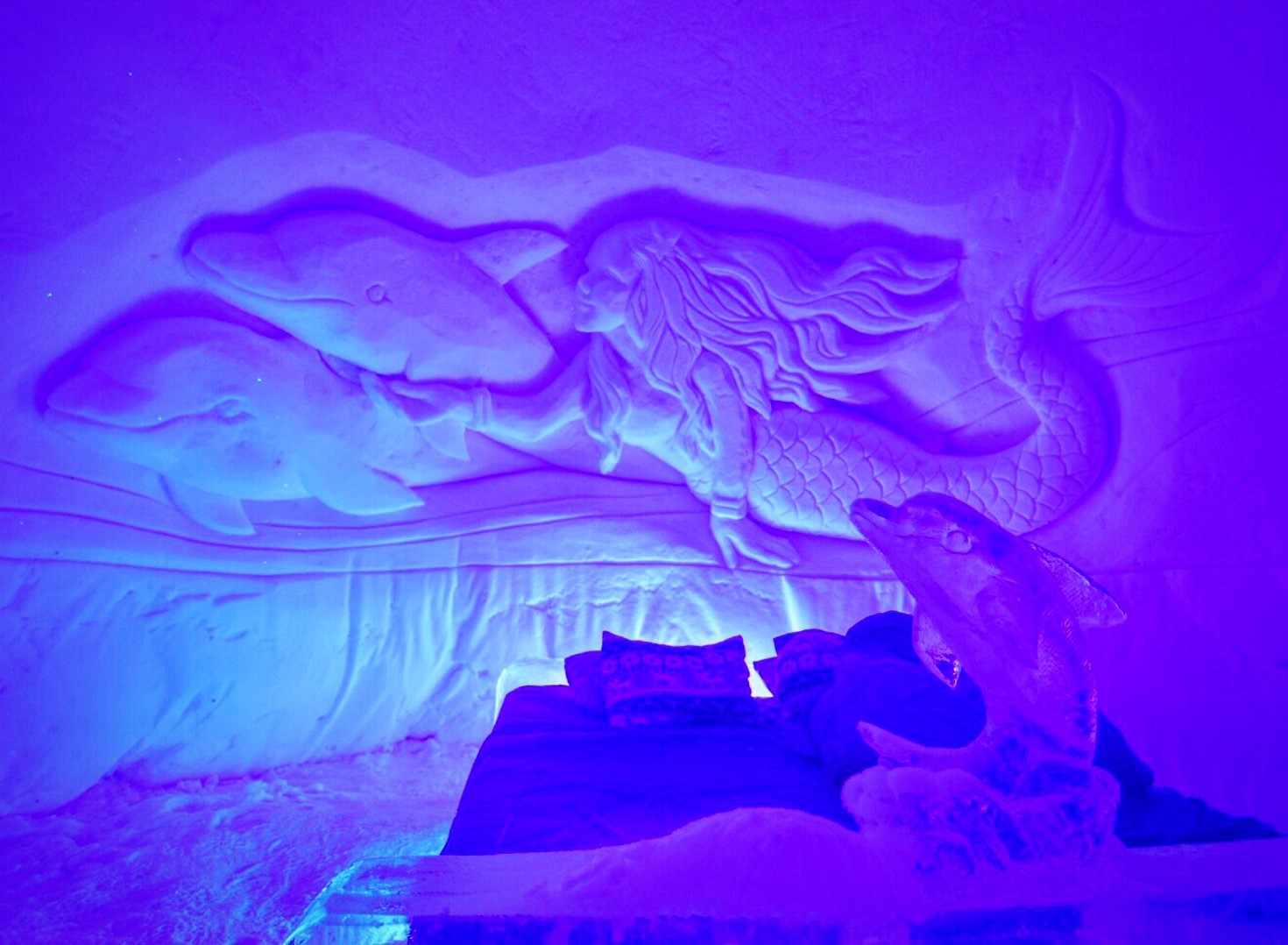 I had an absolute blast there and I'm sure anyone with an outdoor adventuring type of personality -- that doesn't need to have every creature comfort at every waking moment -- will enjoy every single second inside and on the property. It's a beautiful work of art inside and out. I had the ocean themed room with dolphins and mermaid sculpted into the walls. But I'll say the Marilyn Monroe-themed room was very cool. Next time around I'll try and request that one!

NV: As a beverage connoisseur, would you recommend any Norwegian local brews or spirits?

Jay: Sadly I can't remember the name of the Aquavit that was poured for me at the Snow Hotel ice bar but I can recall being told by the bartender that the particular bottle he poured was from a batch/barrel that spent time aging on a boat.  I had actually asked him for a whisky but he was very enthusiastic in letting me know that I "could get that anywhere else, so here we drink Aquavit!"

I wish I was able to spend some more time at Ølhallen in Tromso. My kind of spot, and it should be on any beer geek's list if they're traveling through the city. I only had enough time for a couple short pours before having to board the cruise, but if that were not the case I could have easily sat there longer and sampled more. Plenty enough on tap to choose from. 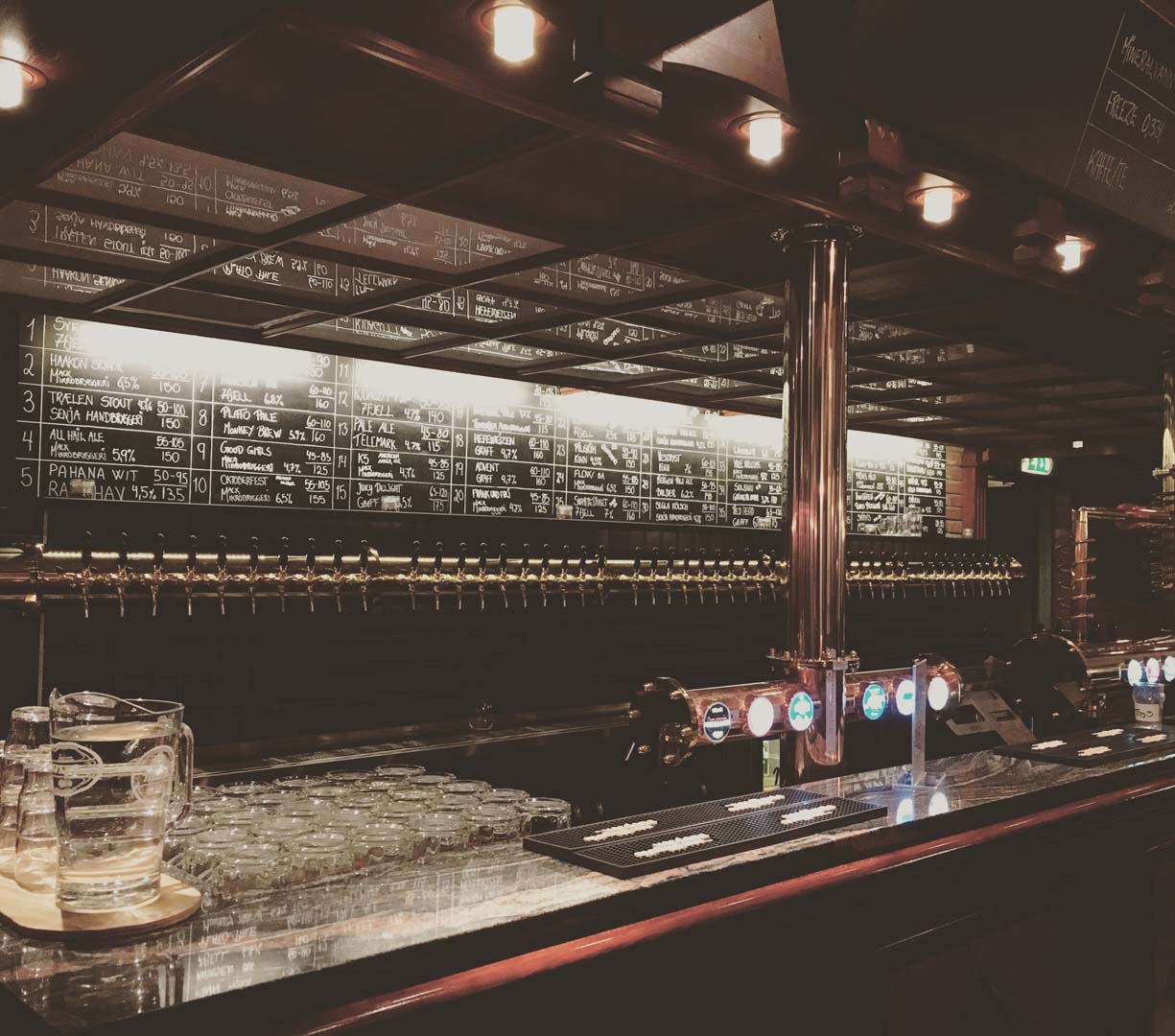 I will say that even though it was only for one quick night on the town, I really enjoyed Oslo. I found The Whisky Bar downtown just a couple blocks from my hotel after my dinner and spent the rest of my evening sipping and talking shop with the bartenders. I'm always on the lookout for something new or at least something rare that I can't easily get back home and this place definitely had it.

Since it happened to be my last night in Norway it was a very fitting way to spend off the remaining Norwegian Krone burning a hole in my pocket that I wasn't going to take back home. All in all it was definitely a trip of a lifetime!

NV: We have to ask... what's the story behind 'Whisky Pirate'?

Jay: The Whisky Pirate name is a bit of a story but the shortest and simplest version is that since my mid 20's I've been very into whisky, especially single malt scotch. I started collecting some bottles, and the collection grew pretty quickly. And I never really gave up my childhood obsession for pirates. So the two got put together when I found myself on a few different Jeep forums (while building one) and needing a username.

The nickname stuck and I'm still known as "Whisky" on those forums, even with the good friends I've made offline. So it kind of started as a call-sign but took on its own life as a character of sorts. You could say at this point I've fully embraced it.

I've been lucky enough to take a picture similar to this one a couple times now. And I'm beyond grateful for that opportunity. Last bit of packing tonight. Tomorrow, it's to the sky for another round of adventures #jaycation #iceland #norway #ireland #jaycation3 #passport #glenfiddich #glenfiddich18 #whisky #singlemalt #scotch #scotchwhisky #wanderlust #adventure

NV: Thanks for the chat, Jay aka Whisky Pirate!

You can follow Jay's whisky and travel adventures at this blog www.whiskypirate.com

Planning a visit? Take our advice...

Plan ahead: Your best chances of seeing the northern lights is October through March, so keep that in mind when booking your aurora-hunting holiday. Oh, and it's good to remember that the northern lights don't always appear when you want them to -- we've explained the science a bit more in depth in this blog post, but don't let that ruin the magic!

Good to know: Norway is pretty nice in summer too! Why not give yourself a little wanderlust by checking out Nordic Visitor's best-selling tours in Norway.

In Focus: Eat Like a King in Arctic Norway