5 Things to Do in Norway This Winter

By: Jessica
Posted in: Blogs, Scandinavia, Norway, Things to Do

In Norway there's a saying that people are born with skis on their feet. While perhaps not all Norwegians are Olympic-level skiers, they do take their winters seriously. With all those snow-capped mountains, deep fjords, twinkling night skies and fabulous recreational opportunities, who can blame them?

In fact, some of the most unique things you can experience in Norway in wintertime have nothing to do with skiing. Below are Nordic Visitor's top picks for things to do on your Norwegian winter getaway.

Norway has an impressive track record of polar expeditions, having produced historic explorers such as Fridtjof Nansen, who was first to cross the interior of Greenland on — you guessed it — cross-country skis, and Roald Amundsen, who was first to reach the South Pole.

While you may not be feeling quite so ambitious, Northern Norway is an excellent place to tap into that pioneering spirit. Many famous 20th-century expeditions were based in the Norwegian city of Tromsø, aptly nicknamed “The Gateway to the Arctic”. Here you can embark on thrilling mini-expeditions by snowmobile or — like Amundsen — by dog sled. You can also explore the Arctic comfortably indoors at attractions like Polaria and the Polar Museum (Polarmuseet).

If you're spending time in Oslo, you may also wish to check out the “polar simulator” inside the Fram Museum (Frammuseet), an exhibition dedicated to Amundsen's ship, the Fram, and the hardships of early polar expeditions.

In wintertime, daylight hours are pretty limited in areas north of the Arctic Circle in Norway. While this might entice you to stay inside and wrap up in a blanket, you could miss out on a lot happening outdoors.

Thanks to the seasonal darkness, winter is ideal for hunting the northern lights in Northern Norway. As we blogged about in another post, the city of Tromsø falls right in the middle of the “Northern Lights Belt”, the optimal latitude for viewing the auroras in the Northern Hemisphere. Another great place to look for the aurora borealis is the Lofoten Islands, a stunning, mountainous Norwegian archipelago.

3. Spend a night in the Kirkenes SnowHotel

If you’re going to visit the Arctic, you might as well make the most of it, right? Up in Kirkenes, one of Norway’s northernmost towns, you’ll find the enchanting SnowHotel — Norway’s answer to Sweden’s famous ICEHOTEL.

This unique accommodation is rebuilt every year in December in a different decorative theme, and each room features hand-crafted ice carvings and special lighting effects. Sure, it’s a brisk -4° Celsius inside, but the thermal sleeping bag and extra warm clothing provided by the hotel will keep you snug and cosy.

Thirsty? Visit the hotel’s IceBar, where you can sip vodka from glasses made of ice. The SnowHotel also hosts a husky kennel, a reindeer park and a restaurant shaped like a lavvu, the traditional tent of the region’s native Sami people.

4. Sail the Arctic waters on a Hurtigruten cruise 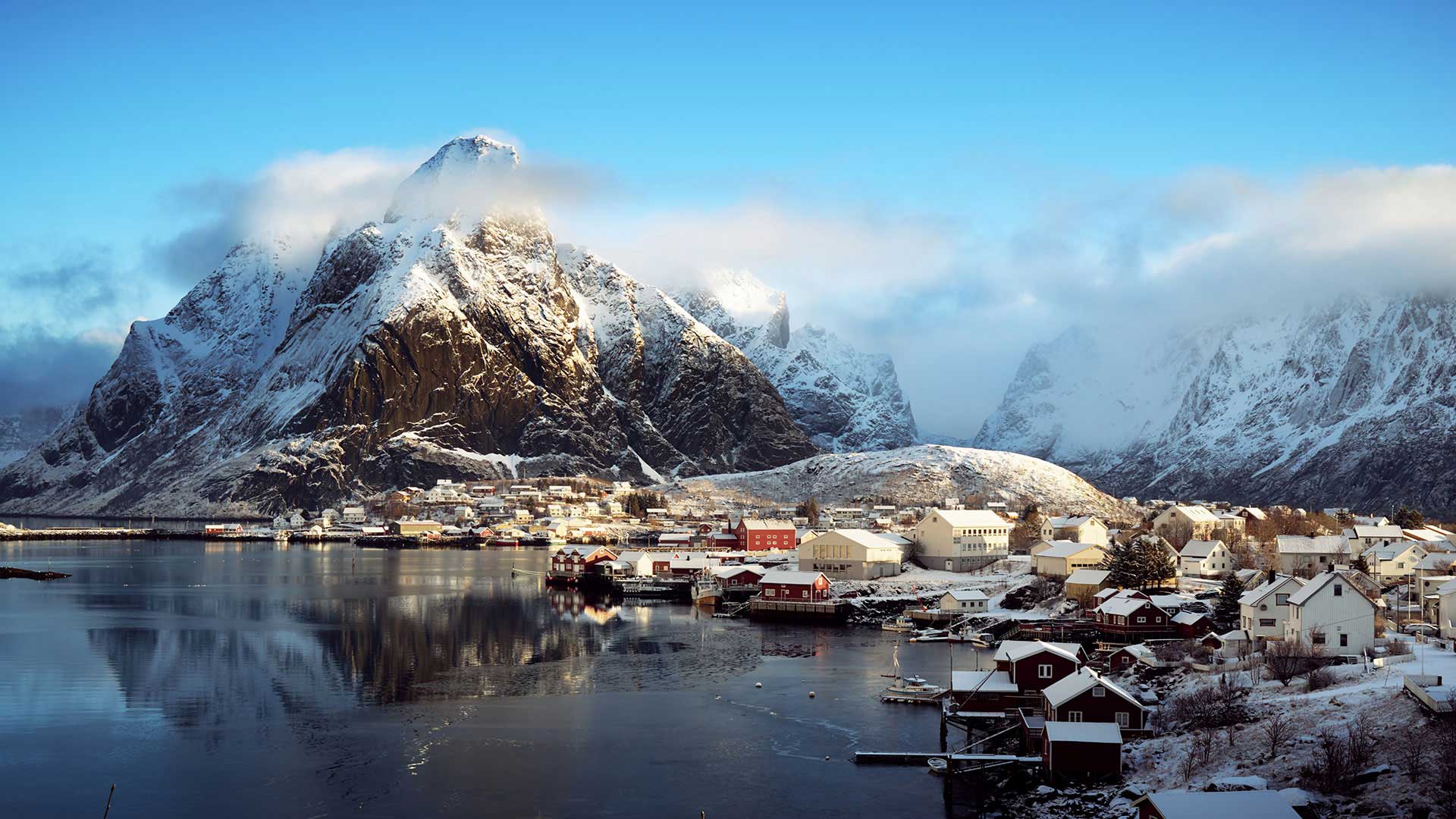 The village of Reine in Norway's Lofoten Islands

Did you know you can cruise the rugged Norwegian coast even in wintertime? The popular Hurtigruten coastal voyages operate year-round, from Kirkenes at the northern end of the route to the city of Bergen in the southern end, with beautiful ports of call in between such as North Cape (Nordkapp) and the Lofoten Islands.

The great thing about a Hurtigruten cruise is its hop-on, hop-off style of travel, meaning you don’t have to do the entire route. Nordic Visitor can tailor tours according to your interests. This means you can combine a 1- or 2-night cruise with overland journeys such as the scenic Norway in a Nutshell railway tour for extra views of snow-capped fjords.

5. Eat some of the best seafood you’ll ever taste

It goes without saying that you’re going to be ravenous after spending all that time outdoors. Luckily for you seafood lovers, fresh fish is at its best during wintertime in Norway.

A few things you might have on your plate include local cod, halibut, salmon and trout as well as other seafood such as prawns, langoustines, blue mussels, scallops and lobster.

If you really want to treat yourself, the Norway travel experts at Nordic Visitor wholeheartedly recommend dining on king crab, which, if you're staying in Kirkenes, you can help catch yourself with local fishermen on a King Crab Safari on the frozen Barents Sea. (We tried it! Read about it here.)

Bon appétit! Or, as they say in Norway, vær så god.

Guess what? There are way more than 5 things to experience in Norway during winter, and our friendly travel experts can help you narrow down just what to see and do here on your tailor-made Nordic Visitor tour. Who knows, you might even have time to do a little skiing. Get in touch to start planning your adventure!

In Focus: 9 Must-Sees in Norway