What is Scotland known for? Serene loch views, enchanting castles, and Scotch whisky are some of the most famous things about this Celtic country. Yet there’s so much more to see and do. And on a visit to this proud nation, you can explore Scotland's surprises and charms for yourself.

To whet your appetite for a trip to this land of haggis, bagpipes, and tartan kilts, we’ve put together a list of 10 Scottish facts. Read on to discover the legends and landscapes, culture and cuisine that makes the Scottish people and their country so unique. 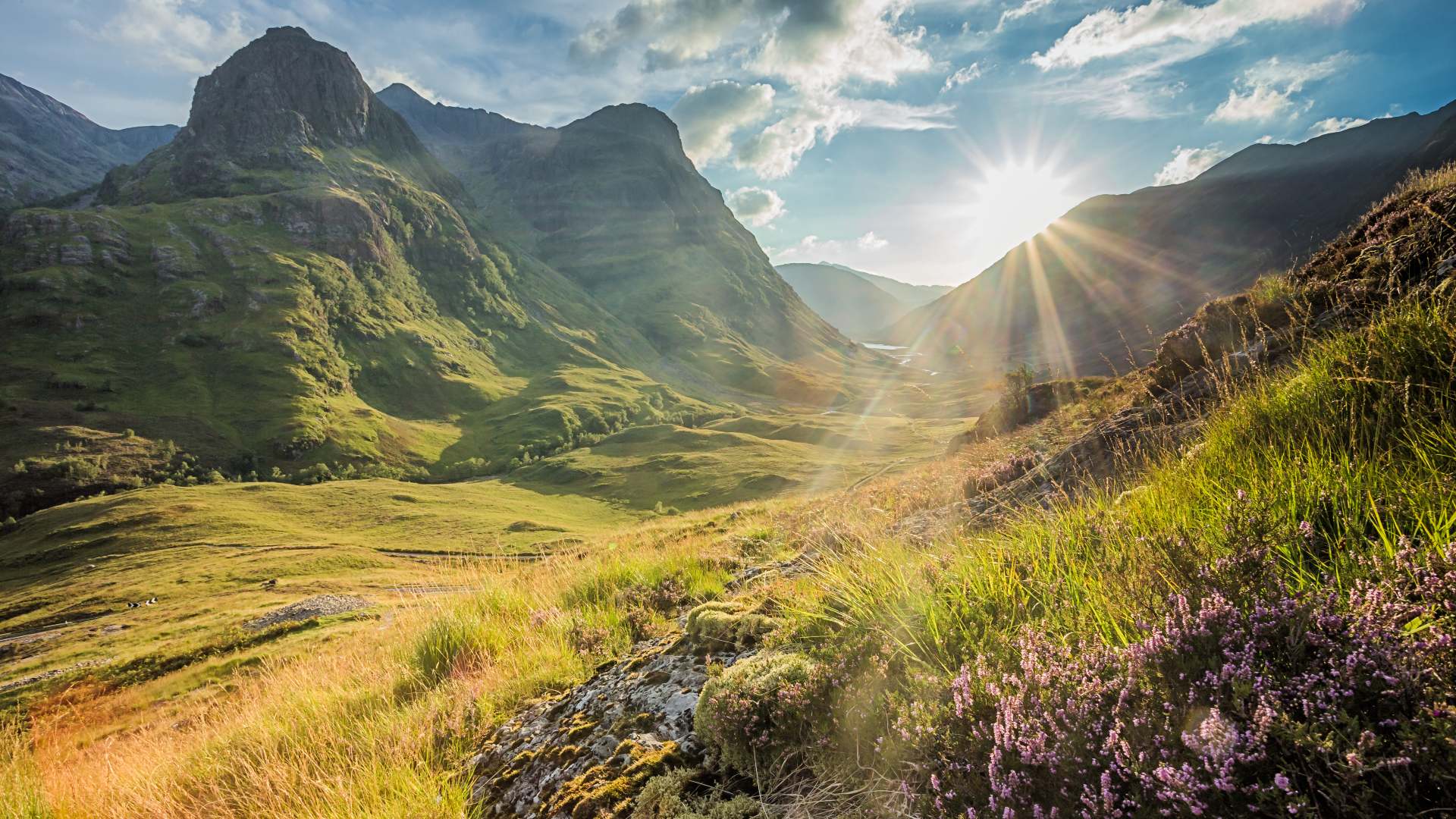 1. Scotland is known for its wild natural beauty

One of the things Scotland is best known for is its majestic landscapes. Even the shortest visit here will show you why the country deserves its reputation as one of the most gorgeous places on the planet.

Consider the graceful drama of Edinburgh’s skyline, bordered by Edinburgh Castle and Arthur’s Seat, the extinct volcano that looms over the capital. Or head up north to the Isle of Skye, where the mighty Cuillin Hills will amaze you. Alternatively, check out Scotland’s best beaches, and must-see lakes like Loch Lomond.

Wherever you go, you’ll be inspired by Scotland’s world-famous scenery. 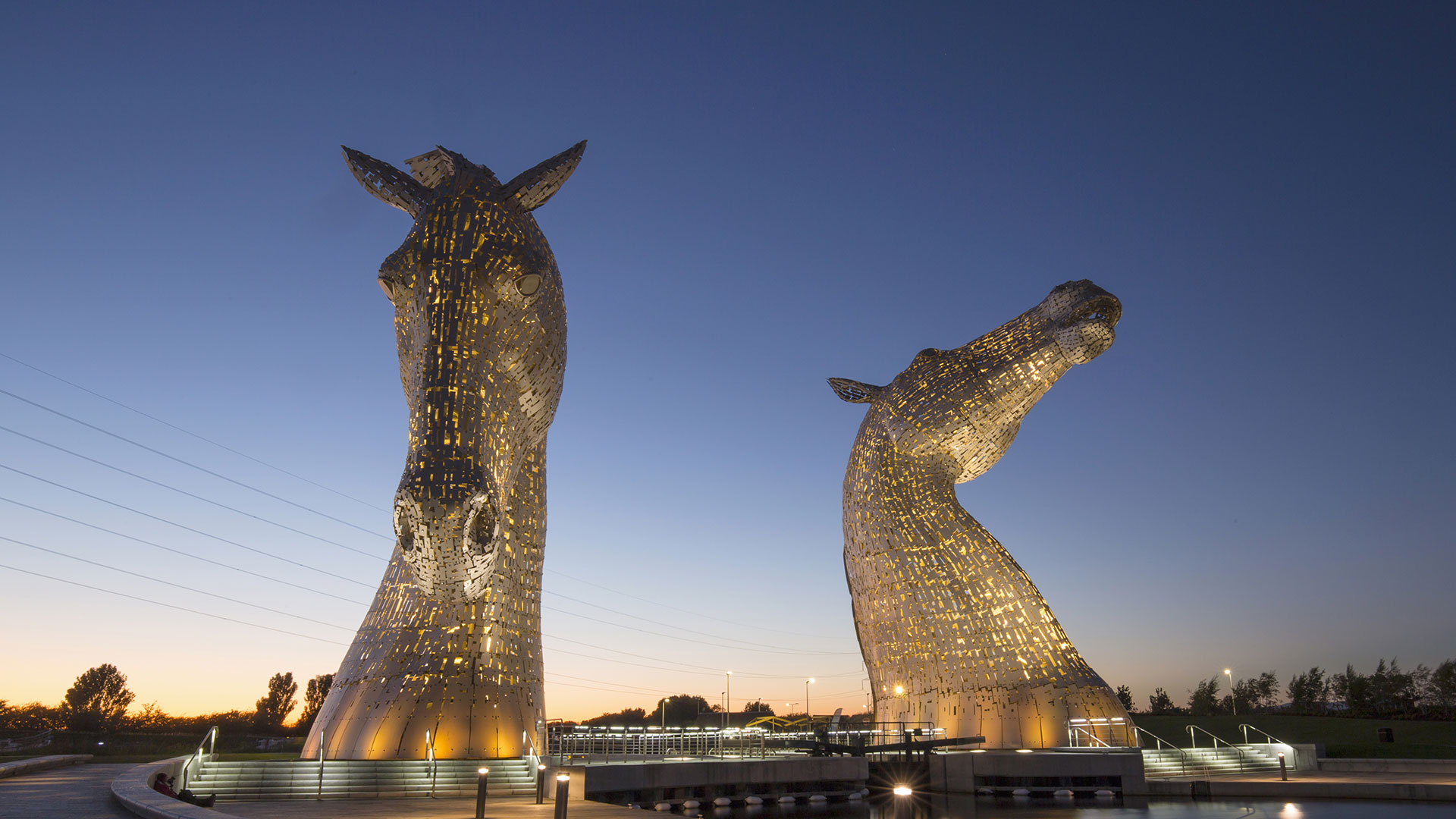 2. Scotland’s myths and legends are still very much alive

Scotland’s landscapes are awesome enough by themselves. Yet part of their allure is an aura of mystery, and the many legends that surround them.

Nessie, the elusive inhabitant of Loch Ness, is probably the best known. But she’s far from the only legendary creature that calls Scotland home.

For example, take a trip to the fairy pools on Skye, where the “little people” are said to bathe. Or, if you’re adventurous, catch a boat to Fingal’s Cave on the Isle of Staffa. It’s named after the legendary figure from the poems of James MacPherson, and it’s truly a place of wonder.

Alternatively, back on dry land, visit the sculpture of the Kelpies outside Falkirk that honours the shape-shifting spirits that lurk in Scotland’s lochs. It’s a testament to the enduring fascination with the country’s mythical creatures. 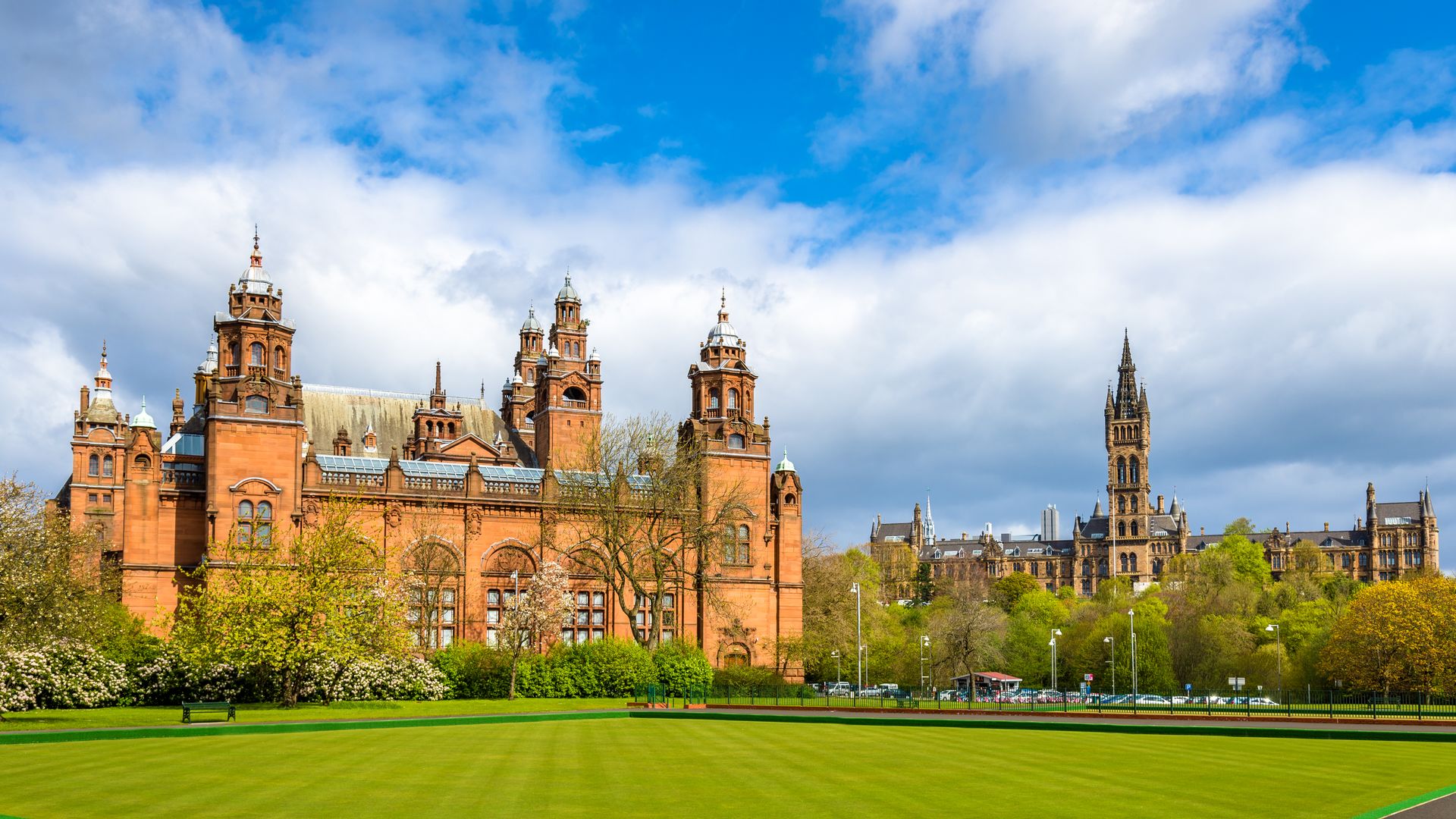 3. Scottish cities are some of the coolest places in the UK

Though its natural assets have long been Scotland’s main draw, there are many reasons to visit Scotland’s towns and cities too.

Edinburgh’s trendiest district, Leith, with its buzzing nightlife and bewitching Shore area, is one of the capital city’s best places to spend an evening. Meanwhile, in the mighty city of Glasgow, the so-called “friendliest city in the world,” you’ll find surprising cultural gems such as the Kelvingrove Art Gallery.

In fact, no matter where you are in the country, don’t skip Scotland’s urban centres. From Ullapool in the north to the wee royal burgh of Dumfries, Scotland’s towns are hubs of captivating culture and compelling historical sights. 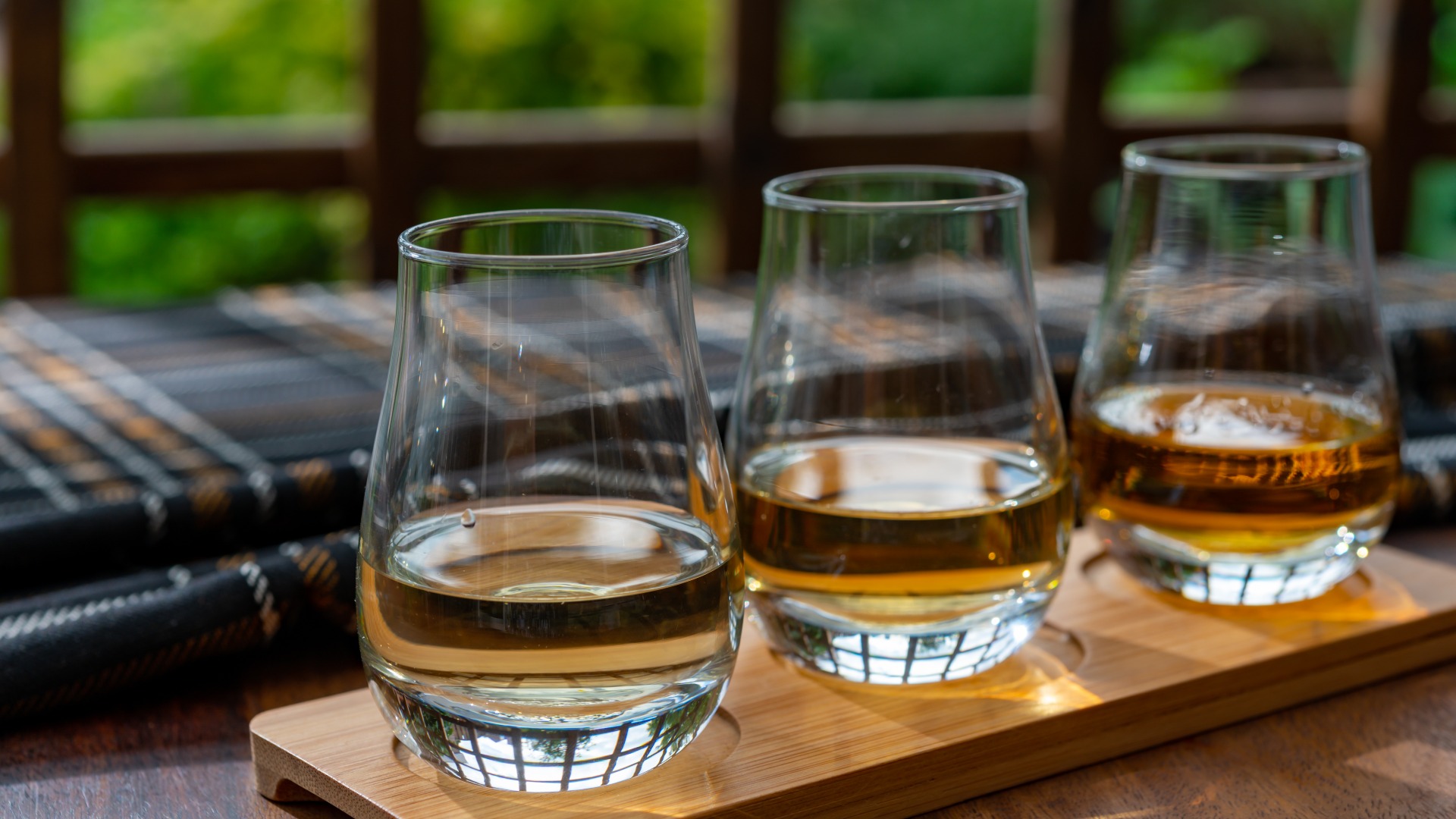 4. Scotland is still known for its whisky – and now its gin too

Scotland is home to 130 different whisky distilleries, making it the country with the highest concentration of whisky production in the world. It’s no surprise that the “water of life” (or “uisge beatha” in Gaelic) is one of the best-known traditional Scottish products.

As you’ll discover, it’s the variety that makes Scotch whisky really special. For example, there’s the peated, smoky flavours characteristic of whisky from Islay, or the sweeter notes of Speyside. It all comes from the same base of malted barley.

But now Scottish whisky has some competition as the country’s favourite drink. One cool fact about Scotland you may not know is that it is a major producer of gin too. There are over 90 gin distilleries in Scotland to try!

Anyone who loves arts, drama, comedy, or live music will be spoiled for choice in Scotland. And your starting point will likely be the Edinburgh Festival – the largest arts event on the planet.

Born in 1947 to celebrate culture after the Second World War, the Festival is still going strong. In a typical year, more than 300 venues host over 3,800 shows across the city. And one of its most special occasions is the Royal Edinburgh Military Tattoo, an awesome spectacle held at Edinburgh Castle.

Yet Scotland’s festival culture is not all about Edinburgh. You can find live music and arts events throughout the year all over the country. Whether you’re in the Hebridean island of Tiree or the delightful village of Killin in the Trossachs National Park, don’t miss the country’s cultural treasures. 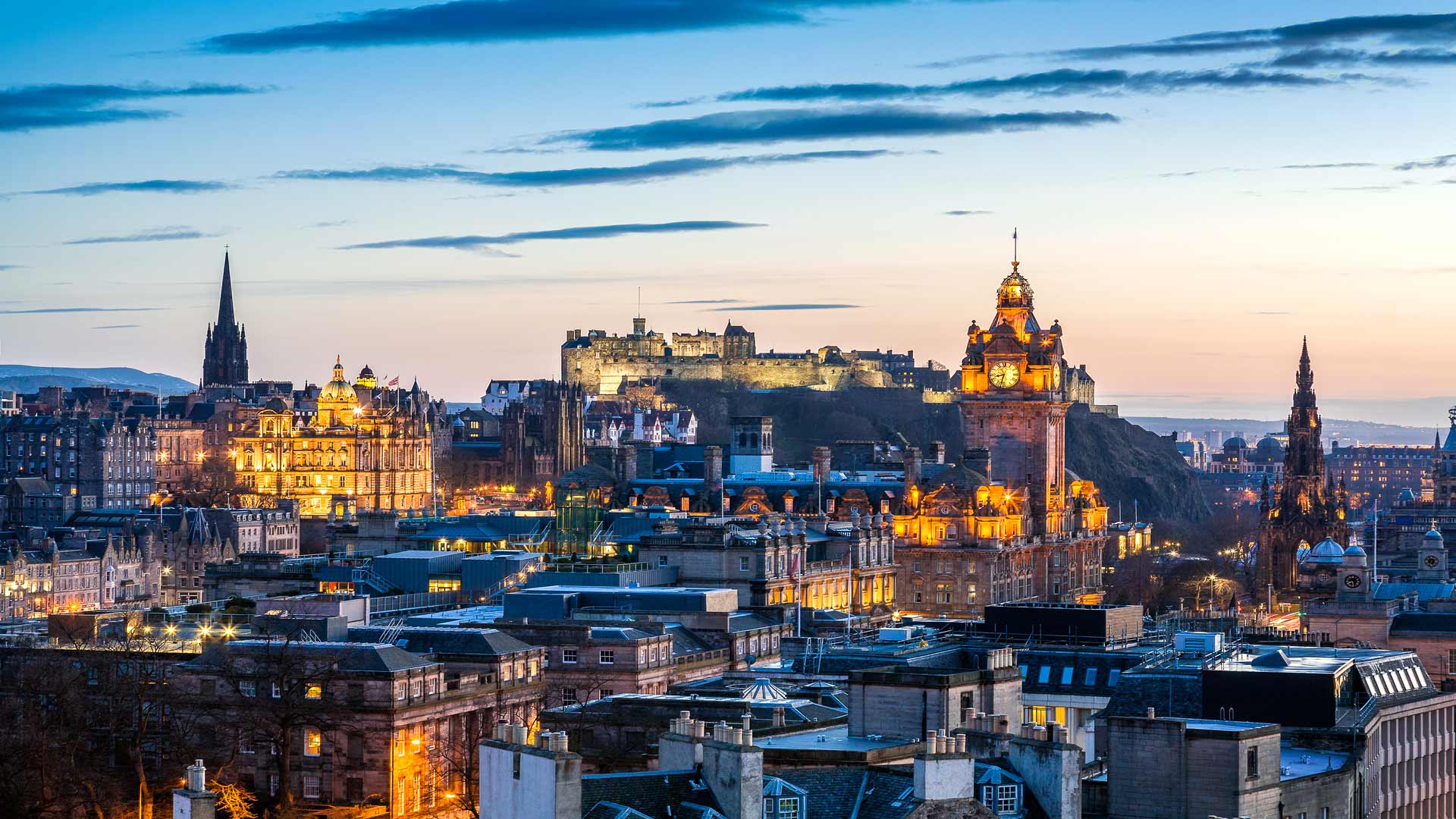 6. The country’s literature is famous globally

Another thing that Scotland’s famous for? Its literature. In fact, in 2004, Edinburgh became the first city in the world to be named a UNESCO City of Literature – thanks to its incredibly rich history of writing.

This tradition is still alive and kicking. Probably the most famous literary resident of Edinburgh today is J.K. Rowling, the mind behind the Harry Potter series. But a different side of the capital is on display in the work of Irvine Welsh, the author of the notorious novel, Trainspotting.

Literary fans will find inspiring sights across the country. Explore the holiday home of Beatrix Potter in the Perthshire village of Dunkeld. Or head to the Robert Burns Mausoleum in Dumfries to discover the life of Scotland’s most important writer. 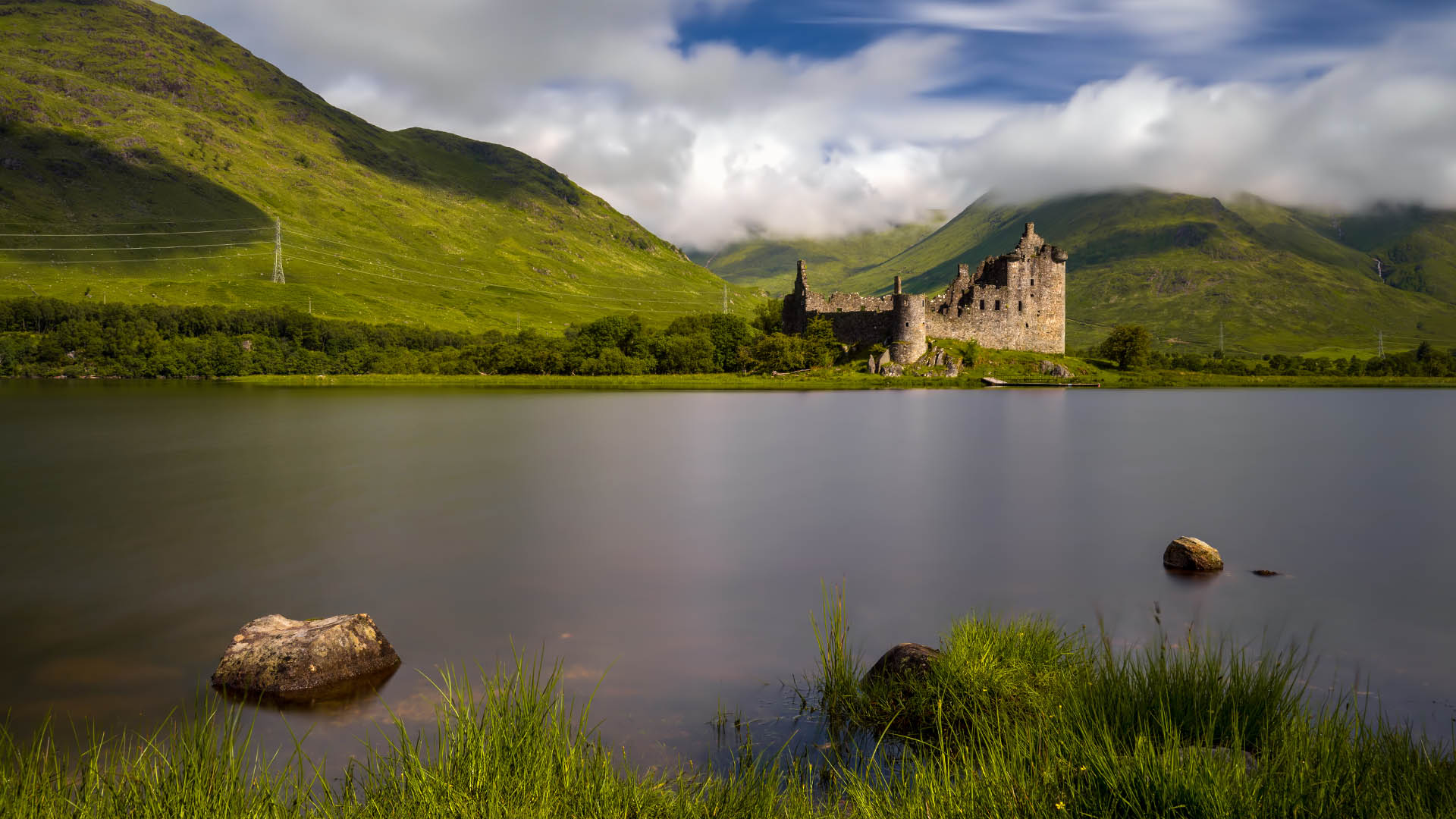 7. Scotland really is a world of castles and Highland clans

Think of Scotland and you may well imagine a castle perched on the shores of a dramatic loch. You really will find glorious scenes like this at many points in your journey across the Scottish Highlands.

These castles are central to the history of Scotland’s clans, the kinship groups that once organised Highland society. For example, on the road to Skye, you’ll pass the spectacular Eilean Donan, on the banks of Loch Duich, the stronghold of Clan Mackenzie and Clan Macrae.

Further south, in Argyll, check out the ruins of the 15th-century Kilchurn Castle, perhaps one of the most iconic castles in Scotland. It was once home to the Campbells, a particularly powerful Scottish Highland clan. 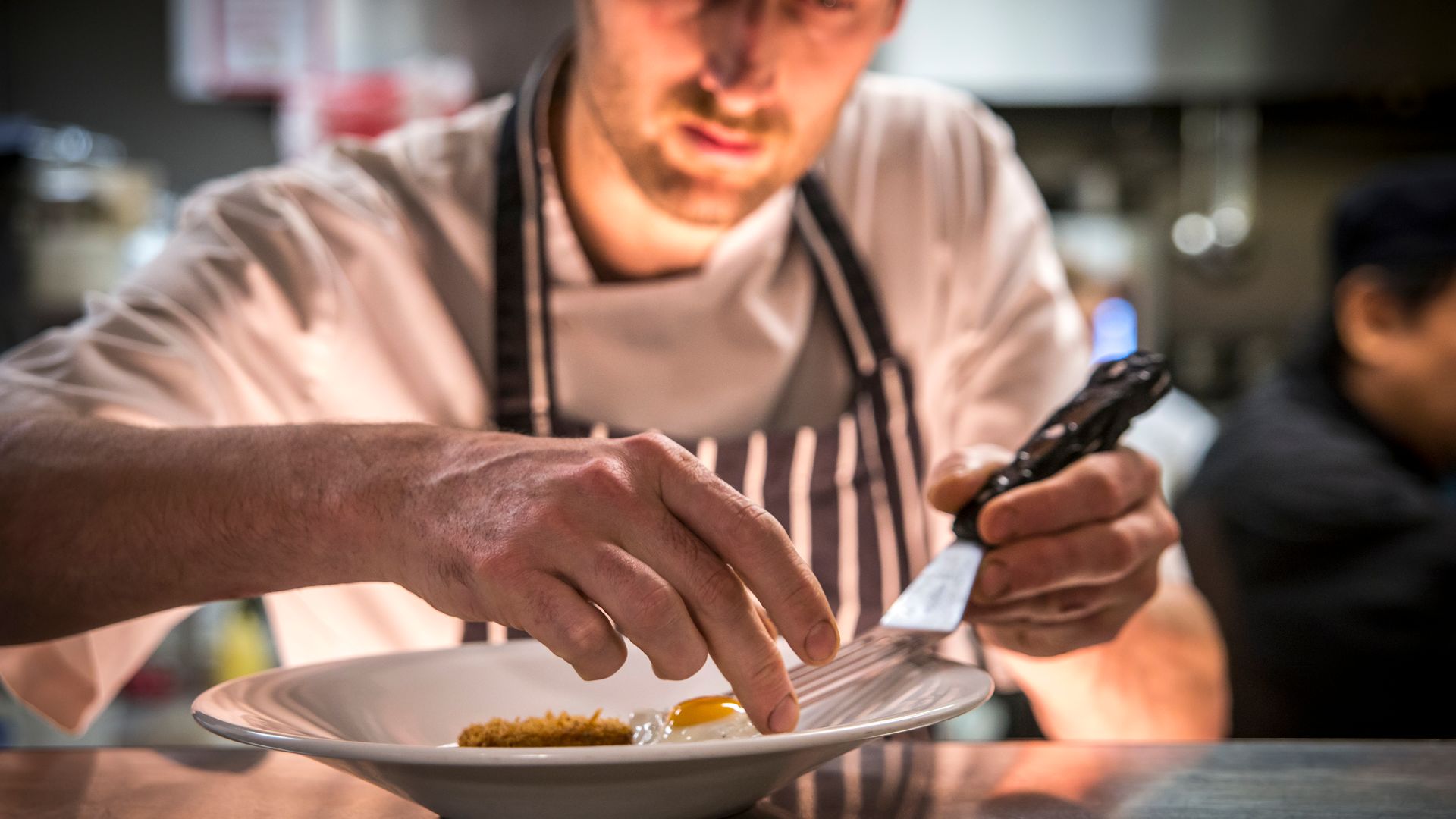 Haggis, black pudding, and deep-fried Mars bars – the most famous Scottish food isn’t always taken seriously abroad. But the stereotypes don’t do justice to the true diversity and joy of Scottish cooking.

In coastal towns, such as Arbroath, you can taste fresh or smoked seafood in an infinite variety of ways. In the heart of the Highlands, sample local specialties like venison or the renowned Aberdeen Angus beef. Meanwhile, in Scotland’s cities you can choose from an incredible wealth of cuisines from across the world.

But even Scotland’s most eccentric dishes will win you over. You’ll see for yourself that haggis with neeps and tatties (that’s swede and potatoes) is truly delicious.

The cry of the bagpipes is likely the most characteristic sound in Scottish music. Walk down the old medieval streets of Edinburgh and you won’t miss its distinctive tones.

Yet there’s a lot more to the country’s musical scene. In fact, Scotland has long been a cultural powerhouse, and one still driven by historical songs, instruments, and themes.

Homegrown acts like Duncan Chisholm and Karine Polwart are keeping folk music in the mainstream. Meanwhile, in Glasgow – a UNESCO City of Music – you can catch events like Celtic Connections, a live music festival dedicated to Scotland’s traditions.

Of course, when you’re in Scotland, don’t miss a “ceilidh”, the energetic Scottish dance. You'll find that some of the best ceilidhs take place during Scotland's New Year's Eve celebrations. 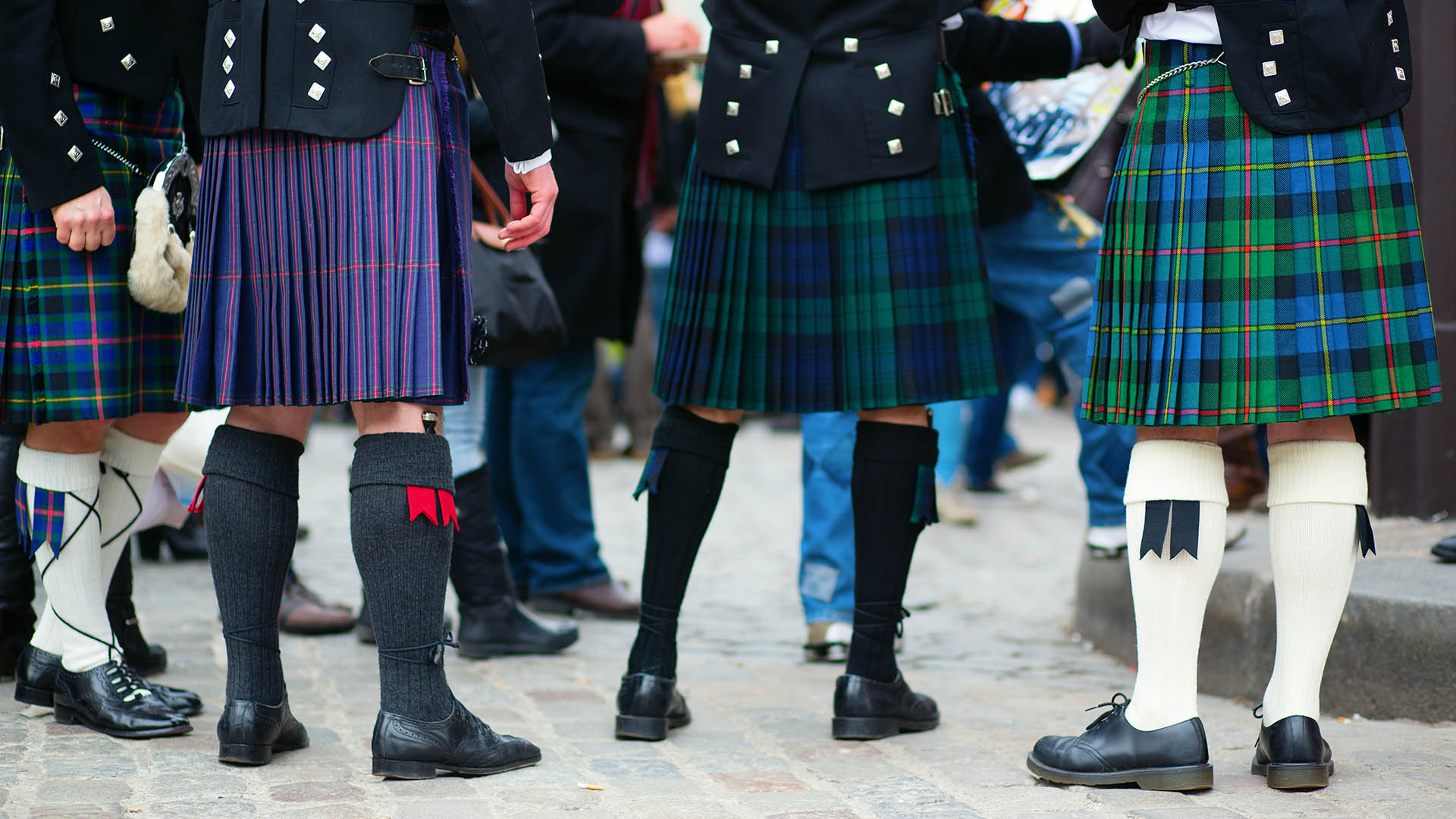 10. Scottish fabrics are renowned for their quality

Finally, you can’t read about Scotland without noticing its incredible history of crafts and textiles. And thanks to both traditional patterns and contemporary designs, you’ll find something that you love.

Tartan, the criss-crossed woollen fabric that’s said to be unique to each ancient clan, is perhaps the most famous Scottish design. Meanwhile, Harris Tweed is just as prestigious, handwoven on the islands of the Outer Hebrides.

That’s not all. For example, the distinctive woollen jumpers of Shetland and the fine cashmere of the Scottish Borders share in this wonderful tradition, too. 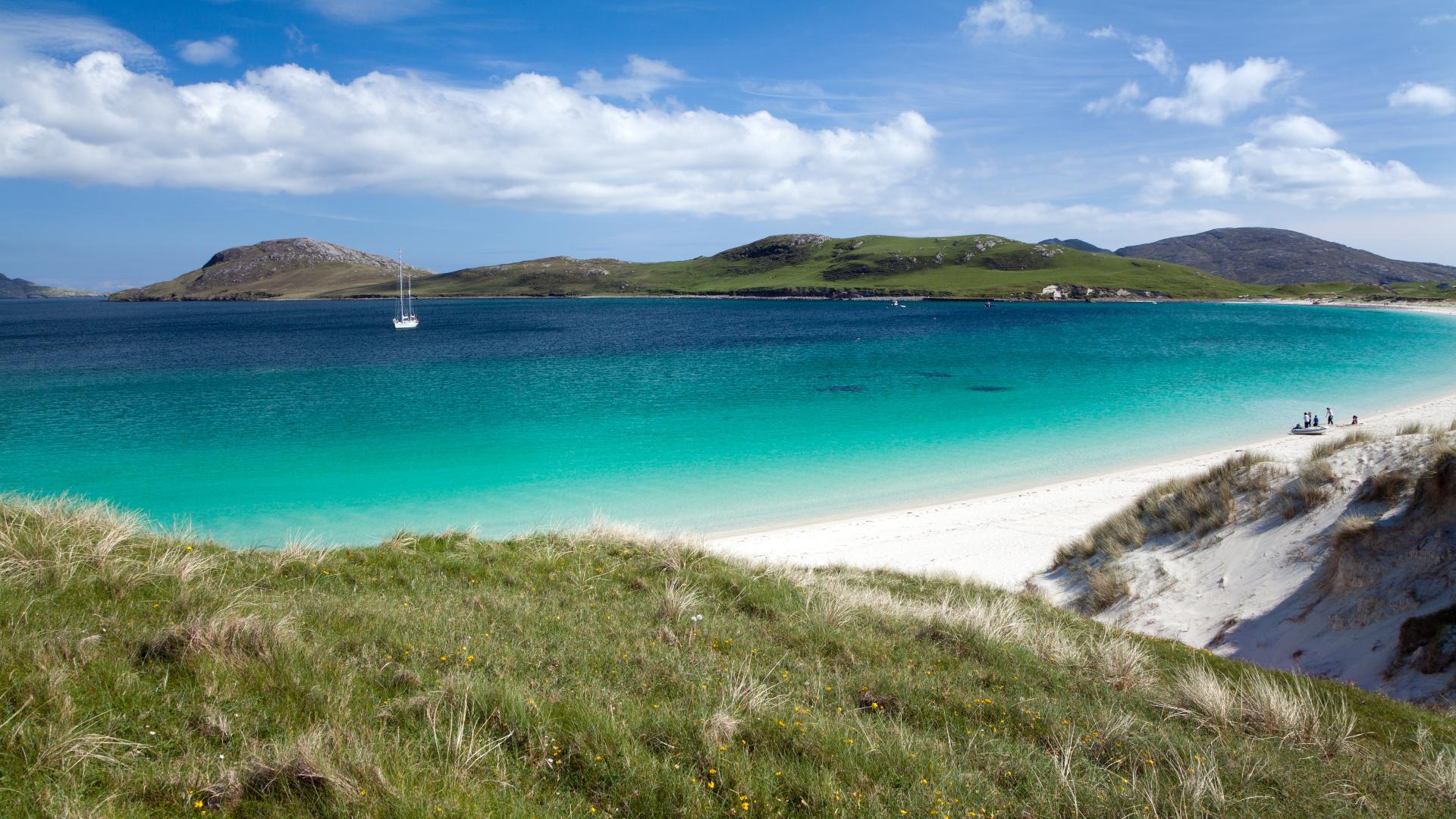 Want some more fun Scotland facts? Check out these 5 things you probably didn’t know about Scotland. 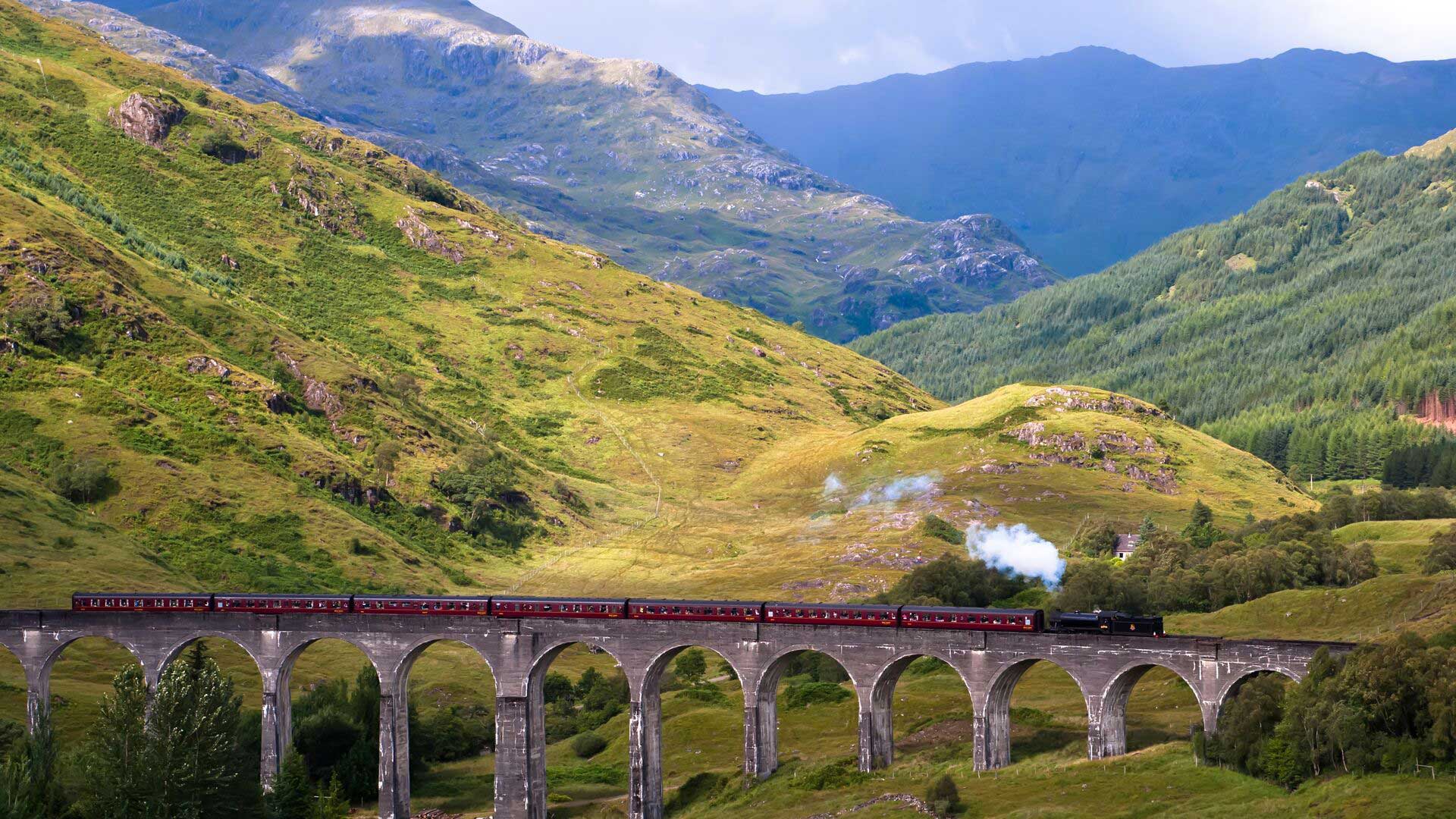 Discover Scotland for yourself

There’s so much more to love about Scotland. Come and experience this charming, mysterious, and inspiring country for yourself.

If you book a tour of Scotland with Nordic Visitor, we’ll take the hassle out of your planning. We have local experts in Edinburgh who can give you tailored tips and share their personal knowledge of the country.

They’ll also help you with little extras, like the best places to eat and cultural highlights too.

Get to know Scotland for yourself. Contact our Scotland travel experts to start your trip.