By: Catharine
Posted in: Iceland, In Focus

In today's installment of In Focus, we take a look at the wildlife of Iceland!

We receive many lovely photos from our travellers' journeys around Iceland and, luckily for us, nearly every photo series includes at least one snap of the gorgeous Icelandic horse. With their short stature and fuzzy exteriors, they're always a pleasure to see on our computer screens when we're not out and about and nuzzling them in real life. 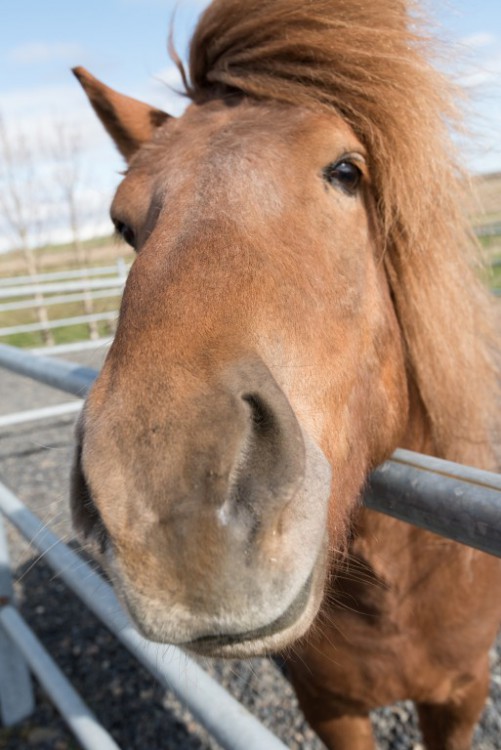 But, did you know that the Icelandic horse isn't native to Iceland? Do you need a moment to recover from that shock? It was imported centuries ago, but imported nonetheless.

In fact, the only mammal native to Iceland is the arctic fox.

But native-shmative, right? Iceland has still got a handful of friendly animals that you're likely to encounter on a spin around the famed Ring Road. Below are a few of our favourites.

Anybody who has driven outside of Reykjavík in the summer months has seen (or more closely encountered) an Icelandic sheep. These fluffy fellas are let loose to roam the highlands and graze throughout the summer and are oft spotted along roadsides or crossing the highway — all the more reason to remain vigilant behind the wheel! 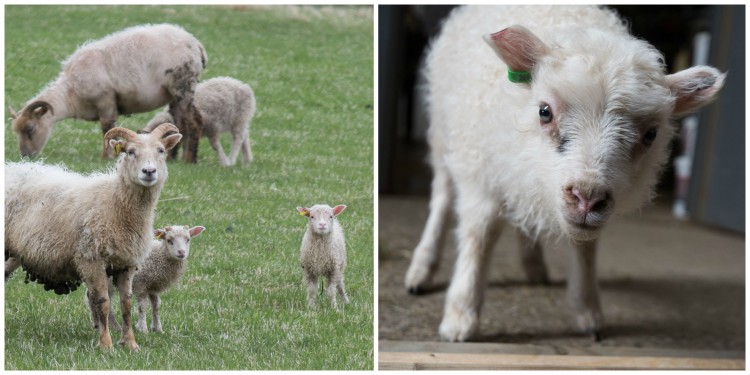 Bob Quinn captured these two photos of Icelandic sheep during his summer trip in Iceland.

Lambing season (May and June) is a great time to visit if you're a sucker for adorable baby animals (who isn't?) as the little darlings can be seen following closely behind their mothers while they graze.

You're bound to see a lot of winged creatures in Iceland. Ducks and geese bobbing in Reykjavík's central pond, Tjörnin, are always crowd-pleasers and are not shy about snatching bread right out of the hands of unsuspecting  bystanders. 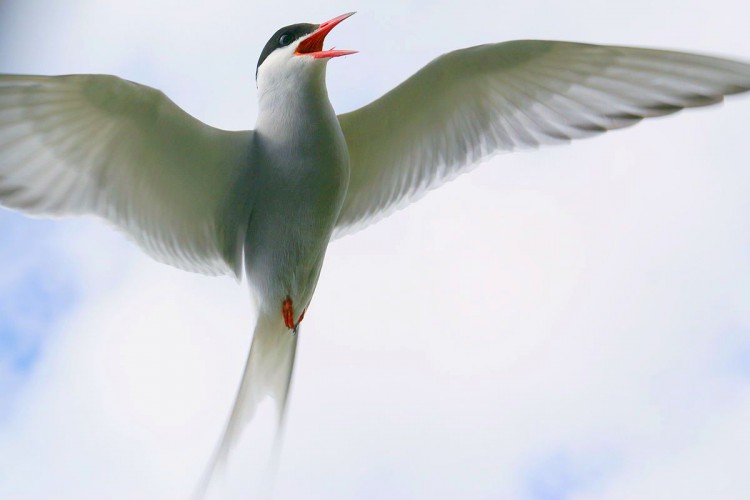 The arctic tern protecting its nest against a photographer in south Iceland [Photo: OddurBen]

The Arctic Tern has a reputation for being fiercely protective of their nests. The little white birds, with characteristic black heads and sharply angular wings, will dive aggressively at anyone who wanders too close for comfort during nesting season. For this reason, there are often signs indicating tern nests. It's in everybody's best interest to stay away. These fellas can also be spotted around Reykjavík's pond, often performing such impressive feats as catching food scraps midair!

[NOTE: in order to protect the health of the birds around Reykjavík's pond and to ensure that predatory birds don't flock to the area and prey on ducklings, the City asks that you not feed the birds during the spring and summer.]

Also lovely to look at are the Oystercatchers that populate Iceland's coastal areas. These wading birds are a stunning black and white, and sport a long needle-like orange beak and shocking red eyes. 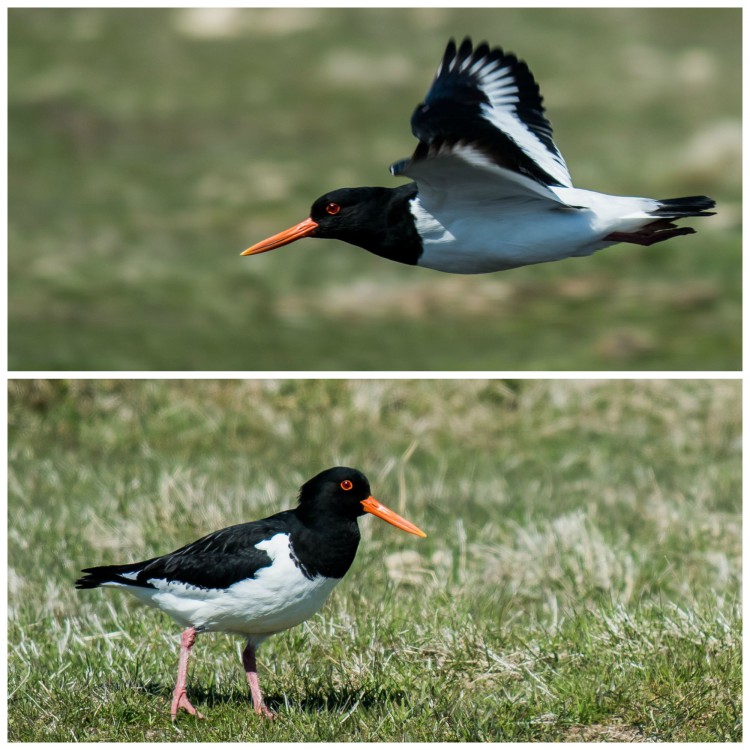 The beautiful Oystercatcher, on the ground and in flight, are common sights in iceland's coastal areas. These two were captured by Bob Quinn.

Okay, puffins are birds, but they're so special and such a treat to view that we couldn't bring ourselves to bunch them in with the other birdlife we mentioned above. 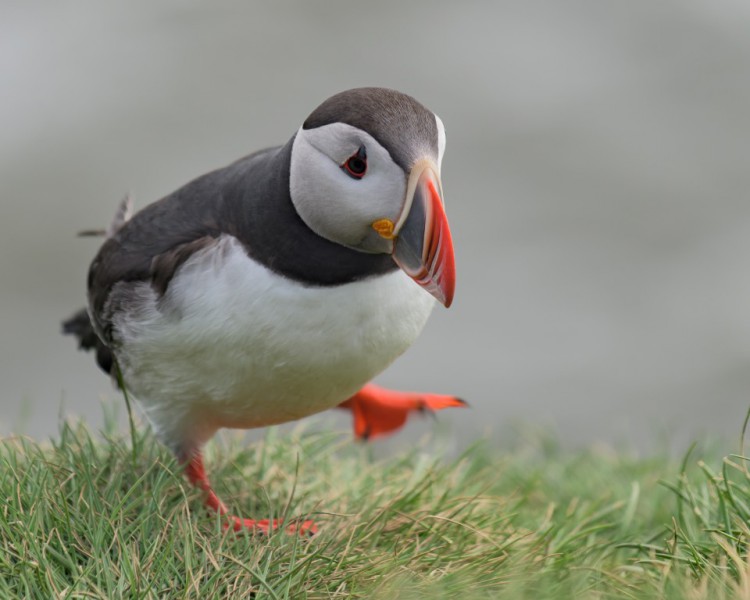 This little fellow waddled at just the right time for Bob Quinn to capture this photo in June.

These little seabirds are beautiful to spot nestled among craggy rocks and perched along cliff sides, often with a freshly caught fish or two dangling from a colourful beak. But get the chance to see them in flight or attempting to land on the water and you're in for a real treat. They are comically clumsy little creatures! 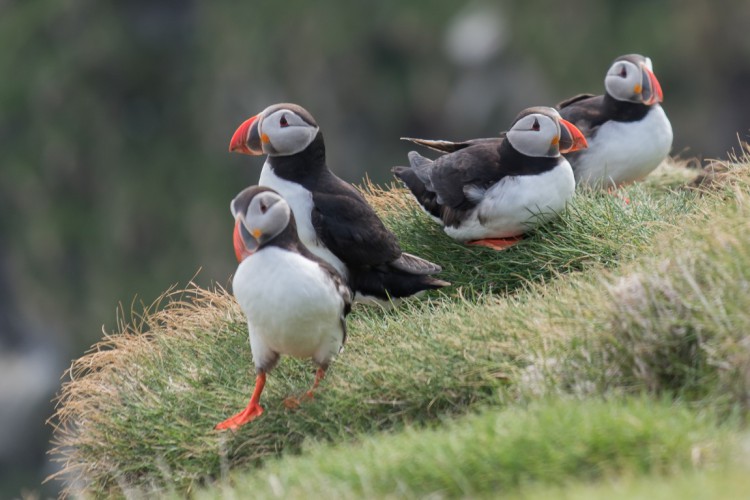 A group of puffins huddle along a cliff in south Iceland for Bob Quinn to photograph.

In flight, the puffin's little wings flap frantically, and their approach to land on the sea more often than naught ends with a splash and a tumble along the water's surface.

You can spot these guys during puffin tours from Reykjavík harbour, in the Westman Islands, and at the Látrabjarg bird cliffs in the Westfjords of the country. Puffin populations are dwindling around the world, so be sure to stay a respectful distance away when in their territory so as to not startle them.

As mentioned at the top of this post, the arctic fox is the only mammal native to Iceland. They are thought to have survived on the island through the last ice age, and stuck around once the thick glacial ice receded. Since Icelanders have historically been an agrarian people and foxes are pesky predators, killing off the fox is one of the country's oldest paying jobs and fox hunting is widely practiced to this day. 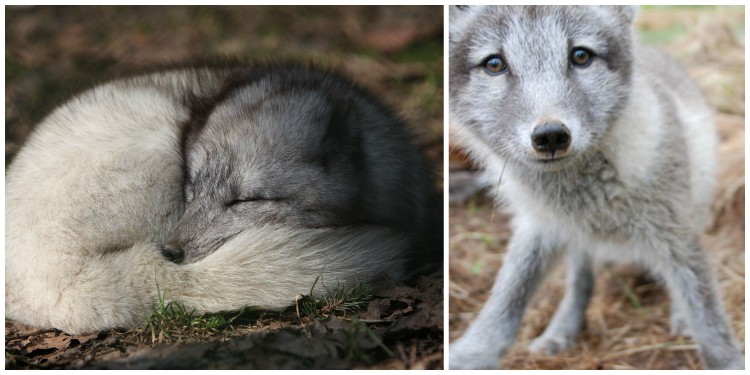 The arctic fox is the only domestic animal in Iceland, having been on the island before human settlement and having thought to have survived through the last ice age, which saw the island covered in glaciers. [Photos: Wikimedia (left) and Arctic Fox Center of Iceland (right)]

You can find the largest populations of the arctic fox where birdlife is most abundant, in the Westfjords of the country. Foxes are protected from hunting in the Hornstrandir Nature Reserve in the Westfjords, and are very abundant in that area, as a result.

Last but not least is the incredible Icelandic horse. Its short stature — they rarely grow taller than 145 cm — often has them mistaken for ponies, but don't say that to a proud Icelander. These guys are horses. End of story! 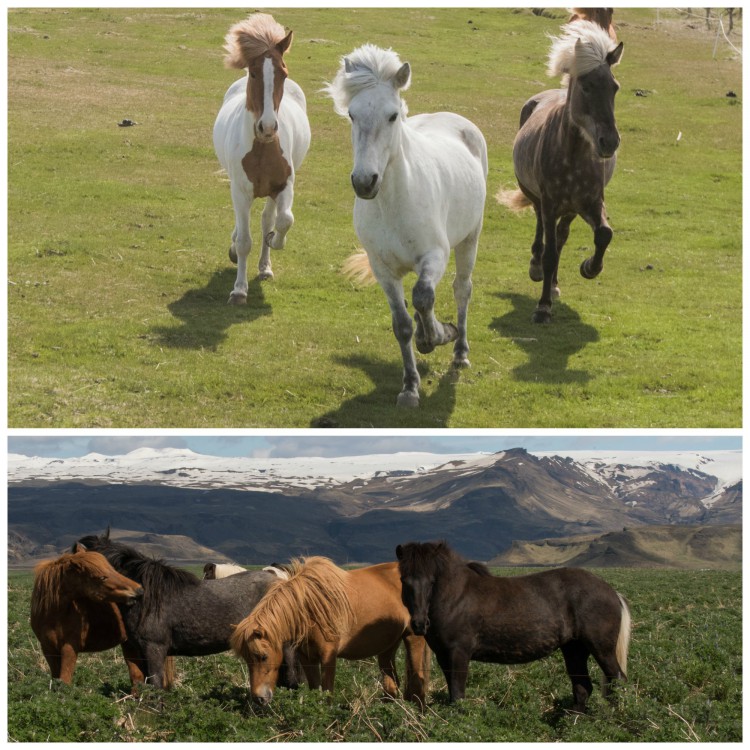 Icelandic horses often roam free to graze in the summer months and are rounded up come autumn. Photos by Bob Quinn.

On top of that, they're even more impressive than other breeds of horse, as they boast five gaits while other horses typically display four.

Icelandic horses have remained unique in the world thanks to regulations on import/export — it's illegal to import horses to Iceland and, if an Icelandic horse leaves the island it can never return. This is to protect the purity of the breed and to keep disease out of the country. 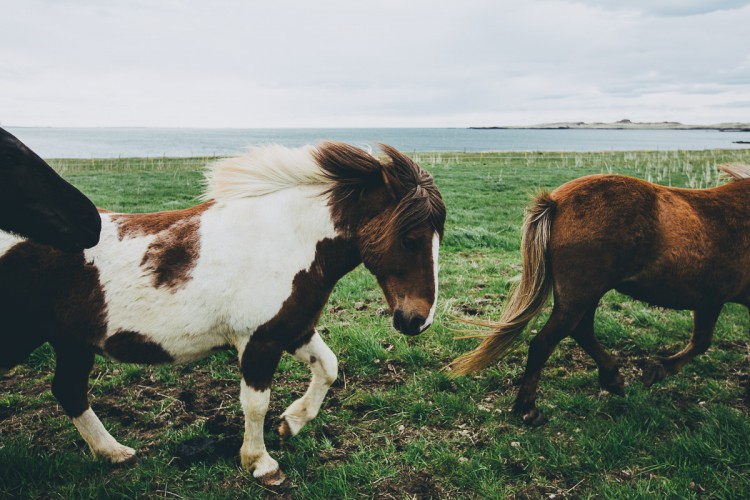 Daniel Brannan and his family travelled in Iceland in May and met a few horses still in their fluffy winter coats.

If you head up to Skagafjörður, in Northern Iceland, you can see the country's largest horse roundup pen. The area is the mecca of horsemanship in Iceland and a good place for equine encounters.

Psst... horse riding tours are a wonderful addition to many Iceland travel packages. Keep that in mind.

What are you waiting for? Come meet Iceland's wonderful wildlife for yourself!

Take a look at the photography of Bob Quinn and Daniel Brannan, travellers who visited Iceland with Nordic Visitor and were kind enough to share their amazing images with us following their trips.

5 things you may not know about the Puffin