Iceland is weird. There's the Icelandic language, with words like Eyjafjallajökull. Its landscapes, often resembling another planet, are bizarre. The weather is strange, often combining all seasons in one day. The architecture, especially the churches, can be peculiar. And then there are cultural norms that catch visitors off guard, like the swimming pool pre-bathing rules.

Celebrating this weirdness, we turn our attention now to Iceland's offbeat attractions. While the USA (pop. 300+ million) may be the undefeated world champion of wacky roadside attractions, Iceland (pop. 340,000) certainly punches above its weight in unusual museums, strange foods, dark folklore and quirky artworks.

Below are some places to make your next Iceland trip a bit more colourful and memorable.

It's never too late for new hobbies. A scenic drive along Arnarfjörður in the West Fjords brings you to a secluded farm at the very tip, Selárdalur, where Samúel Jónsson lived out his retirement years cultivating a life-long interest in art. Having had no formal training, Samúel's works can be described as naive art, with a childlike and almost cartoonish quality.

Among the notable works here are a statue of Leif the Lucky, the "Court of Lions" and a replica of an Indian temple. There's also a small chapel that—according to a local story—was built to house an alter piece Samúel had made that was rejected by the local church.

Even if art isn't your thing, the drive to Samuél Jónsson's Art Farm is worth it for stunning fjord views. (Source: Westfjords.is)

Was that a giant, serpent-like creature swimming in the sea? You might find the answer inside the Sea Monster Museum (Skrímslasetur) in the village of Bíldudalur in the West Fjords, housed appropriately in a converted fish factory, which displays eye-witness accounts by generations of local fishermen.

To get the beast idea of where the scariest creatures lurk—like the dreaded skeljaskrímsli (“shell monster”), visit the museum's interactive "monster table". You might think twice about dipping your toes in the sea.

There are many places in the West Fjords that will leave you spellbound, including the Museum of Icelandic Sorcery & Witchcraft (Galdrasýning á Ströndum) in Hólmavík, dedicated to Iceland's more macabre folklore. Here you can learn about old Viking traditions, occult practices, superstitions, sorcery, runic designs, witch hunts and necropants...yes, necropants.

Just up the coast in Bjarnarfjörður is the "sorcerer's cottage", another part of the museum that is well known for its traditional turf styling. 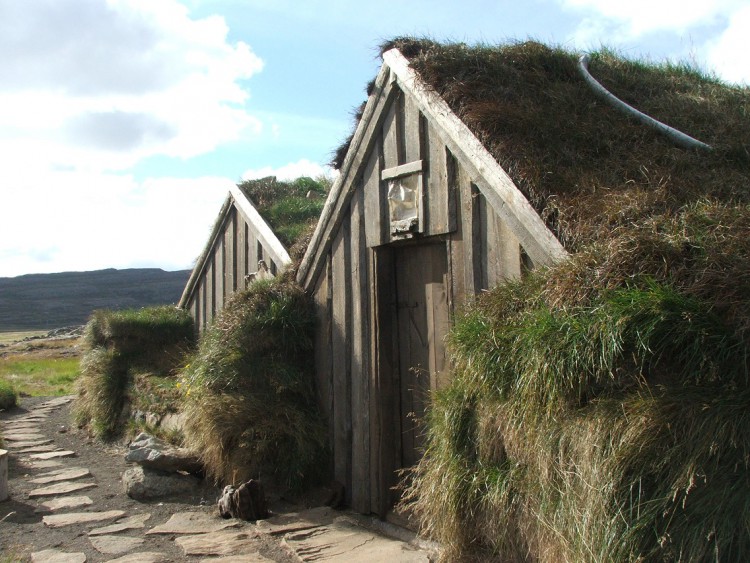 Judging by the first few places on this list, it seems the West Fjords region takes its quirkiness seriously. Nowhere is this more evident than at the Nonsense Museum (Dellusafnið) in Flateyri, a short drive from the main town Ísafjörður. Like the name indicates, it's an eccentric—yet meticulously curated—collection of this-and-that.

Dinosaur eggs? No, the 34 "Eggs of Merry Bay" (Eggin í Gleðivík) sculptures in the eastern town of Djúpavogur each represent a a different local bird species. Unveiled in 2009 by local artist Sigurður Guðmundsson, the giant eggs are easy to reach on the waterfront from the village centre. Great photo opportunity! 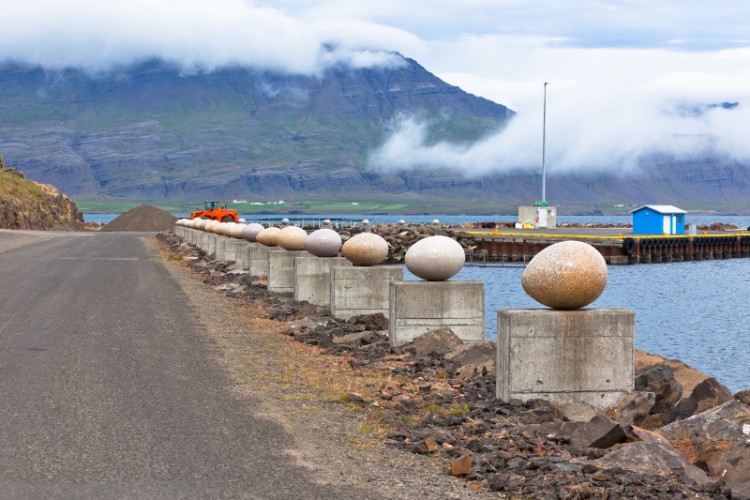 In short, this place rocks. Even if you’re not a geologist, you will be charmed by Petra's Stone Collection (Steinasafn Petru), located in Stöðvarfjörður in the East Fjords region.

Ljósbjörg Petra María Sveinsdóttir (Petra for short) began collecting rocks as a hobby in the 1940's and by the 1970's she had amassed such a collection of stones and minerals, mostly from East Iceland, that she opened her private home to curious guests. Sadly she passed away in 2012, but her legacy lives on for all to enjoy. 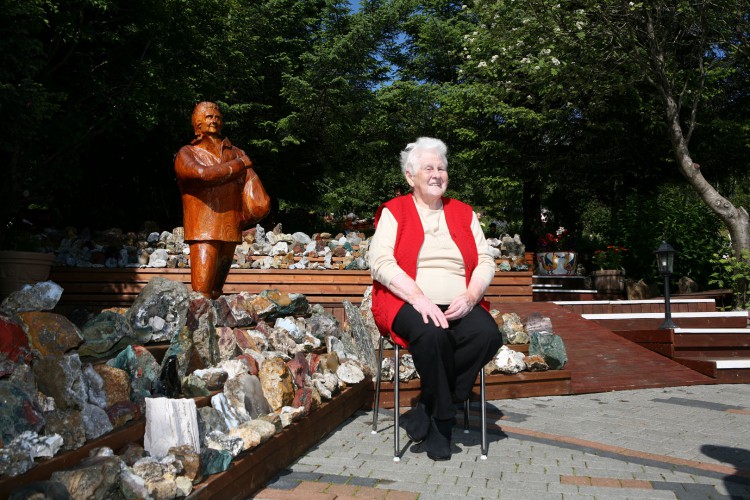 The late Petra in her elaborate garden. She originally began her stone collection as a home beautification project. (Source: Steinpetra.is)

In North Iceland the Christmas Spirit is alive and well year-round, and at the Christmas Garden (Jólagarðurinn) you can buy yuletide souvenirs, taste some local treats and learn all about Icelandic Christmas traditions, including the 13 Yule Lads, Grýla the "Christmas Ogress" and the infamous child-eating Christmas Cat. Yikes.

Here you can see where Santa does his business in his workshop, even in August, or do some business of your own in Santa's outhouse in the backyard. 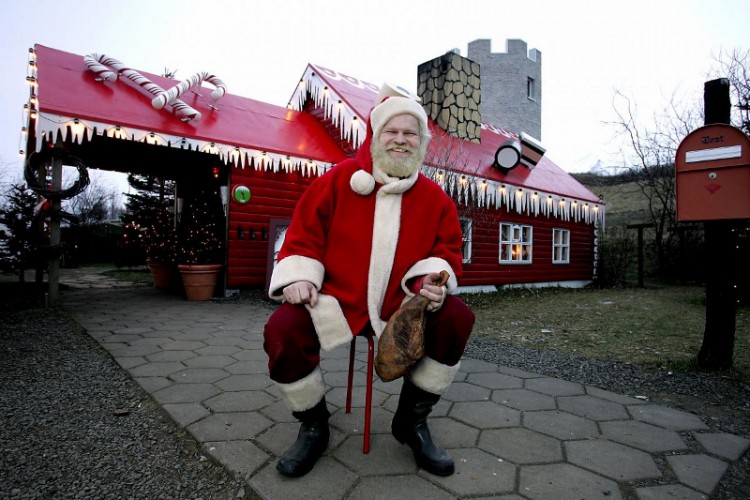 Sometimes Santa takes a break from his other home in Rovaniemi, Finland to hang out in North Iceland. (Photo: Valli, source; Visir.is)

This is exactly what you think: a wacky collection of small bits and pieces that you might otherwise find in your desk drawer or tool chest at home...only better organized and more interesting. The exhibits at the Museum of Small Things (Smámunusafnið) near Akureyri in North Iceland have all been curated by a local carpenter, including such things as pens, record needles, watches, hammers and you-name-it.

Chef and Travel Channel star Anthony Bourdain called Iceland's fermented shark meat "the single worst, most disgusting and terrible tasting thing" he's even eaten. But don't let that discourage you from forming your own opinion. Visit the Shark Museum in Bjarnarhöfn on the Snæfellnes peninsula to learn how this traditional delicacy is prepared and sample a fresh piece of hákarl.

It's an unforgettable culinary experience.

More kooky than spooky, the Ghost Centre (Draugasetrið) in the southern village of Stokkseyri is the place to go if you want to explore the mythical world of elves, trolls and other supernatural phenomena of Iceland. For real goosebumps, walk through the Ghost-Maze, where you can hear chilling ghost tales and occasionally be scared witless by a surprise ghoul. (Not for kids under 12.)

The northern lights are also on display inside, which is great if you're visiting in summer. Got time to kill? Pull up a seat at the museum's Ghost Bar and order a "ghost cocktail"...though it might haunt you the next day. 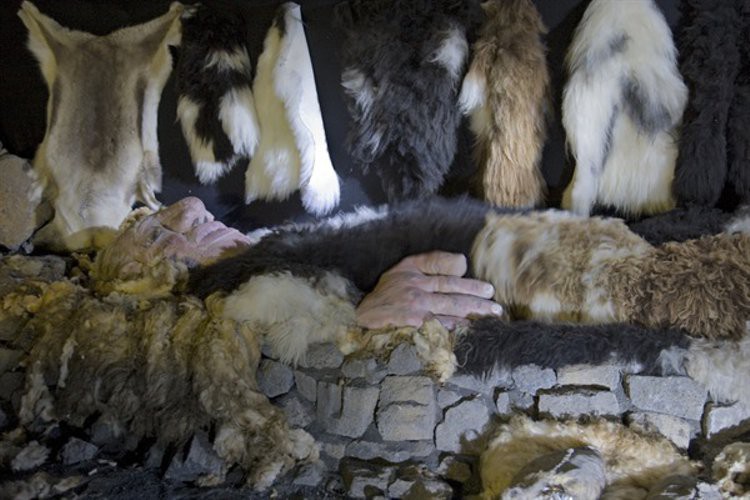 One of the creepy creatures of the Ghost Maze. (Source: icelandmonitor.mbl.is)

No list of weird Icelandic places is complete without the infamous Penis Museum in Reykjavík's city centre. But don't let the museum's small size mislead you: the collection contains over 200 specimens belonging to nearly all land and sea mammals that can be found in Iceland...including human.

This attraction is somewhat less controversial than you'd think, and some guests are disappointed that most exhibits are more scientific than naughty. (Hint: We're not going to ruin the surprise inside by posting a picture here. Guess you'll have to see for yourself!)

The best way to take in all these quirky sights? Of course, with a road trip! Nordic Visitor's best-selling Iceland Full Circle tour will cover the basics, but to include the West Fjords we recommend the Iceland Complete tour. Don't forget your camera and sense of humour.

Pop Quiz: Can you name this destination?

Photo of the Month: Chasing Waterfalls